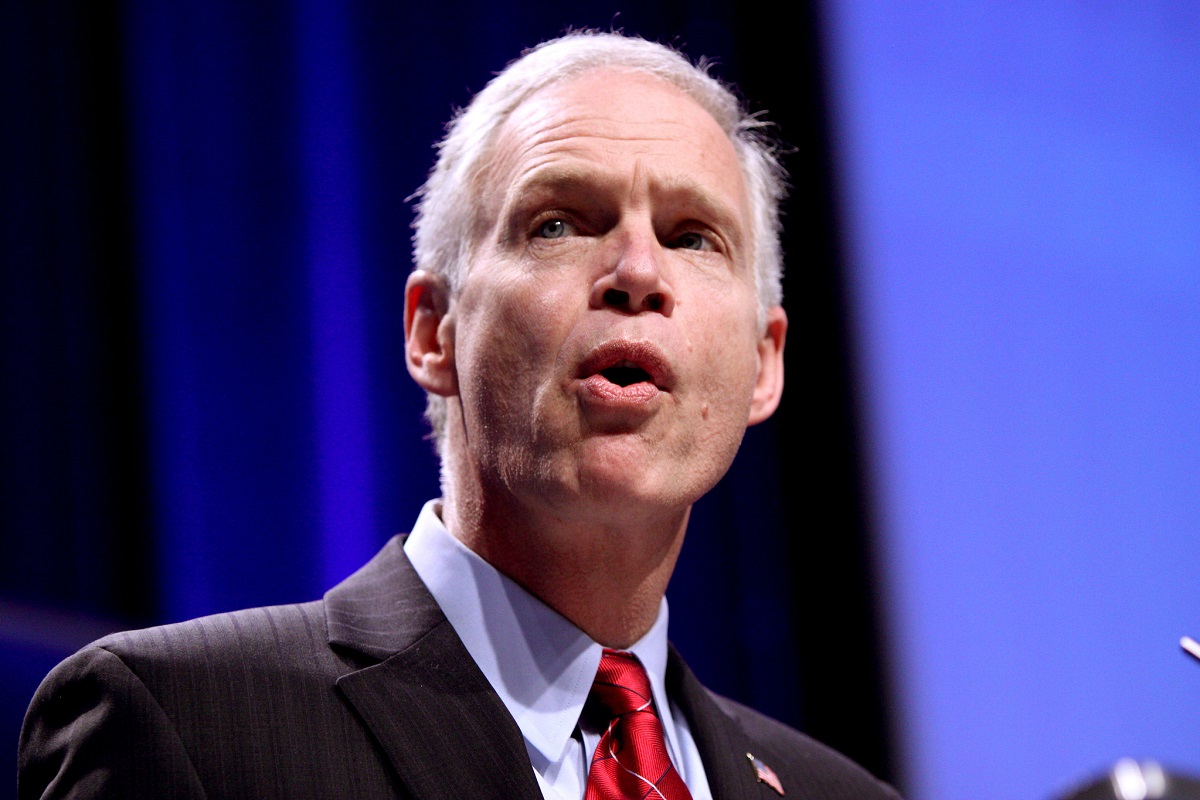 The Deep State rot at the FBI did not end with James Comey’s firing.

Many believe the FBI ran another op designed to hurt Donald Trump during the last Presidential contest.

And one Senator blew the whistle on how the FBI tried to rig the 2020 election.

Until this January, Wisconsin Republican Senator Ron Johnson served as Chairman of the Homeland Security Committee.

Johnson’s report turned up several damaging bombshells such as the allegations that the wife of the former mayor of Moscow wired Hunter Biden $3.5 million.

But after the administration ordered its enforcers to raid Giuliani’s house to seize his electronic devices to exact revenge on Giuliani for exposing the contents of Hunter Biden’s laptop, the Washington Post “coincidentally” published a story claiming both Giuliani and Johnson received defensive briefings from the FBI about being used as assets in a Russian intelligence operation to damage Joe Biden in the 2020 election.

In a statement to the Washington Post, Johnson revealed that he sniffed out the FBI falling back on the Russian collusion hoax playbook and quickly surmised that the briefing was a set-up so the FBI could later leak that it happened to discredit Johnson and his investigation into Hunter Biden’s corruption.

Johnson reported that the FBI briefers presented no evidence when Johnson asked for proof to back up their claim.

“Regarding reports that I received an FBI briefing warning me that I was a target of Russian disinformation, I can confirm I received such a briefing in August of 2020,” Johnson told the Post. “I asked the briefers what specific evidence they had regarding this warning, and they could not provide me anything other than the generalized warning. Without specific information, I felt the briefing was completely useless and unnecessary (since I was fully aware of the dangers of Russian disinformation).”

Johnson added that the briefing coincided with Democrats on the committee leaking hoax intelligence to the press that the FBI staged another partisan frame job.

“Because there was no substance to the briefing, and because it followed the production and leaking of a false intelligence product by Democrat leaders, I suspected that the briefing was being given to be used at some future date for the purpose that it is now being used: to offer the biased media an opportunity to falsely accuse me of being a tool of Russia despite warnings.”

Johnson was proven right about the FBI trying to set him up.

Last October when Giuliani first produced Hunter Biden’s laptop and the evidence of corruption that it contained, Donald Trump tried to make it a major campaign issue.

But social media censored the story by falsely claiming it was Russian disinformation.

Twitter locked the New York Post—who broke the story—out of their Twitter account for two weeks and banned anyone from sharing the story claiming it was the product of a hack.

Facebook suppressed the story alleging that it needed to “fact-checked” to prevent Russian election meddling.

A poll by the Media Research Center after the election showed enough voters may have swung to Trump had they known about the scandal.

And that’s why the FBI staged this phony briefing, so there was a pretext to frame Trump and his allies with the false accusation that they spread “Russian disinformation.”