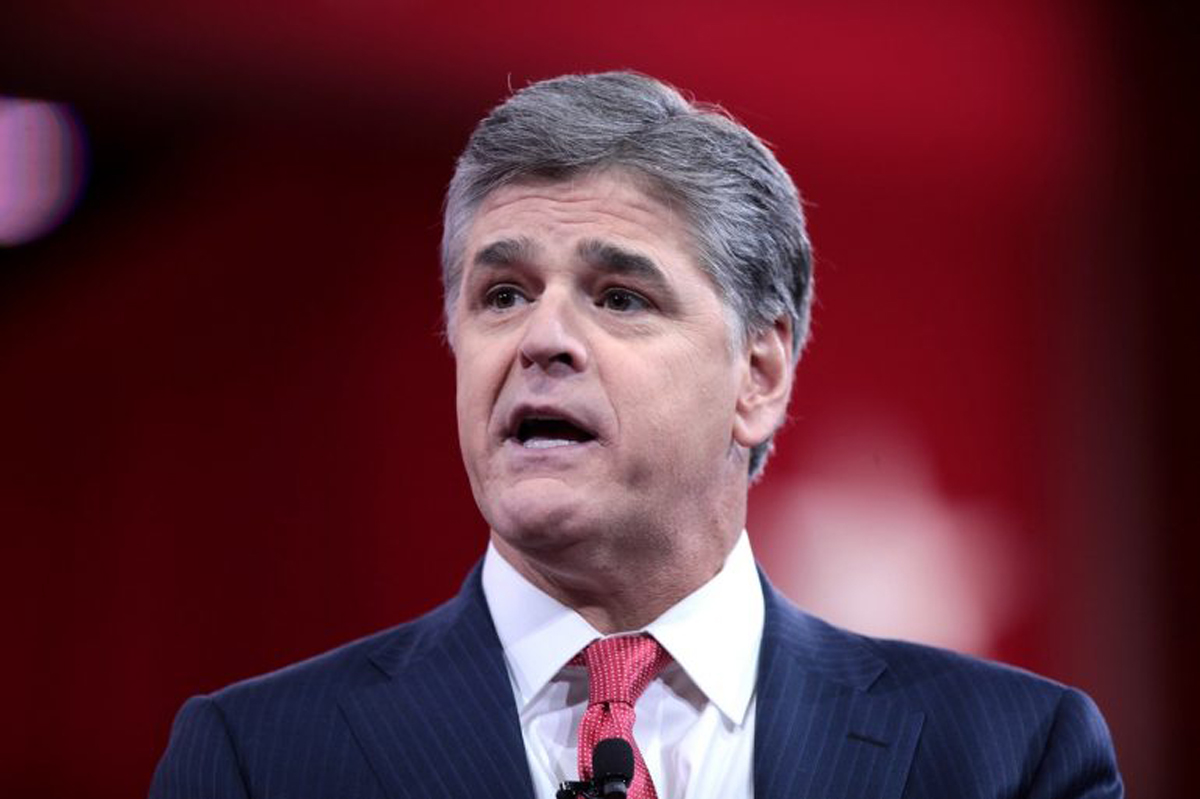 There may be a new rivalry at Fox News.

The feud involves the network’s two most popular hosts.

It started when Sean Hannity said something about Tucker Carlson that was the last thing anyone expected.

“And Brian Stelter, the host of the CNN program ‘Reliable Sources,’ told me that ‘you can see Tucker’s fingerprints all over the hardcover’ edition of his 2020 book ‘Hoax,’ which excoriates Fox News for amplifying Mr. Trump’s falsehoods. He said that he ‘couldn’t stomach’ talking to Mr. Carlson, who has grown ever more hard-line, for the updated paperback version that was just released,” Smith wrote.

This led to Sean Hannity attacking Carlson—though not by name—on social media and his Fox News show.

“@benyt Benny (Mr Believer in the dirty Russian disinformation dossier) I absolutely love that the prestigious NYT is now tweeting out @Popbitch!! I LOVE IT! & Here is a Hannity ‘secret’ I don’t give a s[—] what anyone says about me.I do my show for my audience loudly & proudly,” Hannity wrote on Twitter.

Hannity followed up that tweet by declaring on his Fox News show that the anonymous sources inside Fox that trashed Hannity to Stelter were “gutless.”

“Now, the big news is that some people at Fox apparently don’t like me and said bad things about me gutlessly behind my back, according to Ben Smith, to the members of the media mob,” Hannity exclaimed.

Hannity was not the only Fox News host upset at Carlson for supposedly leaking to Stelter.

Mark Levin ripped leakers as disloyal and lacking in character.

“I’ve been in this business almost 20 years. I worked in the Reagan administration for eight years. I never once, not once leaked anything to a newspaper or media outlet, ever — let alone the New York Times and their ilk. Certainly not about the people around me,” Levin added that leaking amounted to “a serious misunderstanding of one’s role, of loyalty, and character.”

Levin added that reporters like Stelter and his fellow anti-Fox activist Oliver Darcy approached Levin to try and pry information from him butthat he would never spill the beans.

“I used to be approached by the likes of a Brian Stelter, Oliver Darcy at CNN. I never sat down with them, never leaked anything to them,” Levin added.

Fox News has not commented on this rift between three of the network’s most popular hosts.

Fans are wondering if this is a dead issue now that Levin and Hannity got what they wanted to say off their chests or if there is more to come.