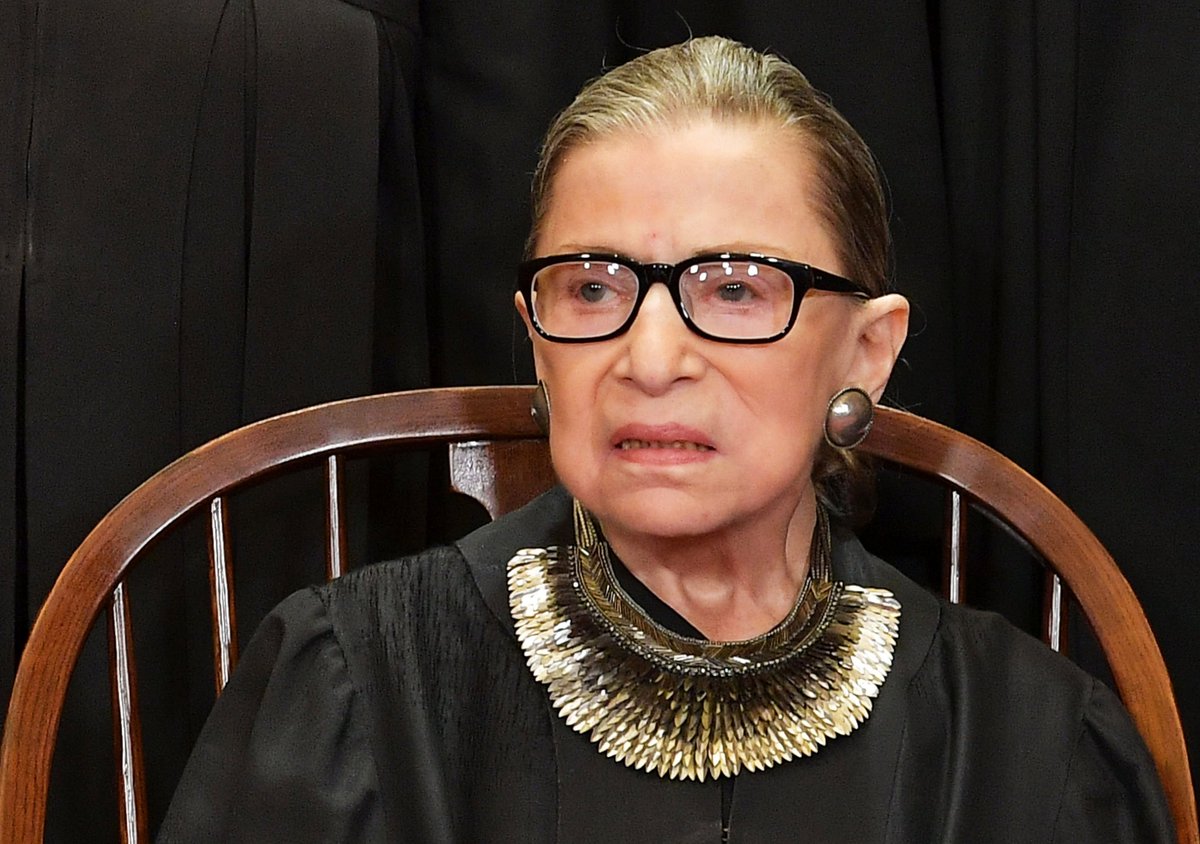 Ruth Bader Ginsburg is the leader of the group of liberal justices on the Supreme Court.

There has been much speculation over the last year about her future.

Now Democrats are terrified Ruth Bader Ginsburg may retire after this bombshell dropped.

The 86-year-old Ginsburg has battled broken ribs and four bouts of cancer over the last ten years.

Ginsburg is the very definition of an at-risk American for the coronavirus.

But while every American in the country is practicing social distancing by staying at home due to the government shutdown of gyms, bars, restaurants and other nonessential businesses, Ginsburg continues to work out at her gym with her personal trainer.

“Everybody’s been shut down. The only reason why I didn’t shut the justice down is because, hey, she ain’t having it,” Johnson told Law360. “She has that grandfather status to me and if she wants to train, that‘s the least that I can do.”

“Her choice is, she doesn’t make excuses not to do it,” Johnson added. “So we find ways to do it.”

In the interview, Johnson did explain that he took precautions such as wiping down every piece of equipment before Ginsburg used it.

Asked about the wisdom of continuing to train with Justice Ginsburg, a four-time cancer survivor, Johnson explained the steps he has taken to keep the liberal judicial icon safe.

“Well it’s like this: Before I go in, I wipe down every piece of equipment that I think she is going to touch and come in contact with,” Johnson said. “Then I go back in and wash my hands.”

Having trained with the justice for so long, he also explained how their sessions might differ from one in which there is close personal contact between the trainer and client.

“All I have to do is set it up and she just automatically knows exactly what I want to do,” he said. “It doesn’t require me to grab her, hold her, get up close and personal.”

Millions of Americans were furious when they found out Ginsburg believes she is too good to practice social distancing.

Liberals have created a myth around the aging and frail Ginsburg that she is this badass Rambo type that can grind younger trainers into the ground with her grueling workouts.

But the truth of the matter is Ginsburg needs help walking off and on the dais the justices sit on and she’s been known to fall asleep in public.

Every time Ginsburg ventures to the gym, she risks infection.

And if she steps away from the Supreme Court for any reason, that would create an imbalance on the court.

If Ginsburg retired, it would add another layer of chaos to an already deteriorating situation as the Senate would be forced to race back to Washington – and risk infection themselves – to confirm a successor.