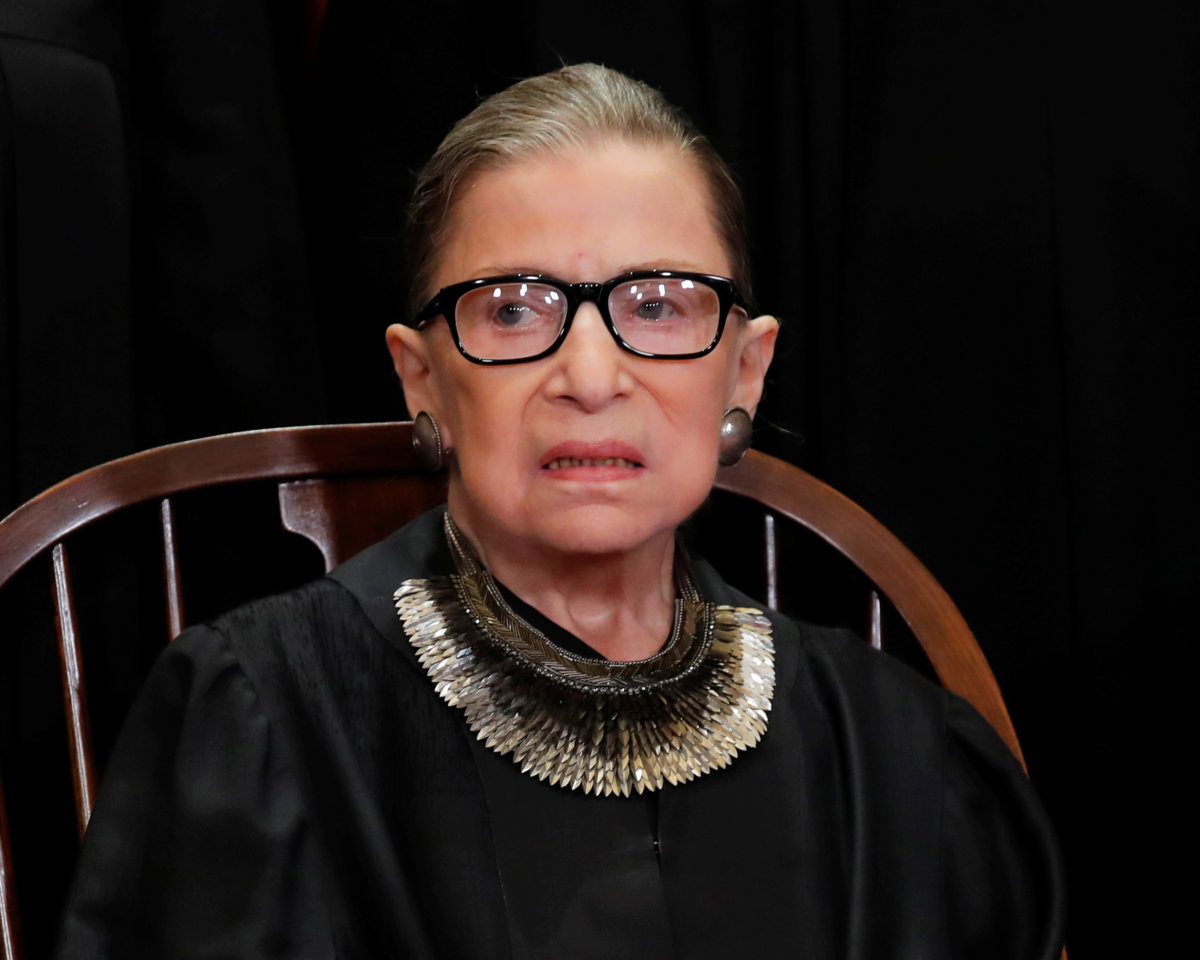 The courts will play a large role in shaping how the government responds to the coronavirus pandemic.

And the Supreme Court justices are on the frontlines.

Now Ruth Bader Ginsburg faces a coronavirus choice that no one could imagine.

It takes four Justices to vote to grant a writ of cert to allow it to hear an appeal of a decision from a lower court.

In the coming weeks, citizens will begin to file legal challenges to the outrageous abuses of authority Governors – the majority of whom were Democrats – who seized near unlimited power during the coronavirus pandemic to ban church services.

Ruth Bader Ginsburg and the other Justices will be on the hot seat as to if they will hear the appeals of all but certain legal challenges.

This issue came to a head over Easter weekend when Kentucky Democrat Governor Andy Beshear ordered police to record the license plate number of individuals that attended church service and then ordered them to self-quarantine for 14 days under the penalty of arrest.

The Governor claimed this was all being done in the name of public health.

“I want to thank our faith community out there,” Beshear claimed. “We got a lot of churches in this state, we’re down to just about seven that are thinking about having an in-person service, and we absolutely cannot bring people together in one building like that, because that is how the coronavirus spreads, and that’s how people die.”

“It is on every individual. That’s what one of our orders is about: not to go to a mass gathering,” he said. “And it’s not just the person that’s holding it, but every individual that goes to one of these will spread it to other individuals,” Beshear added.

The Governor then described his Gestapo-style plan where the Democrat Governor would terrorize Christians celebrating the resurrection of Jesus Christ at Easter services.

“So we’re having to take a new action, that I hoped that we wouldn’t,” Beshear ranted, “It’s that any individual that’s gonna participate in a mass gathering of any type that we know about this weekend. We are going to record license plates and provide it to local health departments, and local health departments are going to come to your door with an order for you to be quarantined for 14 days.”

Justice Department spokeswoman Kerri Kupec issued a statement promising that the Attorney General would not let Beshear’s assault on the fundamental right of all Americans to the free exercise of religion to stand.

“During this sacred week for many Americans, AG Barr is monitoring govt regulation of religious services. While social distancing policies are appropriate during this emergency, they must be applied evenhandedly & not single out religious orgs. Expect action from DOJ next week!” Kupec wrote.

Even in times of emergency, America is still a Constitutional Republic.

Citizens are counting on the Supreme Court to step in and end the tin-pot tyranny Americans in states led by Democrat governors are living under.

And that begins with Democrats using the coronavirus as an excuse to ban the free exercise of religion.