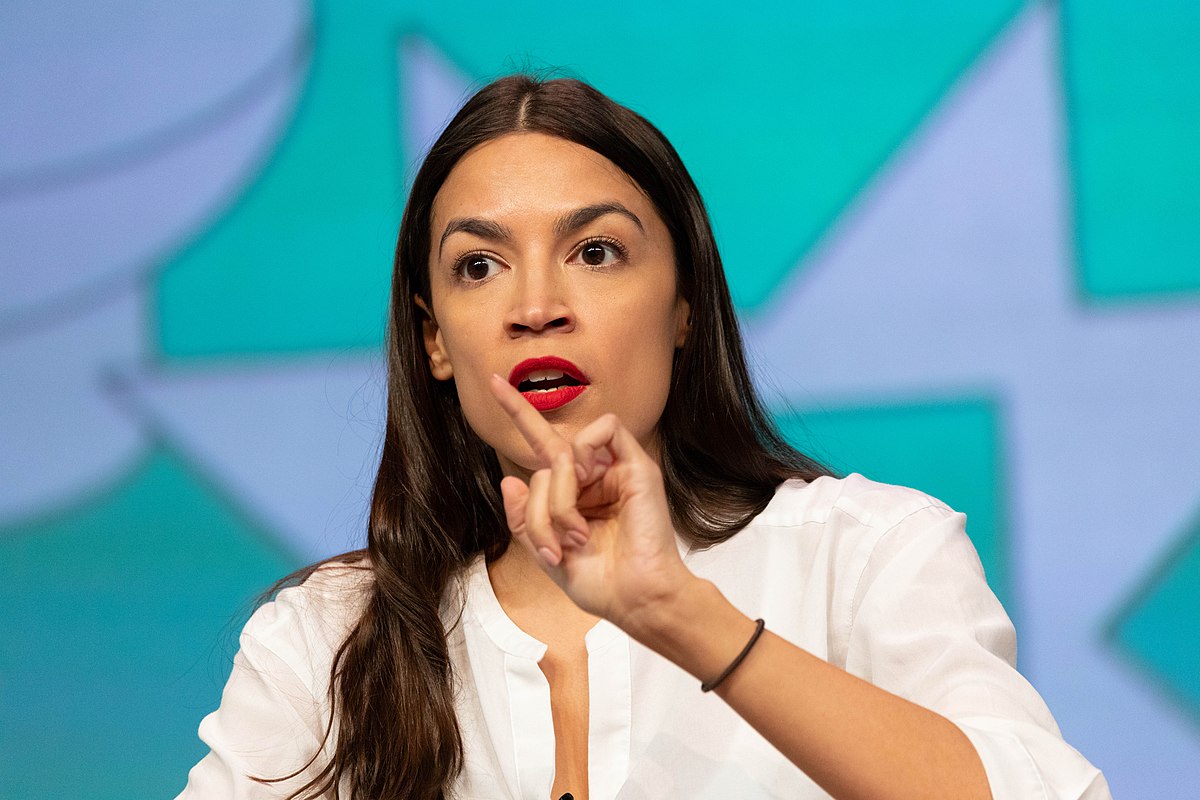 Ruth Bader Ginsberg’s time on the Supreme Court is winding down.

All of Washington is wondering when she will retire.

And now Ruth Bader Ginsberg whispered this one secret to Alexandria Ocasio Cortez.

Since Alexandria Ocasio-Cortez can’t figure out how to work a garbage disposal and doesn’t know the three branches of the government, it’s safe to say that she isn’t the sharpest knife in the drawer.

She got an entire college degree in economics and came up with the Green New Deal which was going to give an income to every American who was unwilling to work and banned air travel.

Ruth Bader Ginsburg had to call out another one of her plans as an unrealistic pipe dream that she, and the others that support it, are just using to get attention.

Ocasio-Cortez thinks that the Electoral College is a scam that gives too much power to white voters and that it needs to be gotten rid of.

It would be too much to ask of her to understand that the Electoral College is designed so that states with larger populations can’t dominate smaller states.

She doesn’t like the Electoral College because it didn’t work in the Democrats’ favor in the last election and in her mind everything that she doesn’t like is racist.

Ruth Bader Ginsburg said to a crowd at the University of Chicago that they needed to focus on more constructive and realistic goals.

Getting rid of the Electoral College would require a change to the Constitution. Ginsburg explained, “It’s largely a dream because our Constitution is … hard to amend.”

For a change to be made to the Constitution, it needs to be ratified by three-fourths of the State legislatures.

The last amendment to be ratified was passed in 1789 but was not ratified until 1992.

Ginsburg said that the attempts made to end the Electoral College were, “more theoretical than real.”

The reason why young liberals like Ocasio-Cortez are more dangerous than the older generation is because people like Ginsburg at least respect the laws of America.

Ocasio-Cortez and her Squad feel like they have so much moral superiority that they should be able to do whatever they want.

Do you think that the Electoral College is good for America?