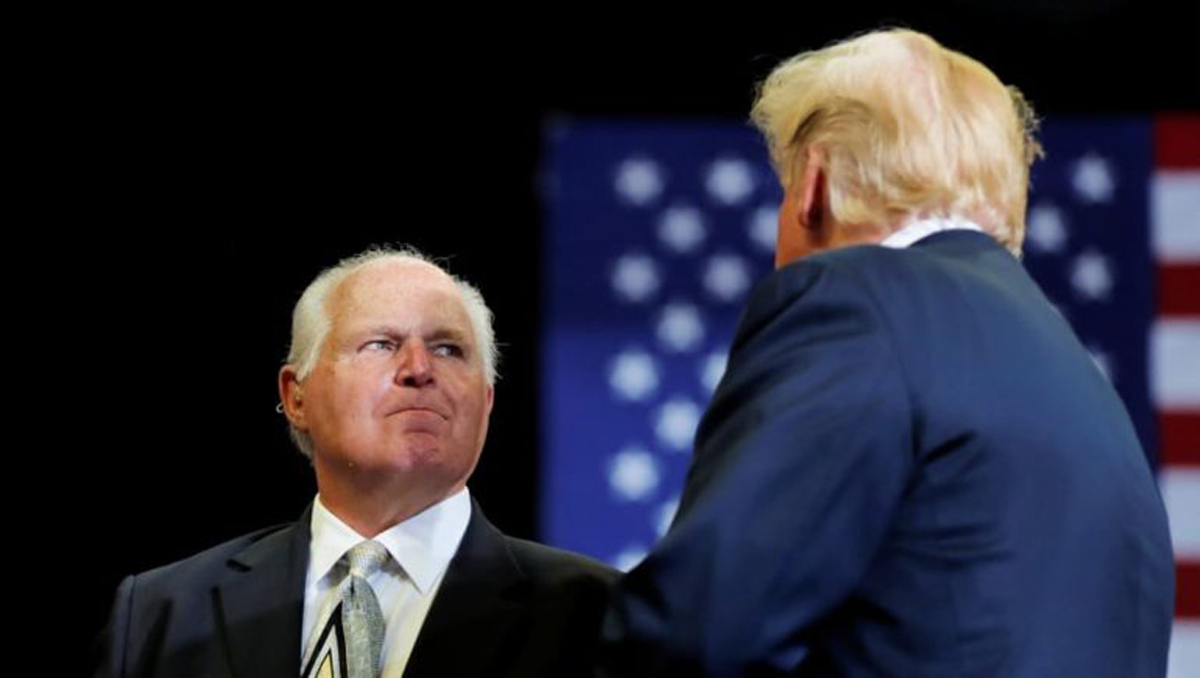 President Donald Trump is in trouble.

The Obama Deep State is scheming to remove Trump from office.

And Rush Limbaugh warned Donald Trump about the one thing that could destroy him.

As reported by Black Eye Politics:

The radio legend truly paved the way for Donald Trump to make his way into the presidency.

While the coastal elites have been pushing insane left-wing views into the minds of those they can reach, Middle America has been listening to Limbaugh.

Blue collar types on their way to work, or even on the job, have been listening to every word from Limbaugh for many years.

And when President Trump showed up, speaking in the same brash, unapologetic, straight to the point way, those people latched on.

They truly were the forgotten Americans and the silent majority.

That’s why Limbaugh continues to wield his influence to promote President Trump’s agenda, and to push back against the radical left trying to shut him down.

And in a recent broadcast, he masterfully exposed a Democrat scheme that he predicts will create big problems for Trump as we get closer to 2020.

He points out that on Wednesday, the media couldn’t stop rambling on about how the U.S. economy is on the brink of a recession.

Their panicked predictions came based on a brief, but sharp decline in the stock market.

But in reality, that slight hiccup really meant nothing.

Former Federal Reserve Chair Janet Yellen even went on Fox News to state that we are not on the verge of a recession, dismissing panicked predictions as “conspiracy theories.”

Yet, the media wouldn’t stop claiming it, at least for the day.

So on Thursday, Limbaugh points out his bold prediction about why they did that:

Of course, it didn’t work.

But Limbaugh explains that this was just their first attempt to do something like this.

And he also points out the fact that the media was careful not to go all-out and claim when a recession would happen, but rather keep it brief, stating that we are on the “verge” of one.

“They didn’t say we’re in a recession,” Limbaugh said. “They said we’re on the verge. It’s just around the corner. They’re using the inverted yield curve, which, of course, nobody understands. And it’s even more difficult to try to explain to somebody what it is.”

After explaining this, Limbaugh goes on to explain that this won’t be the last time they try this, and he explains how he believes they will try to manufacture a crisis yet again:

“Come up with some economic calamity that nobody can possibly understand to explain why we’re going into recession. Only the economic wizards of smart understand. So keep a sharp eye, because I think they’ll probably deem what they did yesterday a success.”

A theory like this may have been extreme to imagine a few years ago.

But the media is fully at war with President Trump and his supporters.

Do you listen to Rush Limbaugh on the radio?