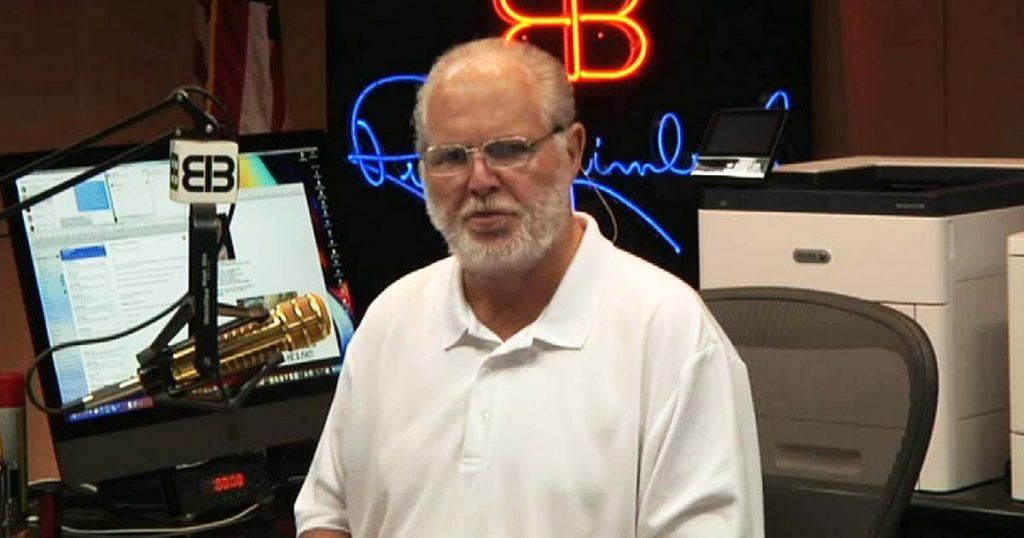 The last year has been a battle for Rush.

And Rush Limbaugh brought listeners to tears with this update about his health.

Back in January doctors diagnosed Limbaugh with stage four cancer.

The disease was terminal.

“Now, in January of this year, toward the end of the month, I received a — you all know, but there’s something I want to say about it — stage 4, advanced lung cancer, terminal diagnosis. The objective of everybody involved was to extend life for as long as possible as enjoyably as possible,” Limbaugh told his listeners.

Throughout the year when Limbaugh delivered rare updates to his audience, he couched in terms of how his doctors were working on extending life.

“Well, back in late January when I received this diagnosis — and I was shocked. I was stunned, and I was in denial for about a week. I mean, I’m Rush Limbaugh. I’m Mister Big of the Vast Right-Wing Conspiracy. I mean, I’m indestructible. I said, ‘This can’t be right,’ but it was. What I didn’t know at the time that I learned later in the course of the year was that I wasn’t expected to be alive today,” Limbaugh explained.

However, Limbaugh revealed that when doctors first identified his cancer, they did not believe he would live to the end of the year.

This was an emotional broadcast for Limbaugh.

Many listeners were worried it could be his very last show ever.

If Rush Limbaugh never broadcasts another program it will leave a massive hole in the American media landscape.

Rush Limbaugh’s show serves the same function on the right that The New York Times does on the left.

Left-wing anchors on CNN, MSNBC, ABC, CBS and NBC look to the Times to see what stories they are covering and how the paper is attacking Republicans to set the agenda for the day.

For conservatives, the opening monologue of Rush Limbaugh’s show often cued Republican Party elected officials as to what was the biggest concern facing their voters.

And they hope that included Rush Limbaugh continuing his program.