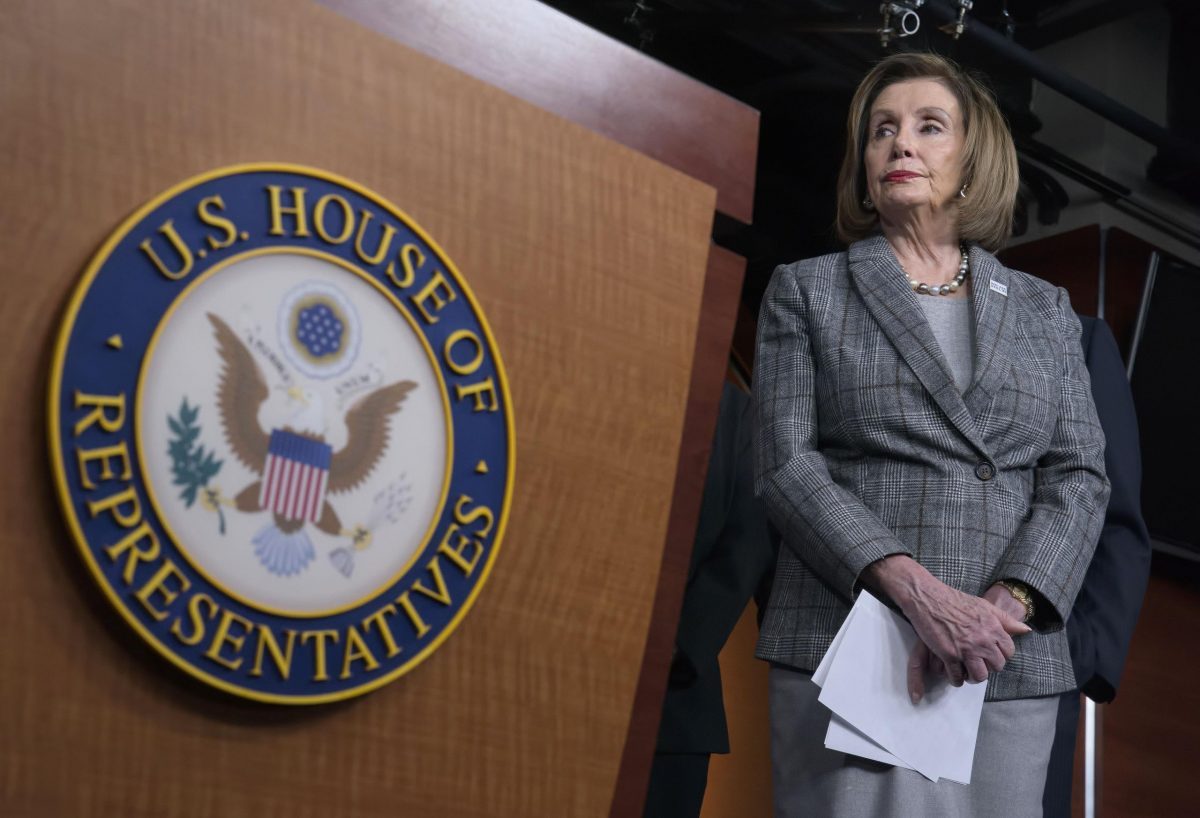 Democrats using impeachment to pull off one of the great political scams in American history.

But the walls around the Democrats are beginning to close in.

Rush Limbaugh blew the whistle on a game-changing secret that Nancy Pelosi wanted to bury.

The first huge mistake she made was starting impeachment before launching an investigation.

She made it clear with that one leap that she wasn’t working in good faith because she already thought that Trump was guilty from the beginning.

The second big mistake she made was the secret impeachment inquiry that kept the American people in the dark about the real facts of impeachment.

She alienated voters throughout her process and tried to undermine the democratic election process that America had in place by unfairly trying to remove a President without explaining it to the American people.

But her last mistake is the biggest one of them all.

Her petty grab to control the Senate trial by withholding the impeachment articles is not only unquestionably juvenile, but it’s also destroyed any credibility that she built up during impeachment.

As Rush Limbaugh pointed out, Nancy Pelosi supposedly gathered together all the evidence that was needed to impeach President Trump already but now she’s claiming that her impeachment is too weak to send off to the Senate without additional witnesses.

According to the Daily Wire:

Rush pointed to Pelosi’s press conference Thursday at which she effectively explained why the Senate dismissing the articles would be better for everyone.

“In terms of impeachment, you all keep asking me the same question; I keep giving you the same answer,” Pelosi said at the presser. “As I said right from the start, we need to see the arena in which we are sending our managers. Is that too much to ask? You probably heard one way or another some of them have suggested they might want to ‘dismiss.’ Dismiss equals cover-up. Dismiss equals admission.”

After playing the clip, Limbaugh offered Pelosi some advice. “Miss Pelosi, I realize I’m not as smart as you are, but if you have two options — you send ’em over there and you get an acquittal or the Senate dismisses and you get a chance to run around and say, ‘That’s an admission of guilt. These partisan Republicans don’t even want the trial. They’ve dismissed the charges. Trump’s guilty’ — which of those two options is the better? Certainly not acquittal!” he said.

“She’s just made the case for advocating that the Senate dismiss the charges,” Rush stressed. “Her own language: ‘Dismiss equals cover-up. Dismiss equals admission.’ She should be pushing for a dismissal because the alternative is an acquittal, and an acquittal does not help her. It does not help the Democrats in the 2020 presidential campaign. It doesn’t help any of those candidates. It doesn’t help the media.”

At some point, she’ll have to face the fact that impeachment was an enormous mistake for the Democrats.

Do you think the fact that Nancy Pelosi won’t send impeachment over to the Senate proves that it’s complete rubbish?