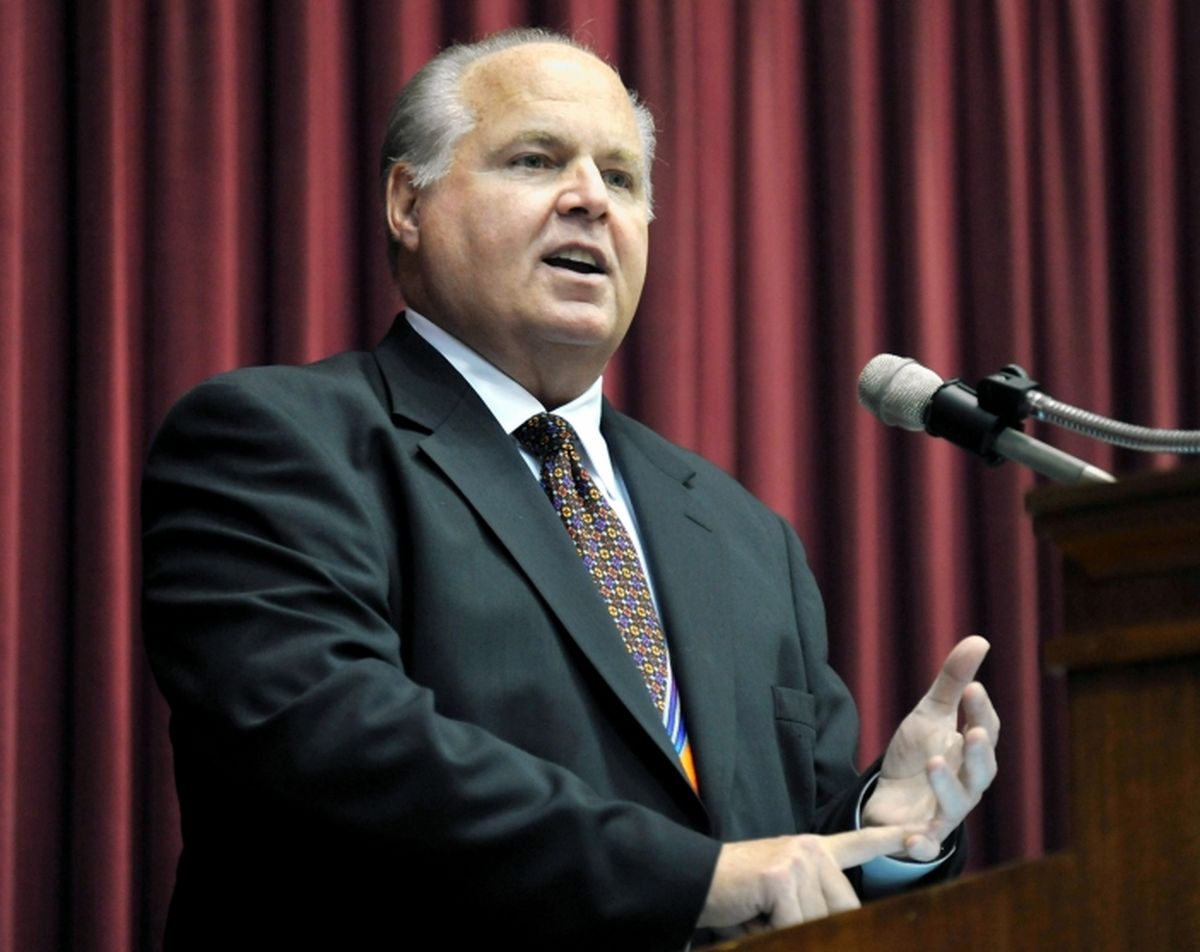 American looks like it is coming apart at the seams.

The left is hoping to capitalize on race riots, a pandemic, and double-digit unemployment to seize back power.

And then Rush Limbaugh made this scary prediction about 2020.

When the protests erupted after four Minneapolis police officers allegedly murdered George Floyd, many Americans assumed the demonstrators were in the streets demanding change in police tactics.

But as the protests turned to riots and the demonstrations dragged on for weeks, many in the public wondered what the end goal of the Black Lives Matter political movement really was.

A caller asked Rush Limbaugh if America was headed for an implosion due to domestic political unrest fomented by the left.

Limbaugh admitted that may be a possibility, but he differed on the cause.

In his telling, Limbaugh explained that Black Lives Matter and other leftist agitators were not leading a political rebellion, but instead waging a cultural revolution.

“Possibly, but I don’t think it’s imminent. I think it looks like it is. The reason I don’t think it’s gonna happen is because what we’re up against is not really a political revolution. I know this is gonna be like a fine-line differentiation. We’re up against a cultural revolution here. And these things all end because they eat each other. They end up subsuming themselves. Now, not to say that they’re not gonna have a long-lasting impact on things, but the longer they go on, the more people they repulse,” Limbaugh stated.

The caller added that when he was active duty military, he thought the biggest threat America faced was from a foreign enemy.

But now the caller realized the greatest danger posed to the nation came from a radicalized political left trying to tear the nation apart.

“Well, you’re right. That is the primary — but, you know, this falling from within is still external. It’s all the result of communist influence — Russia, Soviet Union, ChiCom. I mean, that’s where all this is. We’re up against communism. You can call it Black Lives Matter. You can call it whatever some of their favorite little pet names of their organizations are, Occupy Wall Street. We are up against communism. We’re up against Marxist theory that we are seeing be implemented and approved of and sponsored by a political party, the Democrat Party,” Limbaugh added.

And there are elements of Marxist philosophy embedded in the Black Lives Matter political movement.

Like the communists, Black Lives Matter openly states its goal is to “disrupt” the traditional nuclear family.

In George Orwell’s “1984,” “the Party” enforced discipline by turning children into the “League of Junior Spies” to rat out their parents for supposed “thought crime.”

And in 1975 when the Khmer Rouge took over Cambodia, they imposed a “year zero” calendar by erasing all history that came before their murderous government seized power.

A similar campaign is being waged in America as Black Lives Matter activists first demanded the removal of Confederate monuments and have now moved on to tearing down statues of Francis Scott Key, Ulysses S. Grant, George Washington and Thomas Jefferson.

Many Americans are starting to realize that Black Lives Matter is not out to just “reform the police.”

They are seeking a wholesale overthrow of the American culture and way of life and replacing it with a tyrannical left-wing alternative.