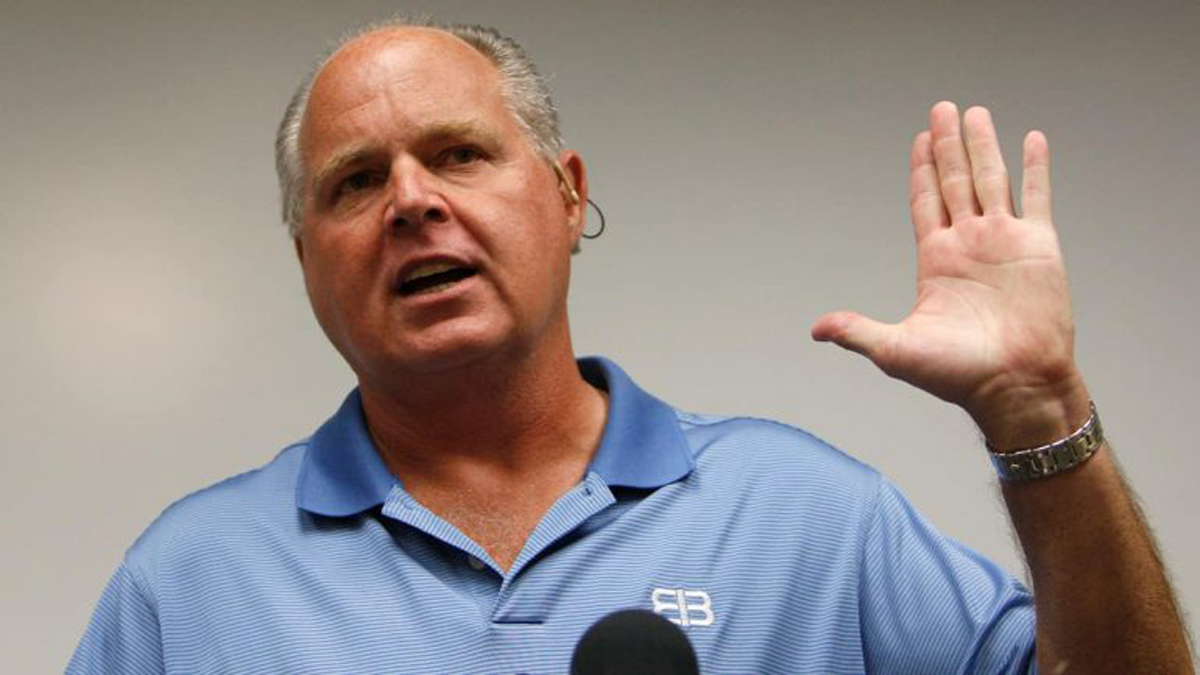 During the Presidential campaign, the media hid important facts about Joe Biden.

But now that he is in the Oval Office all bets are off.

And Rush Limbaugh blew the whistle on a health issue that could force Joe Biden to resign.

Throughout the presidential campaign, Joe Biden appeared dazed, frail, and often times had no idea where he was or what he was doing.

Many Americans took that as a sign of early onset dementia at worst or serious cognitive decline at best.

But Joe Biden’s enablers in the fake news media claimed he was of sound mind.

That was obviously a lie.

Once the election was over the media reported the truth about Joe Biden’s growing senility.

In a POLITICO article, reporter Natasha Korecki wrote about an anecdote where Joe Biden’s staff had to remind him of what he said in a recent speech because Biden completely forgot the remarks he made.

For higher-profile remarks, [Biden would] obsessively rehearse portions until he committed them to memory. And at times through the various iterations of outlining remarks, Biden could grow downright ornery.

“I would never say this,” Biden once snapped at an aide, aghast over the prepared remarks he was reviewing, according to a person in the room during a speech prep session last year. “Where did you get this from?’”

The aide explained that Biden had just said it in a public speech a couple of weeks earlier.

To many Americans, this is a frightening story.

Biden now holds the authority to make decisions that involve life and death.

But the man who holds the nuclear codes can’t remember what he said in a prepared speech and needs his staff to babysit him.

These stories never came out during the campaign because Joe Biden would have clearly lost the election.

No matter what the American people thought of Donald Trump, they would not have elected a man who they believed was suffering from cognitive decline.

Rush Limbaugh revealed the media now felt free to report on Biden’s senility because Kamala Harris was ensconced as Vice President and the Cabinet could use the 25th Amendment to replace Biden with Harris.

“And I guess Biden’s cognitive decline is no longer taboo. The media can report it. Why? There’s an answer. Kamala Harris is the answer. That’s why. Get used to it, folks. You’re gonna see a trickle at first. Stories about Biden’s cognitive decline, the fact that his abilities to remember things, know where he is, that they actually have been on the wane, the incidents actually have been increasing. The media is no longer gonna cover them up. Has to be a reason. And there are many, but one of the main reasons is Kamala Harris. So, keep a sharp eye,” Limbaugh explained.