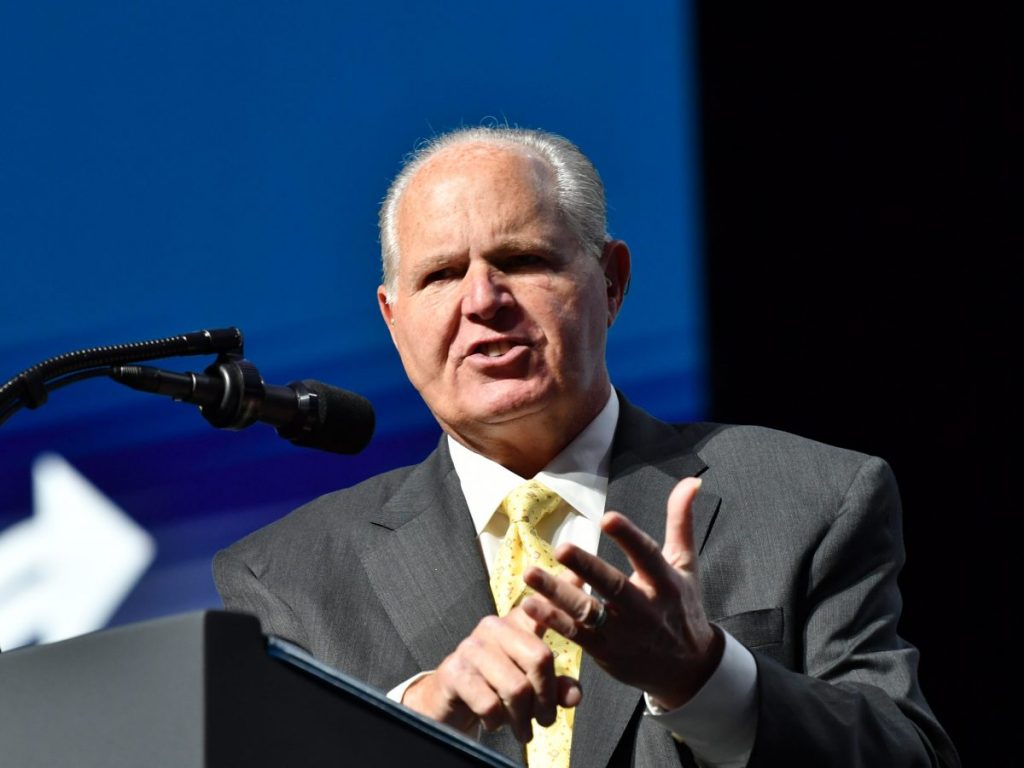 They thought even Rush Limbaugh turned on the President.

But Rush Limbaugh had one jaw dropping response to accusations he sold out Trump.

Donald Trump is still fighting for his political life.

The President needs all the allies he can find.

But Rush Limbaugh was accused of betraying President Trump. This is how Rush responded.

“You call a gigantic press conference like that — one that lasts an hour — and you announce massive bombshells, then you better have some bombshells. There better be something at that press conference other than what we got…I talked to so many people who were blown away by it, by the very nature of the press conference. They promised blockbuster stuff and then nothing happened, and that’s just, it’s not good,” Limbaugh stated.

Rush took great offense to this and told his audience it was not so.

Limbaugh said he was not “pulling a Chris Christie.”

What Limbaugh meant by that was he was not echoing former New Jersey Governor and supposed Trump supporter Chris Christie’s blistering criticism of the Trump legal team.

“The conduct of the president’s legal team has been a national embarrassment,” Christie said on ABC’s “This Week.”

Instead, Limbaugh told his audience that he was commenting on a specific moment in time while still holding out hope that Powell would produce evidence of voter fraud.

“And Mediaite has typed it up here as though I personally am slamming the Trump legal team. You might want to interpret it that way. Maybe you can. But I was watching it expecting something big to come out of it. But I’m still waiting. That’s the difference. I have not given up that there isn’t something. The more you look into what happened, when you look at the way Horowitz, as I just shared with you, frames what happened here, I mean, you would have to work really hard to believe there wasn’t any fraud here,” Limbaugh added.

Rush Limbaugh is the biggest name in conservative media.

And he is one of Donald Trump’s strongest supporters.

It should come as no surprise that the fake news media would seek to twist his comments to make it seem like conservatives were bailing on President Trump because Donald Trump is the last one to know his legal challenges are doomed to fail.

Rush Limbaugh does not believe that.

And polls show the overwhelming majority of Republicans believe the 2020 election was rife with fraud and that Joe Biden was not the rightful winner.

That’s why the President’s legal challenges are so important.

The American people are owed a full accounting of the 2020 election as well as an answer on every allegation of voter fraud.