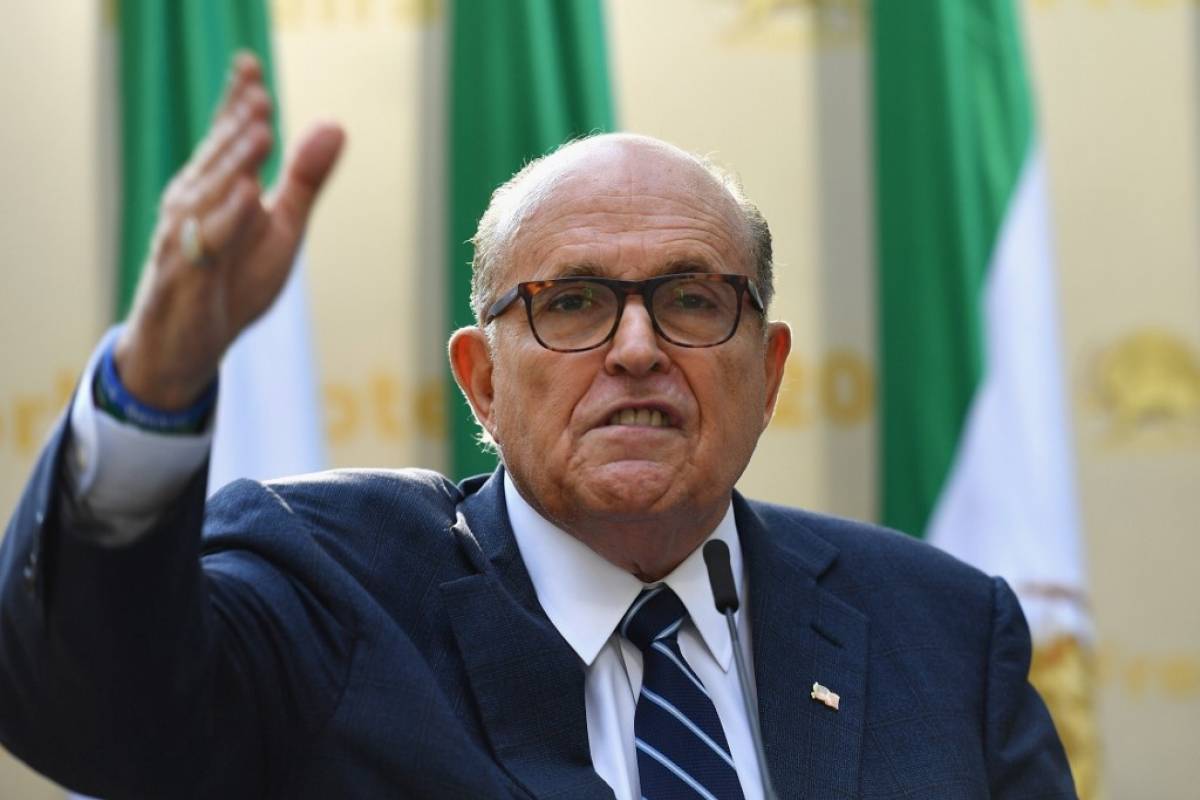 Rudy Giualini’s work in Ukraine to expose Joe Biden’s corruption is at the heart of Donald Trump’s impeachment defense.

But now Rudy is singing a different tune.

And  Rudy Giuliani came forward with one admission that stopped impeachment in its tracks.

Rudy Giuliani loves nothing more than giving the left a taste of justice.

The former federal prosecutor and President Donald Trump’s personal lawyer knows his way around the law.

And now, he is weighing in on the impeachment trial against President Trump.

When asked if he would represent Trump in the impending Senate trial, Giuliani responded that he would love to represent his client in this unjust trial.

Giuliani then drilled home the fact that Trump did absolutely nothing wrong in his dealings with the Ukrainian government. Rather, the true criminals are former Vice President Joe Biden, and his son Hunter Biden.

Trump was impeached based on the lie that he attempted a quid pro quo by withholding aid to the Ukrainian military government in order to bribe the Ukrainian President into publicly investigating the Bidens’ dealings in Ukraine.

This, of course, is just another outrageous lie told by the left in the hopes that President Trump will be removed from office.

Trump has spent every minute of his presidency fighting to undo the corruption in Washington and the damage to this country that the Obama administration left.

Giuliani stated that the Bidens are the ones who are guilty, not his client.

Hunter Biden served as a board member to a Ukrainian gas company at the same time his father was calling for the removal of Ukraine’s top prosecutor, claiming that it was part of the Obama administration’s efforts to rid the country of corruption.

But the left is famous for trying to cover their tracks.

In an interview with the New York Times, Giuliani spoke more on the trial and the corruption of the left. He is eager to join this fight, cross-examining every shred of evidence falsely and unfairly brought against the President:

“I’m great at it. It’s what I do best as a lawyer. That’s what I would be good at,” he said. “Oh, I would love it, I could rip — you know, I hate to sound like a ridiculously boastful lawyer, but cross-examining them would be, I don’t know, I could’ve done it when I was a second-year assistant U.S. attorney. They’re a bunch of clowns.”

“As far as I’m concerned, I will be happy with the trial, because we did nothing wrong,” Giuliani concluded.

President Trump’s allies will continue to fight for him night and day, until he is acquitted in a fair and just trial in the Senate.