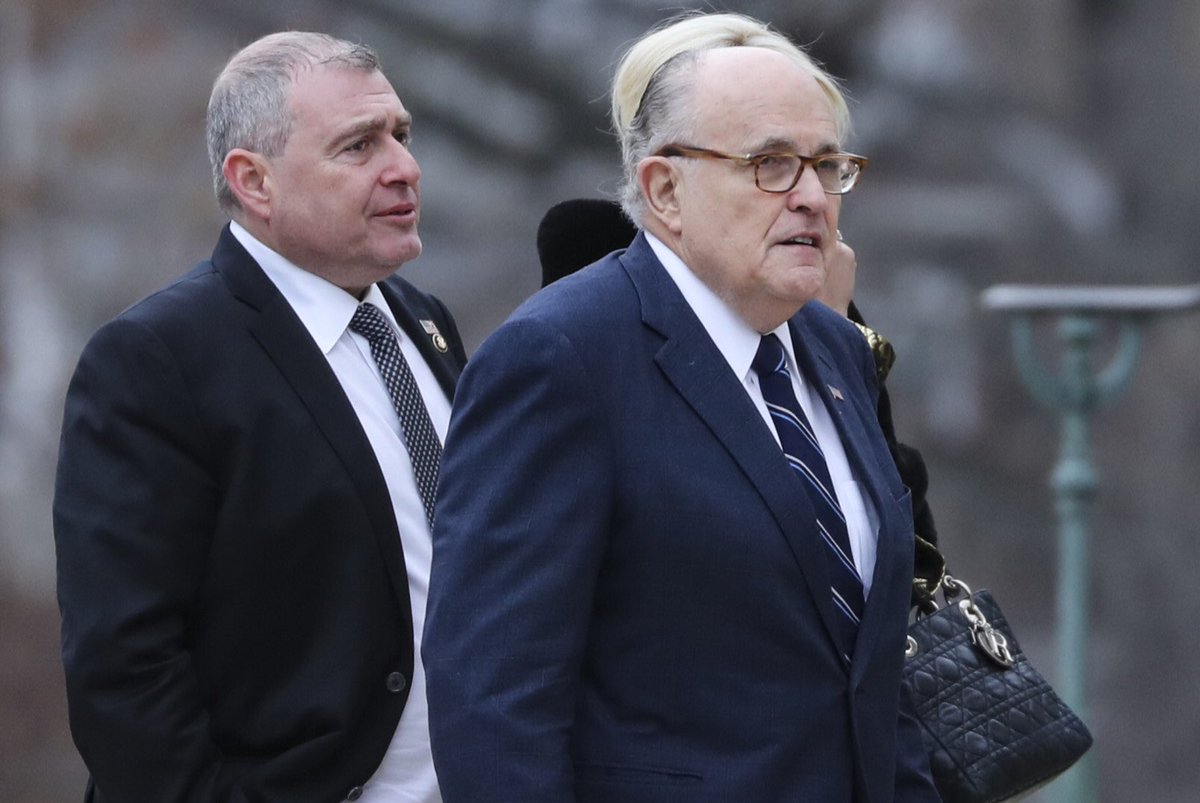 Adam Schiff Suffered This Humiliation. What Happened Next Will Shock You

Donald Trump’s personal lawyer Rudy Giuliani is at the heart of the impeachment hoax.

Democrats believe Giuliani’s activities in Ukraine hold the key to bringing down the President.

And Rudy Giuliani just betrayed Trump on impeachment. What he did will shock you.

Rudy Giuliani wanted to clear President Trump of false allegations of Russian collusion by investigating the on the record collusion between some Ukrainian government officials and the Democrats during the 2016 election.

Giuliani also investigated the blatant corruption of shady Ukrainian energy company Burisma paying Hunter Biden over $50,000 a month to sit on their board as well as then-Vice President Joe Biden blackmailing the Ukrainian government to fire a prosecutor that had been investigation Burisma or else lose out on a billion dollars in aid.

As part of Giuliani‘s work, he enlisted the help of Ukrainian businessman Lev Parnas.

And then Parnas turned into a rat.

Parnas feared a long jail sentence and began begging to cooperate with the House Democrats’ impeachment inquiry in hopes of convincing anti-Trump prosecutors that he deserved a lenient sentence.

The first step in Parnas’s groveling was getting permission from prosecutors to turn over the contents of his iPhone to House Democrats.

The final cherry on top was Parnas appearing on the Rachel Maddow Show on the night the Democrats transmitted their articles of impeachment to the Senate.

Parnas used the two part interview to drop a series of unsubstantiated allegations against the President of the United States.

In the interview, Parnas baselessly claimed that President Trump was fully aware of Giuliani and Parnas attempting to pressure the Ukrainian government to investigate Joe and Hunter Biden.

“President Trump knew exactly what was going on. He was aware of all my movements. I wouldn’t do anything without the consent of Rudy Giuliani, or the president… Why would President Zelensky’s inner circle, or Minister Avakov, or all these people, or President Poroshenko meet with me? Who am I? They were told to meet with me,” Parnas claimed, without citing evidence.

President Trump also stated his concerns about Hunter Biden, and his influence peddling gig on the Burisma board of directors was part of his long-standing concerns about corruption in Ukraine.

Parnas pushed the conspiracy theory that this was not true.

“(I)t was all about Joe Biden, Hunter Biden, and also Rudy had a personal thing with the Manafort stuff. The black ledger. And that was another thing they were looking into, but it was never about corruption, it was strictly about Burisma, which included Hunter Biden and Joe Biden.”

Parnas falsely claimed they were wrong.

“Basically, the message that I was supposed to — that I gave (Ukrainian official) Sergei Sheyfir was a very harsh message. That was told to me to give it to him in a very harsh way. Not in a pleasant way… the message was, it wasn’t just military aid, it was all aid. Basically, their relationships would be sour. That we would stop giving them any kind of aid.”

“…I have not spoken with this individual, and again, frankly, I don’t trust any word he is now saying. The assistance that he’s referring to was reviewed each and every year, annually at least twice, and half of the year and end of the year. So we knew this was going to be reviewed. Sometimes it would be cut because of some political understanding of what is to be done in Ukraine,” Prystaiko stated.

President Trump is in this mess because Rudy Giuliani enlisted the help of a shady underworld character like Parnas.

Had Giuliani chosen his associates more wisely the President may have avoided this pickle.

Black Eye Politics will keep you up to date on any new developments in the Democrats’ ongoing impeachment witch hunt to remove Donald Trump from office.

Adam Schiff Suffered This Humiliation. What Happened Next Will Shock You