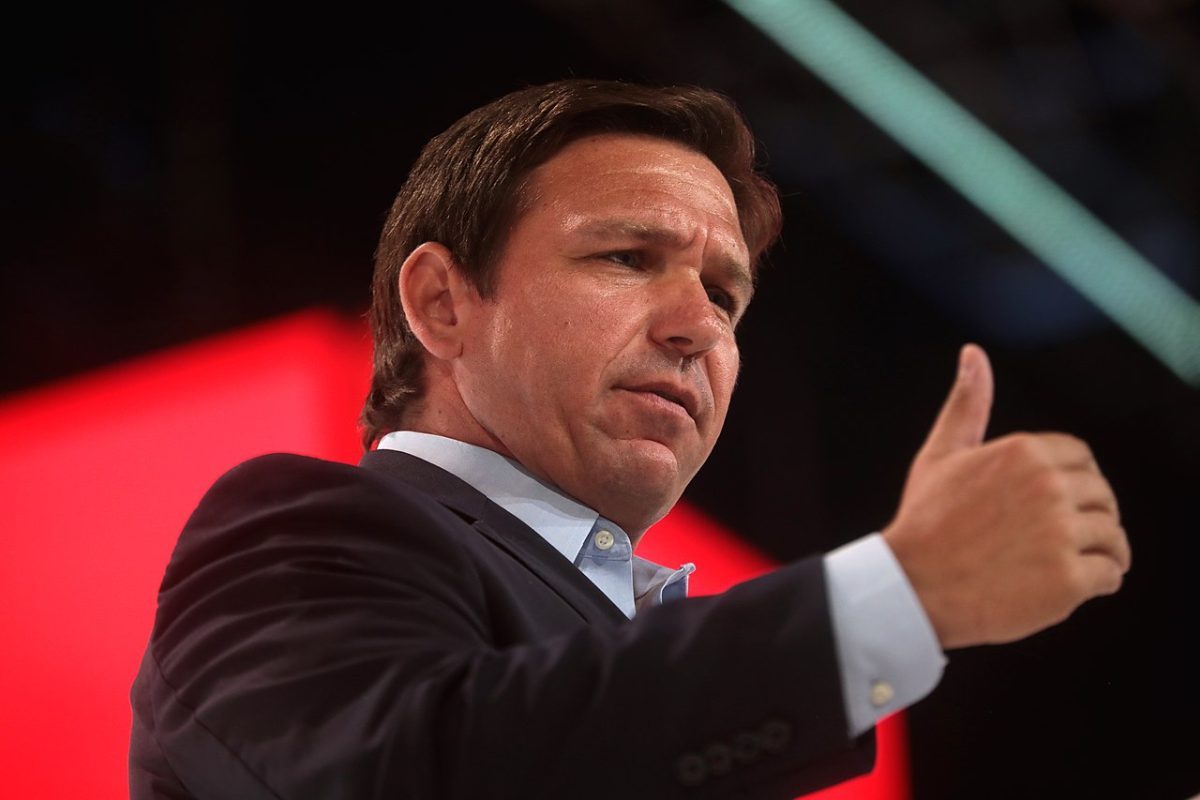 Other than Donald Trump, no Republican terrifies Democrats more than Ron DeSantis.

The left once again learned why.

Ron DeSantis spoke the one truth that sends Democrats into a panic.

Biden announced his intention to create a rule mandating all employers with more than 100 workers require vaccines.

Since corporate America is now captured by woke CEOs, big businesses eagerly went along with Biden’s tyrannical mandate and began requiring workers to take the vaccine or face termination.

This past summer, Governor DeSantis signed an executive order banning any entity in Florida from requiring vaccine passports as a condition of employment for workers or for entry by customers.

Governor DeSantis slammed Biden’s new vaccine mandate explaining how it would wreak havoc if even a small percentage of workers refused to take the vaccine and subsequently lost their jobs.

Citing the healthcare industry, DeSantis stated that the system would fall into chaos if hospitals suddenly experienced staffing shortages due to even a small number of nurses losing their jobs over the vaccine mandate.

“The fact of the matter is, you take in medical with nurses, even if a fraction of them decide that this is not something they want to do and leave, it will absolutely cause a lot of these health systems to hemorrhage, and then you look at all these other companies that do it and so, I know Biden is trying to force this on everybody,” Governor DeSantis began.

As of October 1, 16 percent of U.S. hospitals experienced staffing shortages.

The vaccine mandate threatens to make a bad situation worse.

“We don’t have a single position we can afford to lose right now,” UMass Memorial Health President Eric Dickson told Bloomberg Radio. “I have areas that have a 50% vacancy rate. And God forbid we lose any more.”

Due to Joe Biden’s inflation and supply chain crises the economy teeters on the verge of complete collapse.

Governor DeSantis warned this vaccine mandate would deliver another body blow to the already fragile economy.

“I don’t think you should get fired over this issue, and we want to protect people’s jobs, but two, it is absolutely going to have a negative impact on the economy if you’re causing people to lose these jobs because then you got to find those folks,” Governor DeSantis concluded.

The airline industry is one sector of the economy feeling the pain.

Southwest Airlines recently canceled thousands of flights after experiencing staffing shortages due to protests over the company submitting to Joe Biden’s demand for a vaccine mandate.

If the airline industry suffers from prolonged staffing shortages due to the vaccine mandate it would grind the economy to a halt.

And that would invite a massive political backlash against Joe Biden.