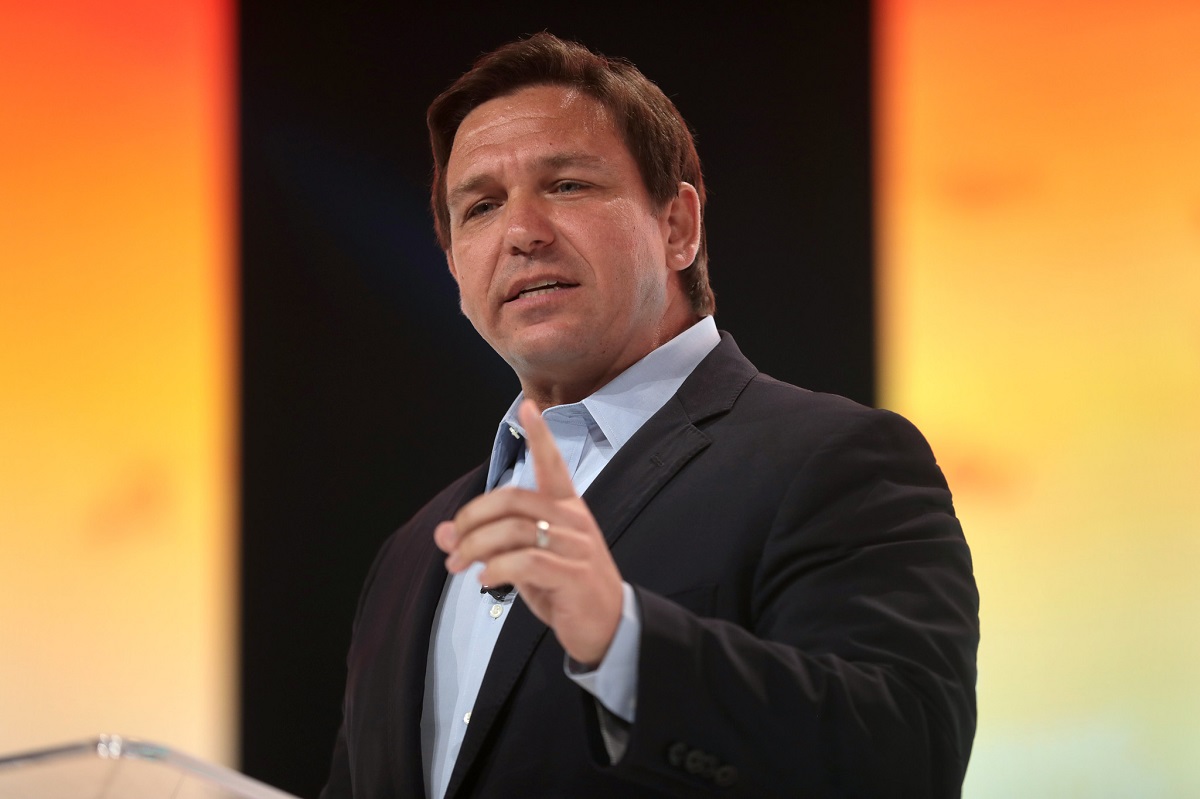 Democrats are throwing everything including the kitchen sink at Florida Governor Ron DeSantis.

Nothing has worked so far.

Now Ron DeSantis is sitting on one document that will ruin Joe Biden.

Ron DeSantis turned the immigration debate in America upside down by forcing Democrats to live up to their own rules.

Democrat mayors and governors beat their chests about overseeing sanctuaries for illegal aliens.

Since Biden took office over four million illegal aliens stormed across the border.

Biden flew many in secret dead-of-night flights to states like Florida where Democrats hoped to one day grant them amnesty and voting rights.

Governor DeSantis decided enough was enough and wanted to call out Democrat hypocrisy on open borders by arranging a flight of 50 illegal aliens to Martha’s Vineyard – where Barack and Michelle Obama own an $11.5 million beachfront compound.

When the wealthy – mostly white – liberals in Martha’s Vineyard saw they had to put up with 50 illegal aliens – border towns deal with tens of thousands – Democrats lost their minds.

What @GovRonDeSantis and @GregAbbott_TX are doing isn’t clever, it’s cruel.

I’m formally requesting the DOJ begin an immediate investigation into these inhumane efforts to use kids as political pawns. pic.twitter.com/x2sBa06nSw

But Newsom and the many left-wing supposed “legal experts” on Twitter’s fantasies about Joe Biden arresting Ron DeSantis on kidnapping charges quickly evaporated.

Ron DeSantis did not “trick” the illegal aliens into flying to Martha’s Vineyard.

Before the illegal aliens got on the plane to Martha’s Vineyard, they were provided with a map that clearly showed they were headed to the liberal vacation retreat as well as food and other supplies.

Illegal migrants Republican Florida Gov. Ron DeSantis flew to Martha’s Vineyard, Massachusetts, were informed of their destination prior to boarding flights to the island, according to documents exclusively obtained by the Daily Caller News Foundation.

“Yes, they were asked multiple times if they wanted to go,” said a source with close contact to the ground operation that moved the around 50 illegal migrants.

The packets included a map with Martha’s Vineyard marked with a red star with the label “YOU ARE HERE,” written in both English and Spanish. The packets also had documents with local resources, including the contact information for community services and churches in the area, potential employment opportunities and public assistance programs.

“They were given rolling backpacks, food, snacks throughout, clothing, necessities like toothbrush, toiletries, etc.,” the source said. “This is what was in the packet given to every migrant.”

Ron DeSantis centered the political debate on Joe Biden’s failure to secure the border as well as the left’s desire to impose disastrous policies on the rest of the nation as long as liberal elites do not have to deal with the consequences in their personal lives.