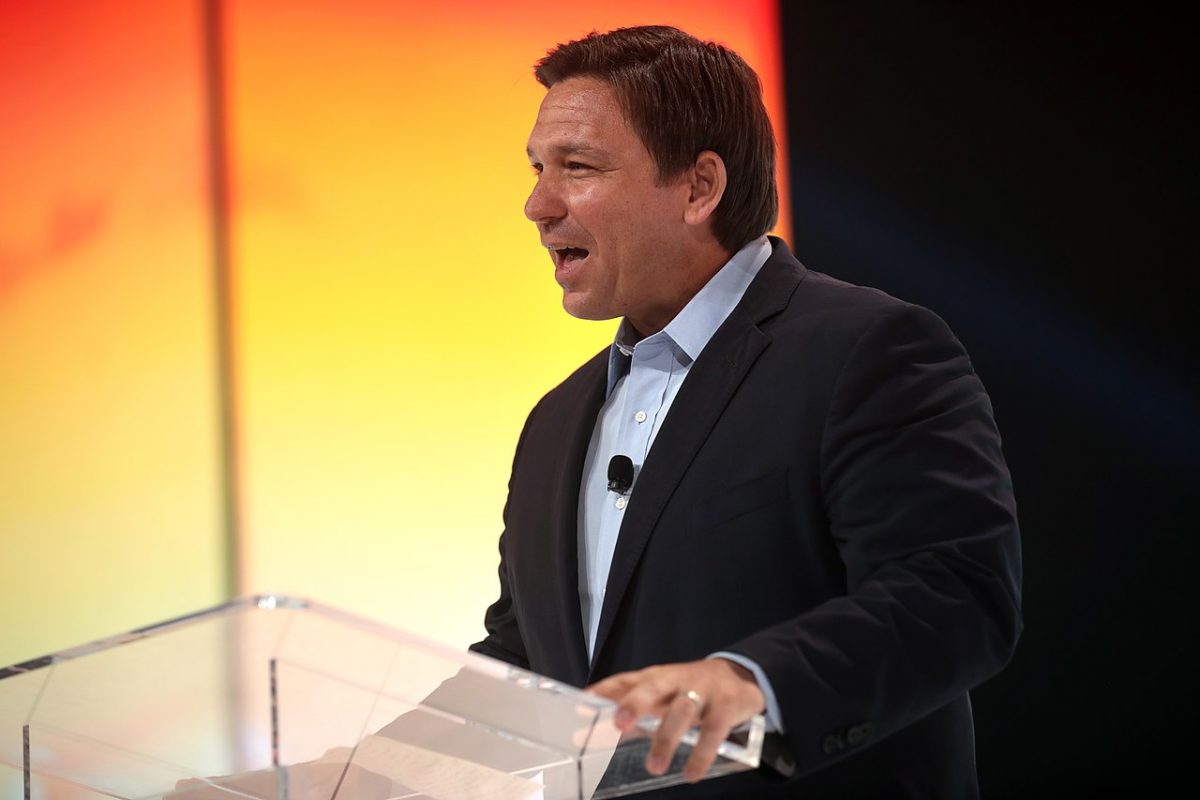 Joe Biden spent more time picking a fight with Ron DeSantis than he does with America’s enemies.

It could end up being a major mistake.

And now Ron DeSantis drew a line in the sand that Joe Biden will regret crossing.

President Joe Biden told Florida Gov. Ron DeSantis on Tuesday to “get out of the way” because of DeSantis’ opposition to mask mandates.

Florida’s governor has been proactive in preserving freedom from the beginning of the pandemic.

DeSantis wasn’t intimidated at all by Biden’s comments and slammed Biden during a press conference on Wednesday.

“This is a guy who ran for president saying he was gonna ‘shut down the virus’. And what has he done?” DeSantis asked. “He’s imported more virus from around the world by having a wide-open southern border.

“I can tell you, whatever variants are around the world, they’re coming across that southern border,” the governor added. “And so, he’s not shutting down the virus, he’s helping to facilitate it in our country.”

DeSantis then blasted the CDC’s recommendation that masks be worn in all K-12 schools.

“I can tell you in Florida, the parents are going to be the ones in charge of that decision,” he said.

Last week DeSantis signed an executive order which says that schools that force mask mandates on students will be denied state funds.

DeSantis went on to note the different standards between vaccine passports and voter ID.

“He wants that, but yet if you want to vote, he thinks it’s too much of a burden to show a picture ID when you’re voting,” the governor went on. “So no voter ID, but you have to show your medical papers just to be able to live an everyday life? Give me a break.”

DeSantis said that America faces a choice between being a “free society, or we can have a biomedical security state. And I can tell you, Florida, we’re a free state.”

He ended his speech by warning Biden that he’s going to do everything possible to stand in the way of his agenda.

“So why don’t you do your job? Why don’t you get this border secure, and until you do that, I don’t want to hear a blip about COVID from you.”

After being asked by NBC News White House Correspondent Kelly O’Donnell what he thought of DeSantis taking a stand, Biden said on Thursday “Governor who? That’s my response.”

It’s unclear whether Biden was attempting to make a joke or had forgotten who DeSantis is.