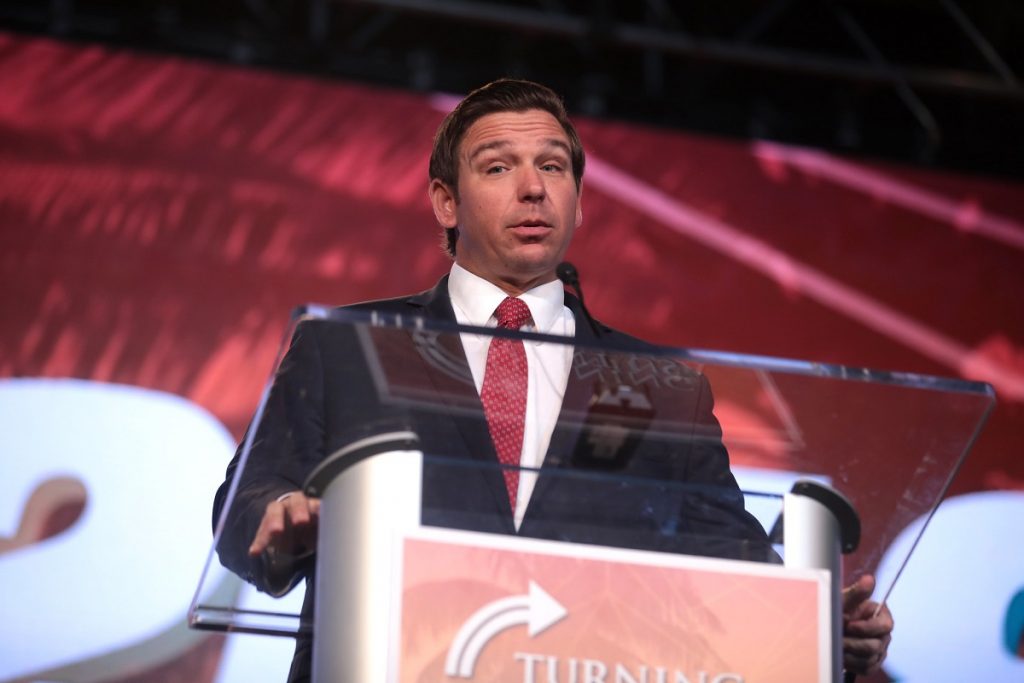 Joe Biden picked a fight with Florida Governor Ron DeSantis that turned out badly for the Democrats.

Ron DeSantis delivered a potential 2024 preview to Joe Biden and the Democrat Party.

It did not go at all like anyone expected.

And Ron DeSantis hit Joe Biden with one message that actually terrified Democrats.

Joe Biden tried to impose a federal vaccine mandate on companies with more than 100 workers.

Biden also defied science and ordered the forced masking of children in schools despite the fact that Western European countries looked at the same data and kept their schools open with no mask mandates for kids.

Governor DeSantis signed a package of four bills into law that effectively gutted Biden’s vaccine mandates that created a broad range of exemptions that state employers must honor no questions asked including religious and medical exemptions.

One of the bills DeSantis signed into law also banned mask mandates in schools.

This became an issue with several school boards in heavily Democrat areas imposed cruel mask mandates in children in defiance of Governor DeSantis’ order requiring parents having the ability to opt their children out of any mask requirement.

When DeSantis signed the bills a corporate media activist challenged DeSantis on this legislation falsely claiming it ran afoul of “conservative principles” of allowing local governments to do whatever they want without interference from the state.

DeSantis debunked this nonsense claiming that it was absolutely his right to block local governments from locking down businesses as well as mandating masks and vaccines.

“Some people say hey, these local governments wanted to lock down businesses, wanted to force mandates. They wanted to keep the kids locked out of school. Yeah, you’re damn right I overruled them on that,” DeSantis declared.

DeSantis explained it was not conservative to let local governments violate fundamental rights and trample on the Constitution.

“The fact of the matter is, you don’t have the right to do wrong. And if I had not stepped in last year and made sure these local governments couldn’t lock you down, couldn’t mandate, wouldn’t let them fine — we had kids in school last year because of me, not because of them,” DeSantis added.

Governor DeSantis concluded by telling the reporter that as Governor he would side with the Constitution which was intended to restrain lawless tyrants like Joe Biden and other authoritarian politicians that schemed to exploit COVID to seize power and shred individual rights.

“And so the question is, do we actually have a Constitution that constrains people like Biden, or is it just when he loses patience, he can do whatever the hell he wants to?” DeSantis exclaimed “No, I’ll take the Constitution, thank you very much.”