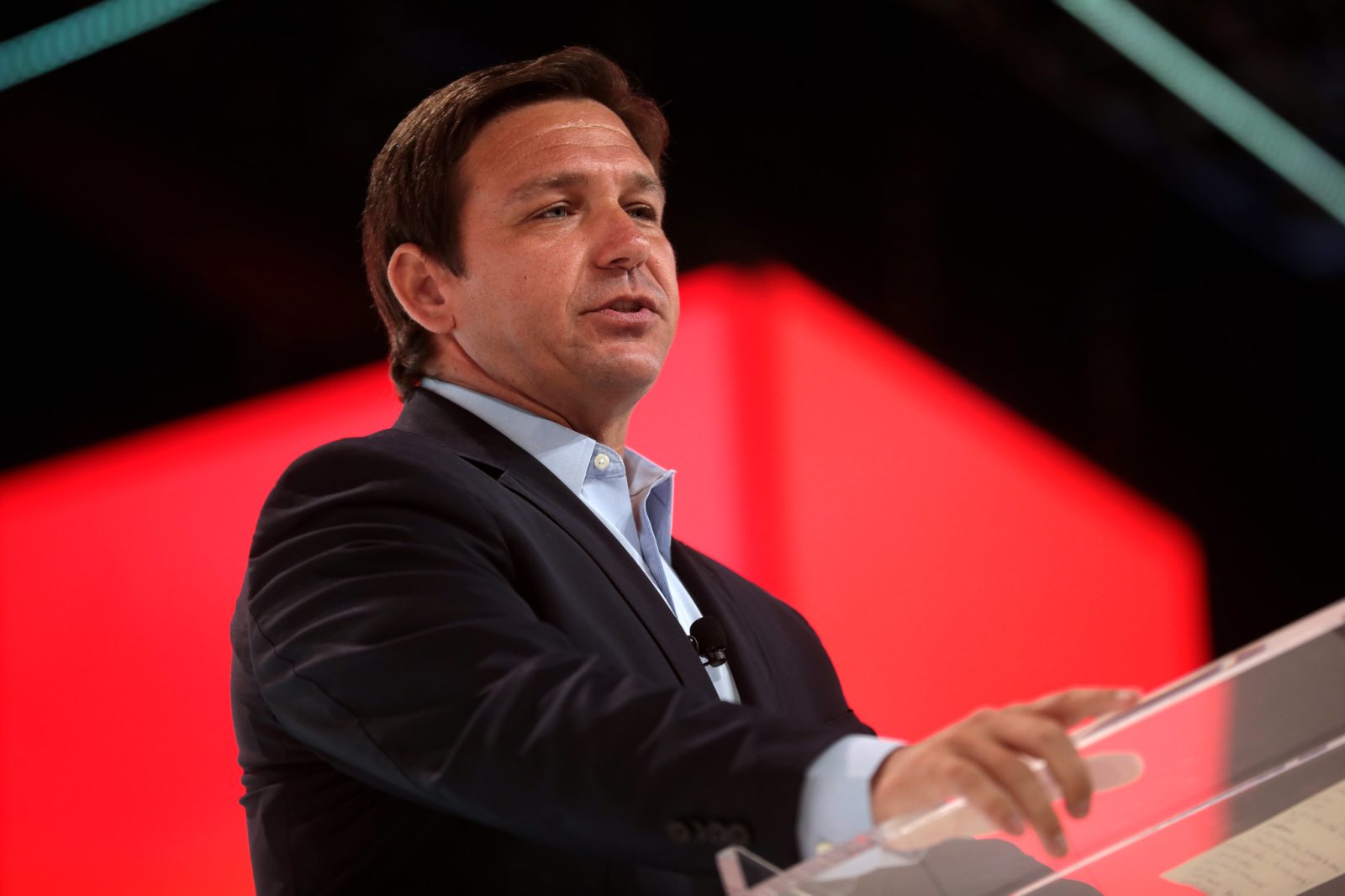 Biden got more than he bargained for.

And Ron DeSantis just defeated Joe Biden with this announcement that no one saw coming.

Biden also whined that DeSantis followed the science instead of the teachers’ unions in banning mask mandates in schools.

So it was no coincidence that on this same day the Biden administration announced it was cutting Florida’s shipment of the monoclonal antibody Regeneron from 70,000 doses to 30,000 per week.

It was clear Biden intended to punish Florida for Governor DeSantis believing in a free society as opposed to a biomedical dictatorship run by the likes of Dr. Fauci and other so-called health “experts.”

DeSantis always promoted the vaccine as safe and effective, but DeSantis also noted Florida was able to keep infected residents out of the hospital by deploying monoclonal antibodies as an early treatment.

In a press conference DeSantis expressed frustration that the Biden administration tried to take its anger out at him as Joe Biden’s temper tantrum will directly lead to people losing their lives.

DeSantis explained the logistics of the monoclonal antibody distribution scheme would deny some Floridians access to a life-saving drug.

“What the HHS and the Biden administration is now doing is they’re saying that all of the reduced amount will go to the state, and we’re responsible not only for sourcing our sites, which we’re happy to do, but any infusion center, any provider, any hospital will have to come through the state and to just spring this on us starting next week, we’re going to have to do that. There’s going to be a huge disruption and patients are going to suffer as a result of this.”

But Ron DeSantis had a solution.

In the same press conference DeSantis announced his administration reached out to GlaxoSmithKIine about purchasing their monoclonal antibody – Sotrovimab – because the company did not have an exclusive deal with the federal government.

“What I am doing though, is we’re going to try to cover the bases. I had a call yesterday with GlaxoSmithKline executives about their new monoclonal antibody… Sotrovimab was given EUA, I believe in May. So the Eli Lily one, which is kind of now coming back, but the Regeneron, that was at the end of 2020. Sotrovimab was given EUA in May. The clinical data on that was even better than the clinical data on the Regeneron, 85% reduction in hospitalizations,” DeSantis announced.

Republicans are beginning to gravitate towards DeSantis because of how DeSantis fights back against the corporate media, Big Tech and the Biden administration.

DeSantis standing up against the Biden administration’s attempt to put his citizens at risk of ending up in the hospital or dying as a punishment for DeSantis fighting back against an unconstitutional order is only likely to increase DeSantis’ profile in the GOP.