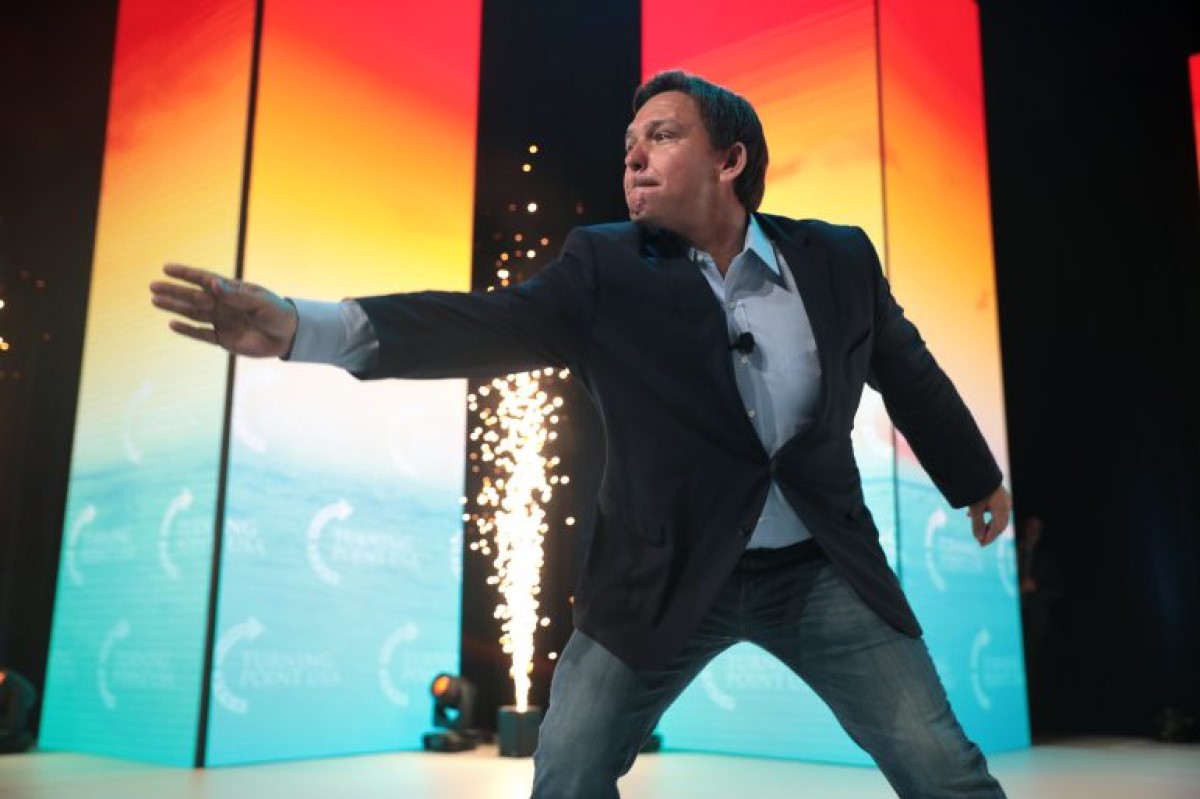 Florida Governor Ron DeSantis is turning into the Democrats’ public enemy number one.

But now, Governor DeSantis has turned the tables.

And Ron DeSantis backed Democrats into a corner with one brilliant move.

A new mainstream poll found that Florida Governor Ron DeSantis (R) has the highest net approval rating out of all major American politicians.

The survey was conducted among 2,010 registered voters, October 12-13 by the Center for American Political Studies (CAPS) at Harvard University, The Harris Poll, and HarrisX.

Despite the more favorable ranking DeSantis received the poll found that Vice President Kamala Harris was leading yet in terms of national popular vote in that election. Harris would secure 41% support, DeSantis 39%, with 20% unsure of whom they would support.

DeSantis has called Harris “impeachment insurance” for President Joe Biden in the past.

“So, here’s the thing. I thought Biden picking her at first was the worst decision ever because she’s not great. But she’s like the best impeachment insurance and 25th Amendment insurance anyone could have,” DeSantis said on Fox News’ “The Ingraham Angle” in July.

“Because as bad as Biden is, even though he can barely read the teleprompter, and as much as people disapprove of him, nobody wants Harris, and so they’d much rather stick with Biden floundering around than actually turn the wheels of power over to somebody that clearly is in over her head,” DeSantis added.

The poll also found that Republican Party leaders were viewed as focusing on all the top issues that the voters care about like inflation, the economy, and immigration. On the other hand Democrats were seen as primarily focusing on January 6th, women’s rights, and climate change, which ranked low in voters’ priorities.

The poll found that inflation, crime, and immigration are the top issues that voters care about heading into the midterms.