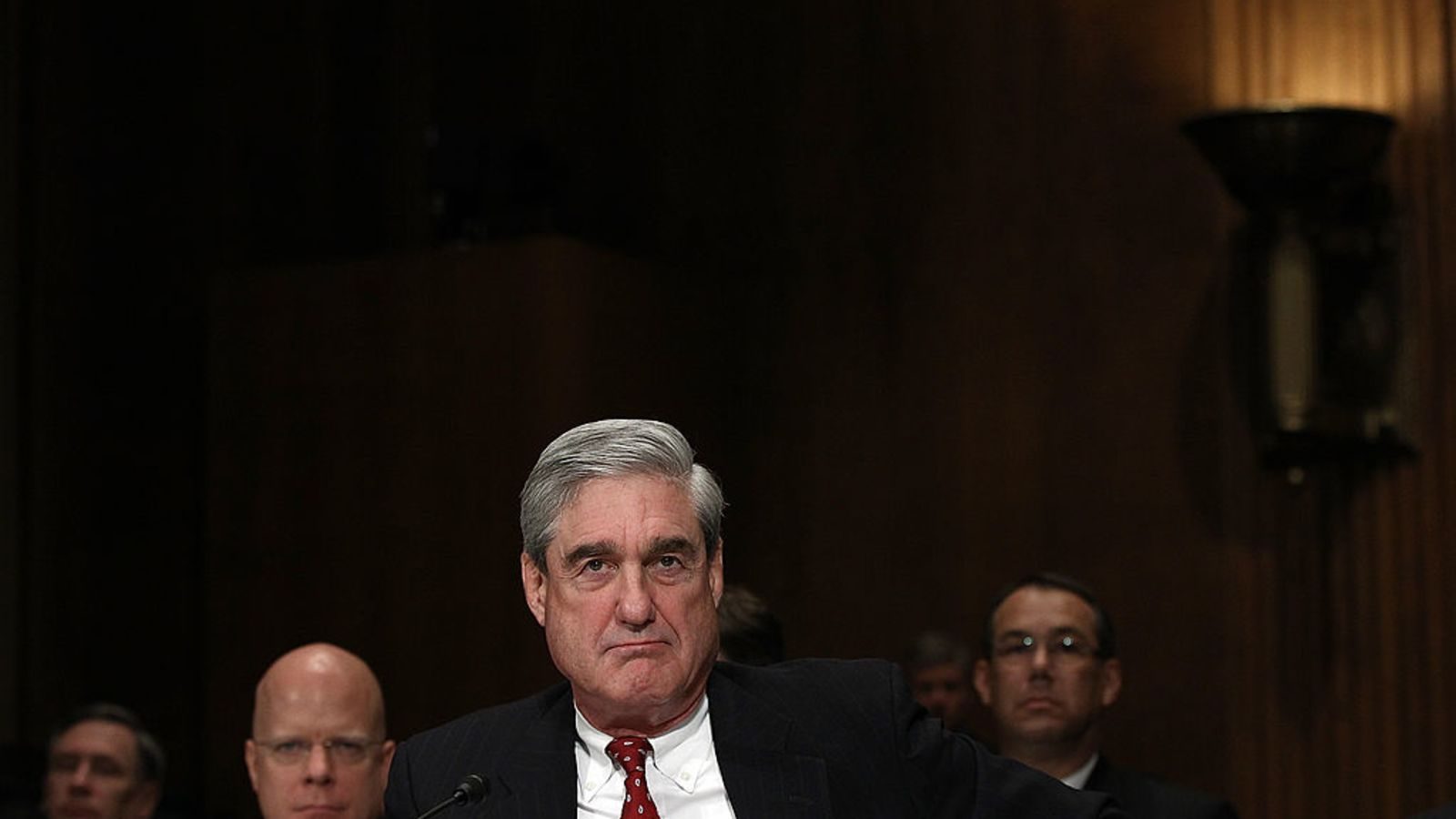 Robert Mueller thought he had the perfect plan to keep the anti-Trump forces dreams of impeaching the President alive.

However special counsel Mueller never counted on getting caught.

And Robert Mueller just got the one nasty surprise that ruined his life.

Donald Trump has repeatedly stated that the Mueller report was written by partisan character assassins out to frame him for Russian collusion.

Despite the fact that Mueller hired a dream team of Democrat Party prosecutors to lead the investigation, the fake news media claimed Trump was making this all up.

But that media lie crumbled thanks to one letter.

Tucked at the bottom of page 27 in the Mueller report was a footnote detailing how Georgian businessman Giorgi Rtskhiladze had texted Trump attorney Michael Cohen in October 2016 saying he stopped the flow of tapes from when Trump visited Moscow for the 2013 Miss Universe Pageant.

Mueller’s report stated, “Comey’s briefing included the Steele reporting’s unverified allegation that the Russians had compromising tapes of the President involving conduct when he was a private citizen during a 2013 trip to Moscow for the Miss Universe Pageant. During the 2016 presidential campaign, a similar claim may have reached candidate Trump. On October 30, 20 I 6, Michael Cohen received a text from Russian businessman Giorgi Rtskhiladze that said, ‘Stopped flow of tapes from Russia but not sure if there’s anything else. Just so you know’.”

Trump’s 2013 trip to Moscow took on mythical status when the hoax Christopher Steele dossier claimed the Russians had filmed Trump hiring prostitutes to urinate on a bed that Barack and Michelle Obama had previously slept in.

Mueller’s report breathed new life into this conspiracy by making it seem like there was a whiff of truth to the rumors.

But Rtskhiladze’s attorney’s dispatched a letter to Attorney General William Barr detailing the evidence that Mueller and his team mischaracterized the text exchange between Rtskhiladze and Cohen.

They wrote that Mueller dropped the word “some” in the full text message which actually read: “Stopped flow of some tapes from Russia but not sure if there’s anything else. Just so you know.”

Rtskhiladze’s lawyers also argued that the full exchange showed Rtskhiladze was just passing on gossip from a friend and had no idea about the content or context of any alleged tapes.

“Not sure of the content but person in Moscow was bragging had tapes from Russia trip. Will try to dial you tomorrow but wanted to be aware. I’m sure it’s not a big deal but there are lots of stupid people,” Rtskhiladze texted to Cohen.

Mueller’s report reads like a partisan indictment prepared by Democrat prosecutors looking to draw an impeachment roadmap for their allies in the House.

But the gambit failed.

Republican Senators – by and large – recognized the Mueller report for the farce that it is and waived off any calls for impeachment.