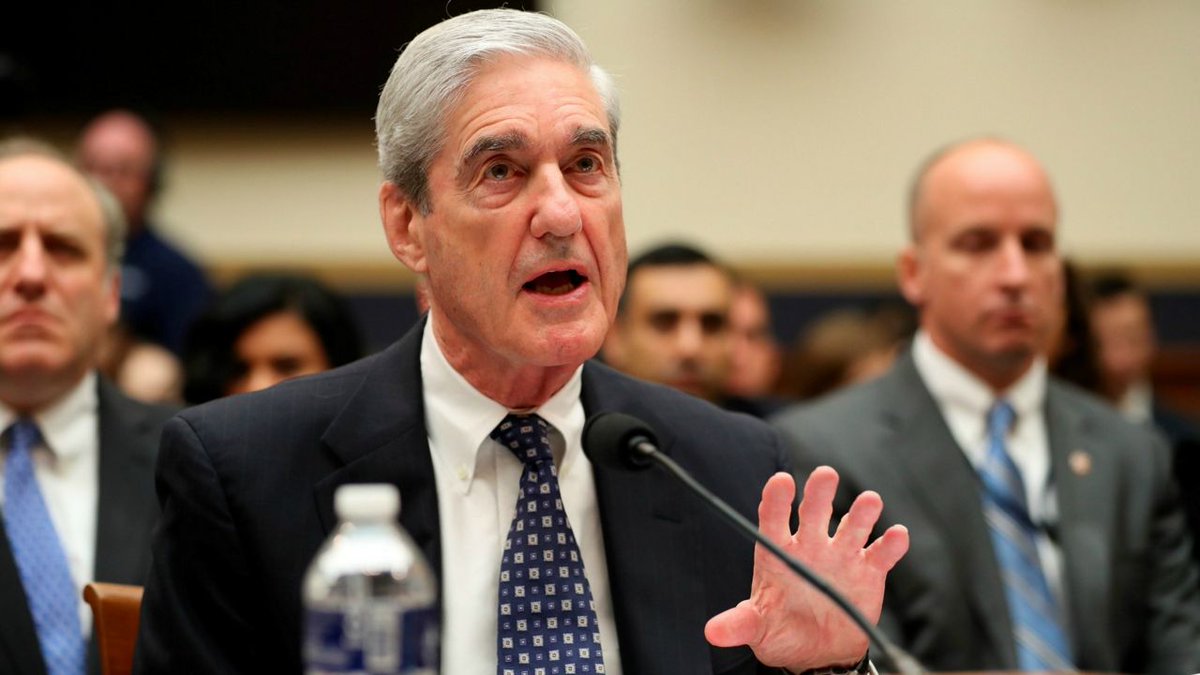 Robert Mueller walked into Congress looking to drive a stake through the heart of the Trump Presidency.

But all he ended up doing was destroying the Democrats dreams of impeaching President Trump.

And then Robert Mueller looked on is despair after he suffered one shocking betrayal.

Robert Mueller is rapidly turning out to be a massive bust for Democrats.

The man whom the far left once placed nearly all their hopes for defeating Trump and throwing him in prison is now leaving Democrats across the country dazed and confused.

Mueller was supposed to be the Democratic Party’s savior against Trump.

But he ended up giving them absolutely nothing in their quest to remove Trump from office.

And two years after the Mueller investigation began, Democrats are still no closer to seeing Trump gone than before the entire phony Russian collusion story began to gain steam.

But there was still one last Ace Card that House Speaker Nancy Pelosi could play.

She and her political allies in Congress decided to drag Mueller before a Congressional committee to see if there was anything else they could gain from Mueller before he faded into obscurity.

And the move horrifically backfired.

Mueller ended up being a massive disappointment for Democrats, perhaps even more so than when his report was announced and detailed how the President had not engaged in collusion with the Russians.

But this time, it was a final blow to Pelosi and her party who were hoping to use his testimony as a means to bring back impeachment proceedings against the President.

Instead, the hearing ended with impeachment being all but dead and the cause Pelosi was pushing for being completely destroyed.

In fact, Mueller’s testimony was such a disaster for Democrats that even CNN, notoriously one of the most left wing network stations still on the air, had to admit as such shortly after it was all over.

“Expectations were high among Democrats that former special counsel Robert Mueller’s testimony on Capitol Hill Wednesday would be the spark they needed to persuade a skeptical American public that President Donald Trump had obstructed justice — and, perhaps, that impeachment was the right recourse for the President’s actions surrounding the probe into Russian interference in the 2016 election,” reports CNN. “It didn’t turn out that way.”

CNN went even further in explaining how much of a disappointment this is for Democrats.

“Mueller struggled mightily on the appearances front. He seemingly struggled to hear the questions asked of him. He struggled to find citations within his own report being using by members of Congress. He was halting in his responses and occasionally looked befuddled,” adds CNN.

“While he seemed to rise to the task somewhat as the day went on, the perception of him as nothing short of the perfect prosecutor took a hit.”

The fact that Mueller’s testimony to Congress was so bad for Democrats that even CNN had to admit the truth of the matter goes to show just how badly Nancy Pelosi miscalculated.

She couldn’t have gotten things more wrong, and now impeachment is a lost cause for her.