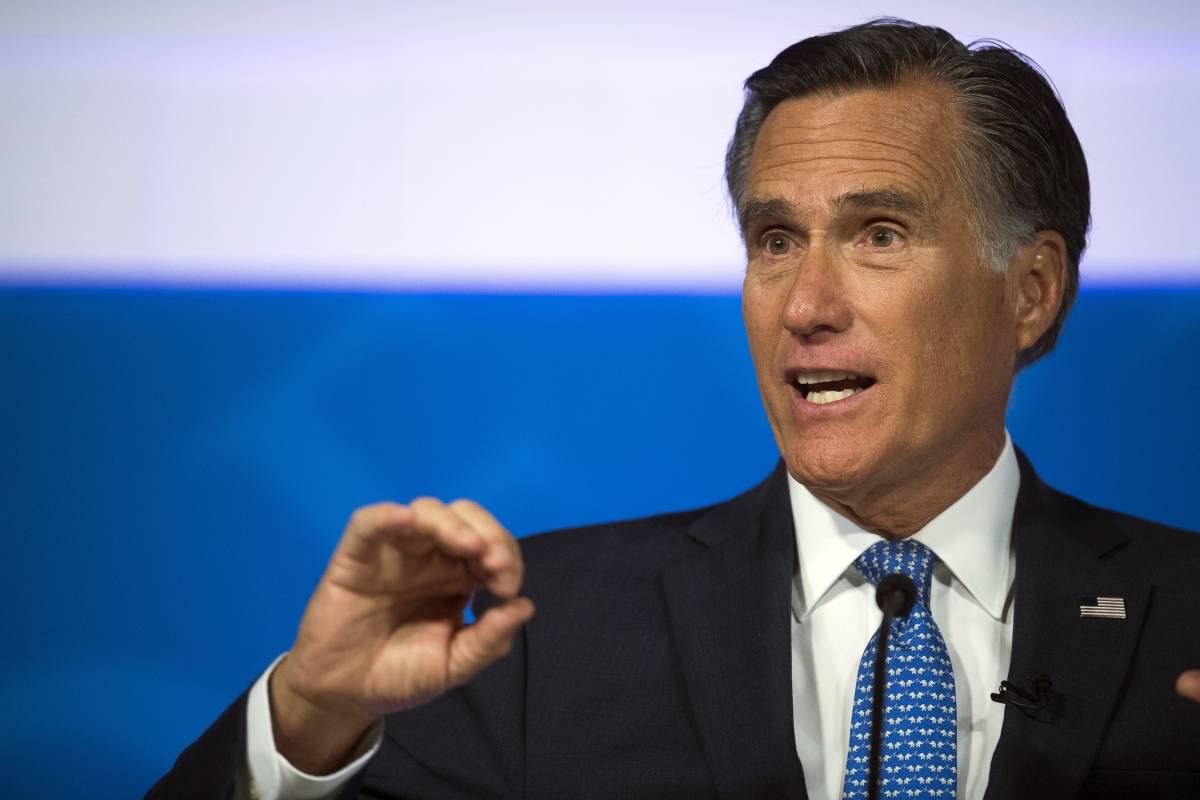 The 2020 Presidential campaign is the last stand for Trump-hating RINOs.

And these saboteurs are determined to oust the President.

That became clear when a leading Never Trump RINO went on CNN and confessed to this awful plan to stab Donald Trump in the back.

Former failed Presidential candidate Mitt Romney is the godfather of the Never-Trump movement.

Romney delivered a high-profile speech during the 2016 primaries smearing Donald Trump as a conman and a fraud.

Romney blistered Trump with these ugly allegations despite happily accepting Trump’s endorsement during his 2012 Presidential campaign.

And when Romney ran for Senate in 2018, he again quickly embraced President Trump’s endorsement.

In an interview just after his swearing-in, Romney said he was not yet ready to announce if he would support the President’s 2020 re-election campaign.

Romney doubled down on that treachery in an interview on CNN’s State of the Union.

CNN’s Jake Tapper quizzed Romney about his intentions in 2020 and Romney said it was “way too early” to make any declaration about an endorsement.

Romney then went on into a ridiculous holier-than-thou lecture smearing President Trump over his supposed character flaws after Tapper asked Romney if President Trump had “disgraced” his office.

“I think a number of things were unfortunate and distressing. Clearly the number of times there were items of dishonesty, misleading the American public and media are things you would not be want to see from the highest office in the land,” Romney began.

Romney then tried to pass off his phony support of some of Trump’s policies as evidence he was not a saboteur solely out to destroy Trump’s presidency.

“I’ve made it clear I will support the president on policies where we agree. I’ll disagree with him openly if there’s something I think is wrong for the country or for my state. But I think he could substantially improve his game when it comes to helping shape the character of the country. I think young people, as well as people around the world, look at the president of the United States and say, does he exhibit the kind of qualities we would want to emulate? And those are qualities of humility, of honesty, integrity, and those are things where I think there’s been some call where the president has distanced himself from some of the best qualities of the human character.”

Romney’s answer was a joke.

President Trump will be the Republican nominee for President.

And elected officials face certain obligations to support their party’s nominee for President.

Romney and other establishment Republicans want Trump gone in 2020 so they can take back the party and push the globalist agenda of open borders, international trade deals, and endless wars that defined past RINO standard-bearers like John McCain and George Bush.

Romney’s refusal to endorse Trump is meant as a signal to some Republicans to stay home in 2020 and let the Democrats win.