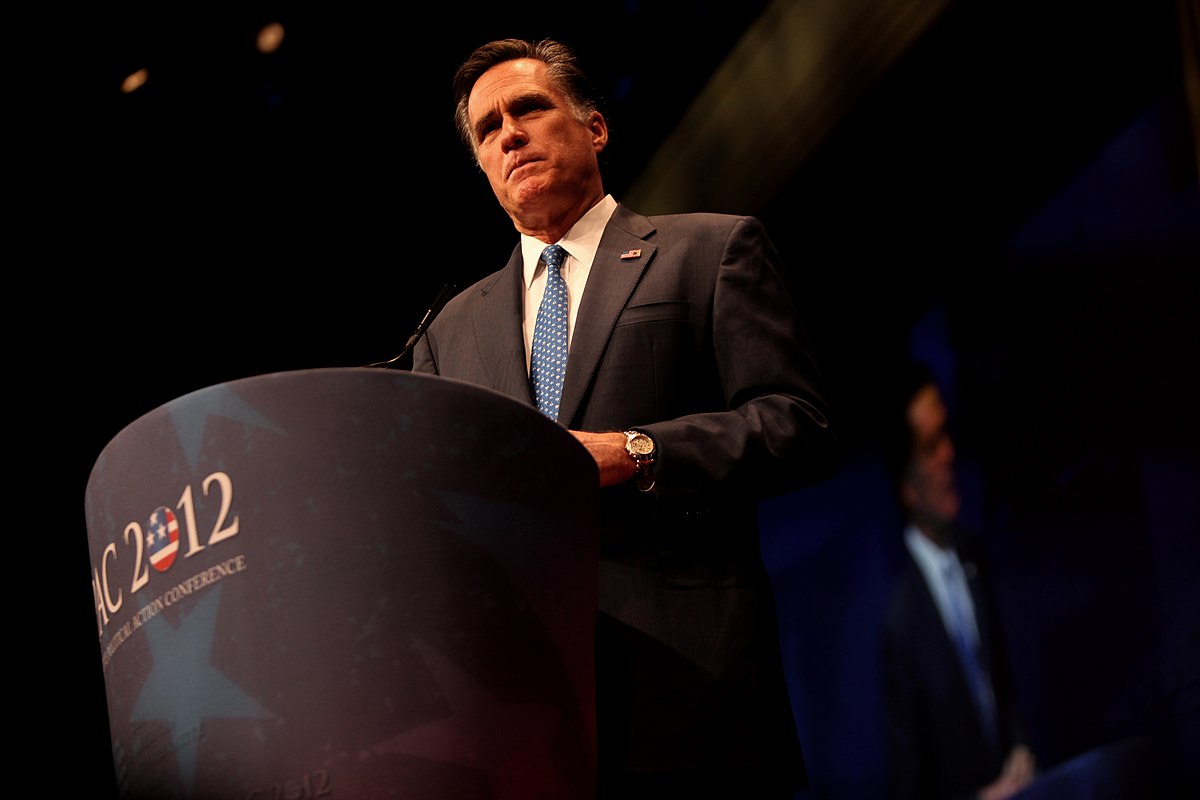 Donald Trump won the Presidency on a message of putting American First.

But traitors within the GOP are still working to undermine President Trump and advance Barack Obama’s globalist agenda.

Mitt Romney is on a mission to undermine the President at every turn.

The 2012 presidential campaign loser who left America with another four-year term of Barack Obama in the White House has never been a supporter of the President.

And now that he’s in office as a US Senator, Romney has an opportunity to do real damage to the President like never before.

He’s now on a collusion course to do just that.

Romney is now flirting with supporting a major left-wing agenda item that will leave President Trump, and the entire Republican Party, completely outraged.

The letter was a slamming rebuke of Mitt Romney’s apparent support for a Carbon Tax, which is a proposal that would tax carbon emissions into the air.

One of the most prominent Democrats who currently backs the proposal is none other than Alexandria Ocasio-Cortez.

And with Romney throwing his support behind the idea, he’s now taking fire from conservative groups like never before.

“We oppose any carbon tax,” stated the letter slamming the Carbon Tax.

That letter was written by several conservative groups, led by Americans for Tax Reform.

The Daily Caller adds, “While the letter is not specifically aimed at Romney, it’s meant to warn Republicans that their conservative base is not in favor of taxing carbon dioxide emissions. (RELATED: Mike Bloomberg Devotes $500 Million To Ending Coal Industry, Influencing 2020 Elections)

Only a few GOP lawmakers have backed carbon tax legislation, but there’s been a growing lobbying effort by some groups to get Republicans to back a carbon tax as a way to fight global warming.

If Romney teams up with far-left Democrats like Ocasio-Cortez to pass a Carbon Tax, it would be one of the biggest betrayals of any Republican against President Trump’s agenda, and the Republican Party as a whole.

The President has yet to directly weight in on the issue, but his stormy relationship with Romney in the past leaves no question that he will be opposing this policy upfront.

“Senator Romney is listening and having discussions with many of his colleagues about various proposals, and he hasn’t committed to any legislation,” wrote the Senator’s office in a statement.