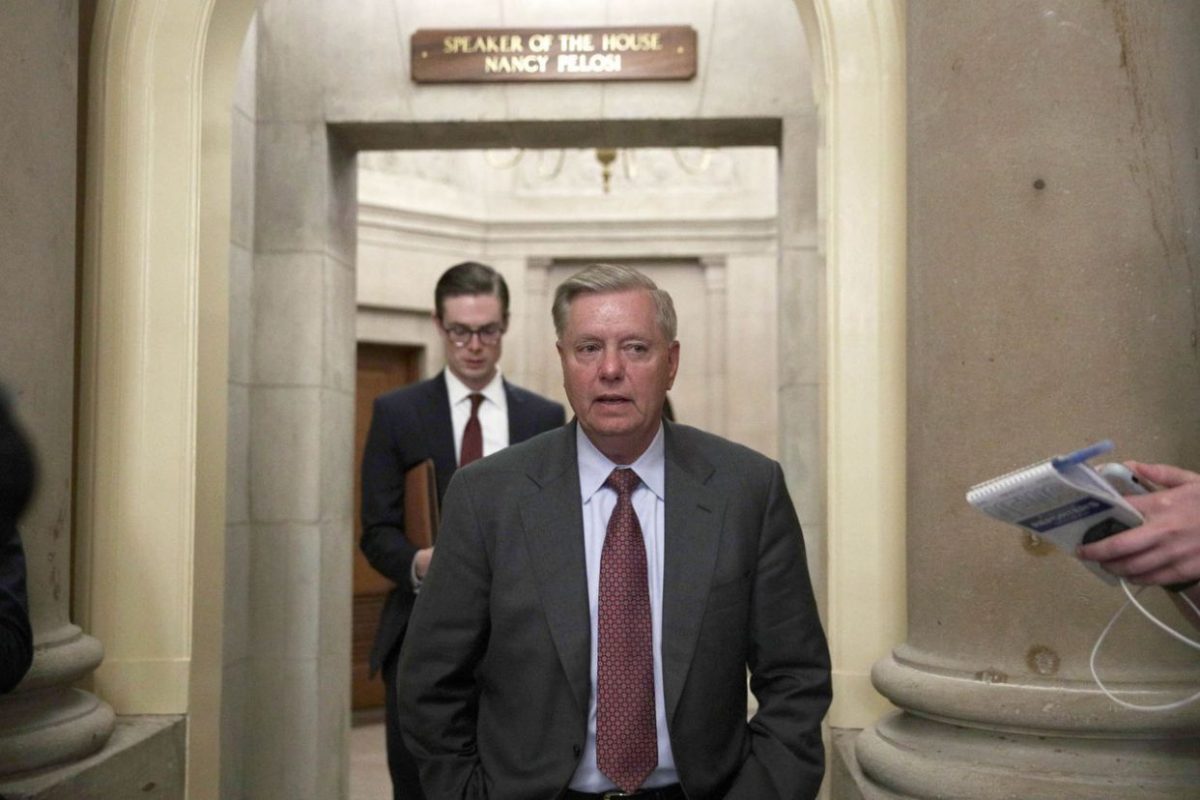 Donald Trump needs all the support he can get from Senate Republicans.

The President is trying to fend off a Democrat Party waging war om every front.

And now this one RINO Senator just double-crossed Trump at the worst possible time.

Senator Rand Paul is one of the most conservative politicians in Washington.

He always stands his ground against the left and RINOS.

And Rand Paul just fired back after Lindsey Graham questioned his loyalty to the country.

Kentucky Senator Rand Paul is not one to shy away from stating his conservative beliefs.

He is one of the most active and vocal politicians in Washington, and never wavers from his core values.

But this often leads to conflict with both the extremely liberal left, and even from those on the right who want to play to the DC Swamp, rather than the values this country was built on.

And now, Rand Paul just went head to head with Senator Lindsey Graham, after Graham publicly stated that Paul was “empowering the enemy” by supporting a controversial bill.

The new bill in question, introduced by Virginia Senator Tim Kaine, seeks to limit the power of the President to escalate foreign wars without congressional knowledge.

The successful airstrike took out its intended target and despite some minor protests, the country has begun to deescalate its quarrel with the United States.

Fox News reported on Senator Graham’s remarks towards Paul and Senator Mike Lee, another supporter of the bill:

“They’re libertarians. I think they’re overreacting, quite frankly,” Graham told reporters of Paul and Lee after their news conference. “Go debate all you want to. I’m going to debate you. Trust me, I’m going to let people know that at this moment in time to play this game with the War Powers Act … whether you mean to or not, you’re empowering the enemy.”

But Paul shot right back at Graham’s insults.

In an interview with Fox News, Paul had this to say:

“I think it’s sad when people have this fake sort of drape of patriotism and anybody that disagrees with them is not a patriot,” Paul told CNN’s Wolf Blitzer. “I love my country. I have many family members that serve in the military and continue to serve. I love my country as much as the next guy.

“For him to insult and say we’re not as patriotic as he is — he hasn’t read the Constitution … he insults the Constitution, our Founding Fathers, and what we do stand for in this republic by making light of it and accusing people of lacking patriotism. I think that’s a low, gutter type of response.”

“I went in there hoping to get more specifics as far as the factual, legal, moral obligation for what they did,” Lee continued. “I’m still undecided on that issue because in part they never got to the details. Every time they got close they’d say ‘well, we can’t discuss that here because it’s really sensitive. … We’re in a secure underground bunker where all electronic devices have to be checked at the door, and they still refuse to tell us. I find that really upsetting.”

Lindsey Graham is yet another Senator who claims to support the President, but continually defies both him and the very values this country was founded upon. Graham is only the latest Republican in DC to fall prey to the Swamp’s baiting and oppose Trump.

The left doesn’t care about the Middle East or protecting the lives of US citizens. They want to manipulate the President into another endless war in the Middle East for both financial gain, and so they have another reason to oppose Trump.

There continues to be unrest in Washington regarding conflict in the Middle East, but Trump continues to do what he set out to as President and resist the Swamp.