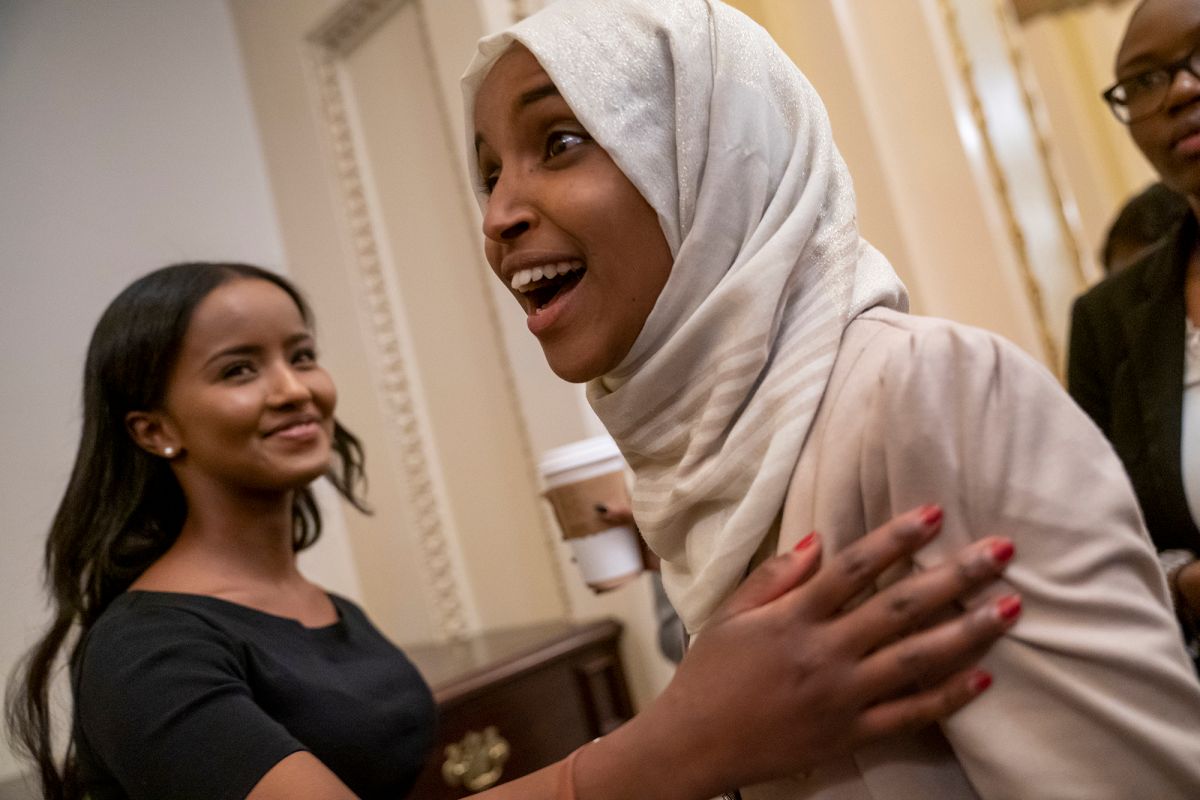 Ilhan Omar just saw everything she worked for come crashing down.

Omar thought she was on the verge of her crowning moment.

But that all ended when this top Republican just shut down Ilhan Omar with one harsh reality check.

The vote to impeach President Trump was the biggest day Democrats have had in many years.

While the vote is essentially meaningless, it was an opportunity for Democrats to take a victory lap in what has been a grueling three years under President Trump.

But that day also infuriated some Democrats, including Ilhan Omar who lost her mind due to comments from House Minority Leader Kevin McCarthy.

During his time on the House Floor, McCarthy started off his speech by speaking about how every Representative took an oath to the Constitution in January.

“Democrats have wanted to impeach President Trump since the day he was elected, and nothing was going to get in the way, certainly not the truth,” McCarthy said. “Madam speaker, Chairman Schiff said he had evidence, more than circumstantial, of collusion. That was false. In January, where we all stood in this body, we stood up, we raised our hands, we swore that we’d uphold the Constitution.”

Following a round of applause, presumably by Republicans, McCarthy went on to blast Rep. Rashida Tlaib for her “impeach the mother f-er” comment she made just hours later.

“And a few mere hours after that, Congresswoman Tlaib said she was going to ‘impeach the mother f-er,’” he said.

Following this, reports claim that Rep. Ilhan Omar, who is a close ally of Tlaib, was heard screaming “stop it!” from the House chamber.

Audio from the chambers confirm that somebody was screaming those words, multiple times in a row, immediately after the mention of Tlaib’s name.

Prior to entering the chamber to vote on impeachment, Tlaib posted a video of her celebrating, with a big smile on her face.

Ilhan Omar is just upset that one of her friends is getting called out on her bad behavior.

The Founding Fathers didn’t include a mechanism to impeach a president so it could be used as a political tool to remove somebody on disagreements.

In fact, that’s exactly why the impeachment clause was written the way it was.

But Omar and Tlaib have proven they have no decency.

Both have been banned from visiting the state of Israel due to their anti-Semitic positions.

And Omar is accused of marrying her own brother, divorcing him after he gained U.S. citizenship, re-marrying her first husband, and then cheating on him with her high-paid political consultant.

She can’t even maintain her own relationships, why in the world does she think she is qualified as a Congresswoman?

Do you think Ilhan Omar should resign from Congress?