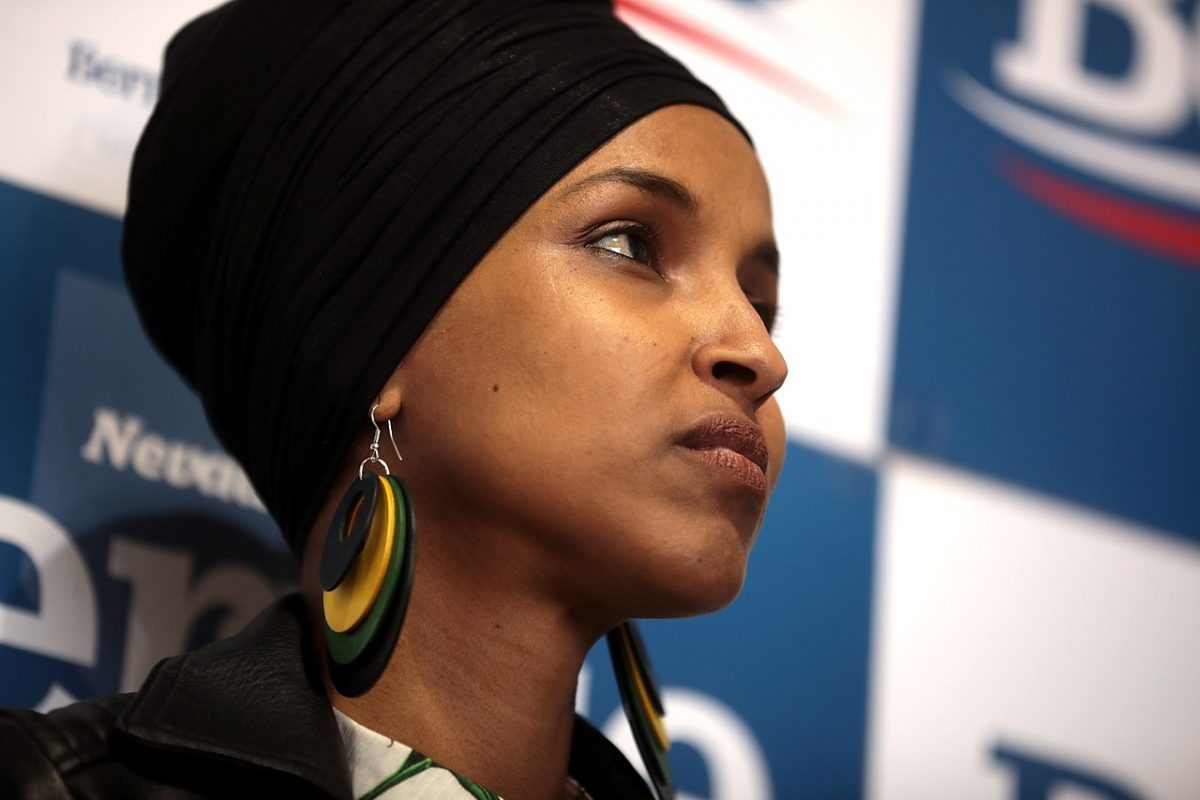 Ilhan Omar’s scandal-plagued career is about to catch up with her.

And this Republican dropped the hammer on Ilhan Omar that could get her deported.

“It’s no wonder The Squad fully supports @ReverendWarnock: He totally supports their dangerous & extreme agenda. And @IlhanMN completely agrees with his disgraceful comments about our active service members, veterans, and their families,” Loeffler wrote.

Omar fired back falsely accusing Loeffler of supporting the Qanon theory and claiming that attacking “The Squad” would lead to defeat for Loeffler just like it did for President Trump.

“Blatant lies from the disastrous, insider trading, Qanon conspiracy supporting, fear mongering, appointed Kelly. Pro tip: to win an election you run on ideas, debate your actual opponent and defend your record, not run against the Squad. Ask Trump, he f#%d around and found out,” Omar responded.

Georgia’s newly elected conservative Congresswoman Marjorie Taylor Greene shot back that Omar married her brother so she should be quiet.

“Back down @IlhanMN.  You married your brother, so you’re disqualified from running your mouth,” Greene shot back.

Omar lashed out calling Greene the “crazy lady” and hurling a racist attack on Greene about “where you come from.”

“Looks like the crazy lady has logged on. I know things might be different where you come from, but you have to get off the looney train now that you are in Congress,” Omar ranted.

Greene was not having any of it and again ripped Omar for allegedly marrying her brother.

“Don’t even get me started on where you come from. We don’t marry our brothers here in America, so I’m not sure who you’re calling crazy,” Greene declared.

Ever since Omar’s first campaign in 2018, she faced allegations that she married her brother Ahmed Nur Said Elmi in 2009 in a sham ceremony to get Elmi into the country.

Omar’s denied that Elmi is her brother, but critics cite multiple social media posts as evidence the two are siblings.

This also tied into another Omar marriage scandal where critics contend Omar was married to two men at the same time and that Omar committed tax fraud.

Omar also married Ahmed Hirsi in 2002 and they claimed to have reached an “impasse” under Muslim custom in 2008.

Omar and Elmi separated in 2011 and officially divorced in 2017 and Omar remarried Hirsi shortly thereafter in 2018.

But tax returns from Omar in 2014 and 2015 allegedly show her filing jointly with Hirsi which would be illegal since she was still technically “married” to Elmi.

Last year there were reports that the FBI was investigating Omar for tax, marriage and immigration fraud.

If found guilty there is a possibility that Omar could see her immigration status revoked.