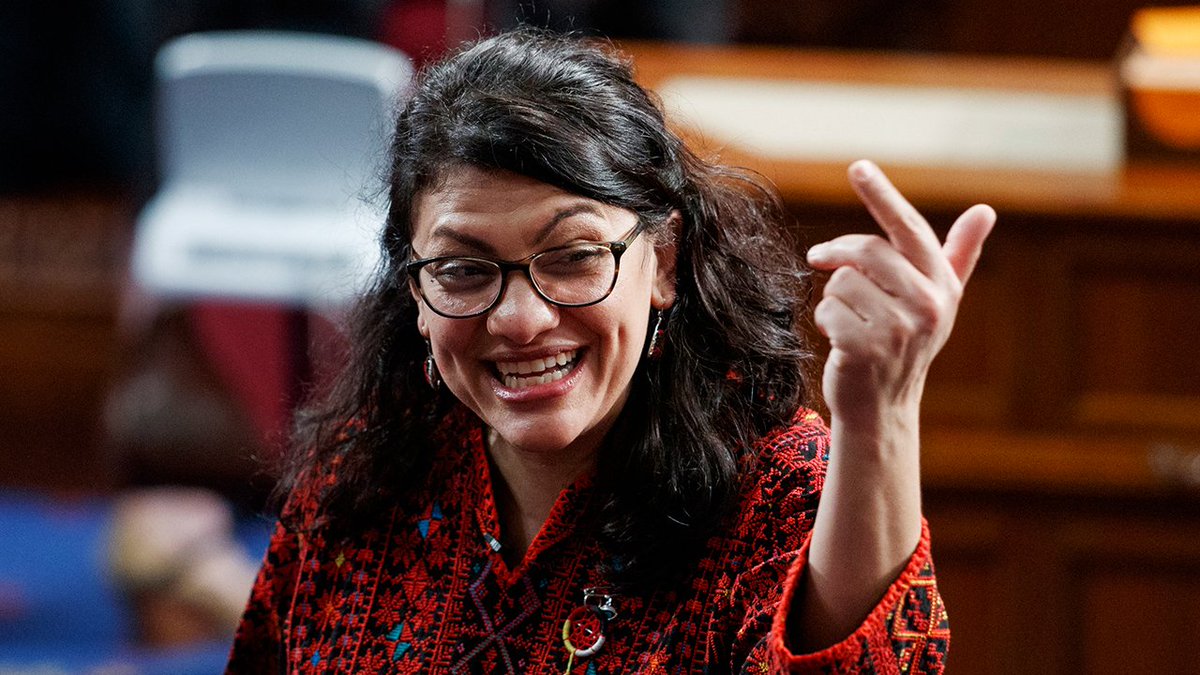 Rashida Tlaib is one of the most controversial Democrats in America.

The freshman Congresswoman constantly finds herself in the middle of scandals and public relations fiascos.

Now things are worse than ever because Rashida Tlaib had one public meltdown. This is why you will be speechless.

The Democrats were going to be outraged at Trump no matter what Trump did.

Their high hopes have not only resulted in an embarrassing acquittal, it’s even helped Trump’s chances of being re-elected go up.

They were just looking for reasons to be outraged at Trump.

Rep. Gerry Connolly, a Virginia Democrat who sat through the State Of The Union called it “A very destructive speech.”

But the real reason it annoyed Democrats is that it gave them very little to hate.

They can’t object to passing a bipartisan drug bill or giving an African American little girl a scholarship so that she can choose where she goes to school.

Rashida Tlaib, a Democrat from Detroit, was probably planning on make a dramatic exit when President Trump mentioned impeachment but the subject didn’t come up so she walked out for a completely ridiculous reason.

Rashida Tlaib who said in the past that the Holocaust gives her a “calming feeling” was so outraged that Trump said the name “Brett Kavanaugh” that she just had to leave the room when Trump mentioned his name.

“I think, you know, even the mention of Brett Kavanaugh for me is a trigger,” Tlaib told MSNBC’s Rachel Maddow, according to The Hill.

“Just as a woman in America, the fact that he, you know, rightfully was accused, and having an incredibly strong woman come before the public and the world and tell her story of sexual assault by this person that was appointed to the Supreme Court is just — I couldn’t stand still and not do anything about it, and I needed to walk away from that,” claimed the Democrat.

If Rashida Tlaib is so sensitive to the names of men who have been accused of rape does she storm out of the room every time that the name Bill Clinton is said?

But Tlaib made it clear that it was her general hatred of Trump that made her leave the room.

“I walked out of that speech. The lies, the bigotry, and the shameless bragging about taking away food stamps that people depend on to live — it was all beneath the dignity of the office he occupies,” said Tlaib. She went on to say. “Shame on this forever impeached president.”

But the real shame is on Rashida Tlaib whose hatred of Trump is so toxic that she refused to stand and honor one of the last surviving Tuskegee Airmen.

“Sitting beside Iain tonight is his great hero. Charles McGee was born in Cleveland, Ohio, one century ago. Charles is one of the last surviving Tuskegee Airmen — the first black fighter pilots — and he also happens to be Iain’s great-grandfather,” is what Trump said.

“After more than 130 combat missions in World War II, he came back to a country still struggling for Civil Rights and went on to serve America in Korea and Vietnam,” he went on. “On December 7th, Charles celebrated his 100th birthday. A few weeks ago, I signed a bill promoting Charles McGee to Brigadier General. And earlier today, I pinned the stars on his shoulders in the Oval Office. General McGee: Our Nation salutes you.”

Rashida Tlaib wouldn’t stand up for that, she would only stand up, and walk out, for her juvenile outrage.