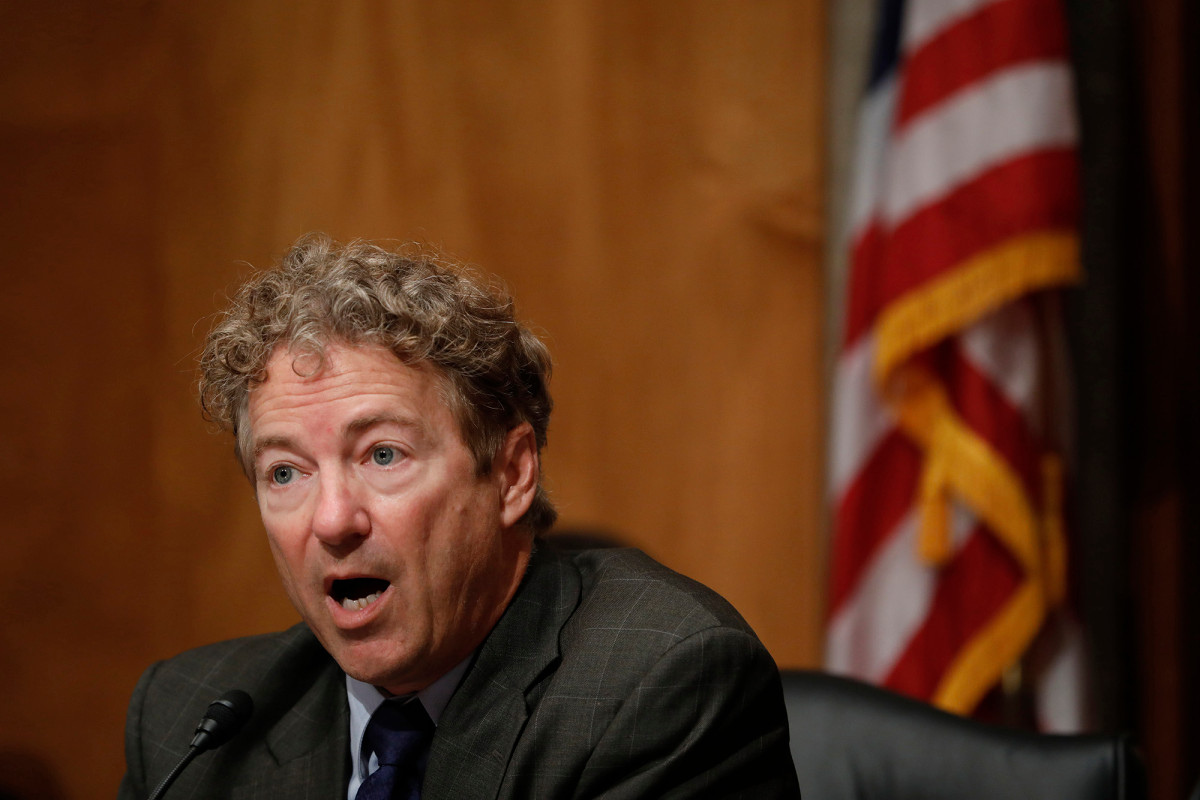 Nancy Pelosi is on the warpath.

The Speaker of the House is setting up one giant fight with Donald Trump.

But Rand Paul pointed out one embarrassing failure that had Nancy Pelosi seeing red.

The socialist wing of the Democrat party has nearly taken over.

While the so-called moderates remain in charge at the top, it won’t be for long, and the heart and soul of the party is with the socialists.

Avowed socialist Alexandria Ocasio-Cortez has 7.5 million Twitter followers, so it’s clear where the energy of the party lies.

Meanwhile, Nancy Pelosi is desperately clinging to power while the wild-eyed socialists in her party are less patient about her incremental approach toward growing government.

In one move to appease the far left base, Pelosi jumped on the train to remove moments as the chilling Cultural Revolution of 2020 continues apace.

However, Senator Rand Paul pointed out something about the Confederate monuments that Pelosi wants removed: nine of the eleven were Democrats.

Hey Nancy glad to see you wanting to expunge the terrible history of White Supremacy, in the Democrat Party!

Democrats always try to obscure the fact that they are the party of slavery, Jim Crow, and the KKK.

It could be argued that Democrats are in a hurry to take down these monuments so they don’t have to confront what their party did.

However, the real reason is that the Democrats cannot control the radical faction of the part that despises America.

Black Lives Matter, for example, was founded by avowed Marxists who are intent on dismantling capitalism and undermining the nuclear family.

The crazy part is they openly state their goals on their website.

Also, the domestic terror group Antifa sows chaos and serves as the militant wing of the left.

Decades of socialist indoctrination on college campuses have spawned radicals who have a visceral hatred for the country.

The only way to set this right is to educate future generations on American patriotism and the value of free markets.

Sadly, the Democrats have either given up on these principles, or they’re too timid to say it for fear of being pilloried by the “woke” mob.

That’s why Democrat mayors are kneeling alongside protesters and allowing autonomous zones to pop up in their cities.