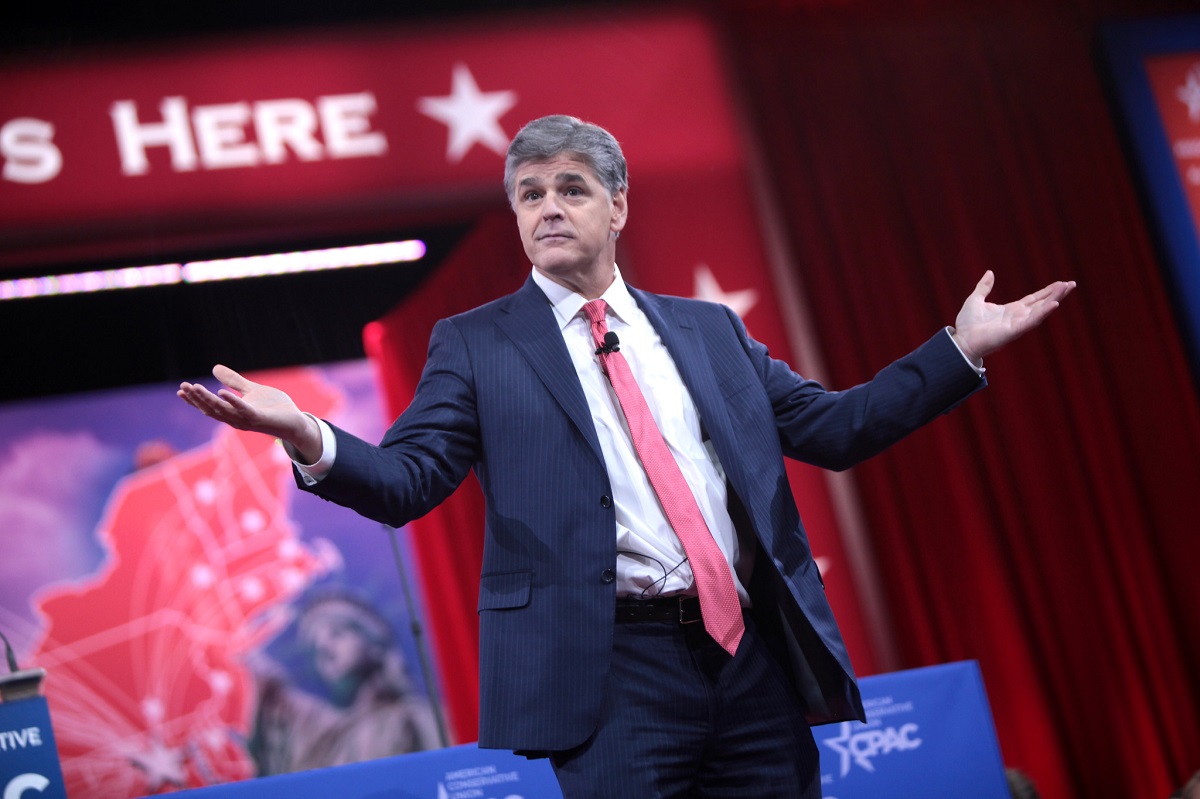 Sean Hannity is one of the biggest stars at Fox News.

But while Fox News is pivoting away from Donald Trump there are questions about Sean Hannity’s future.

And now this former ally made a jaw-dropping prediction about Sean Hannity leaving Fox News.

Escude quizzed Bolling about the new liberal bias on many Fox News programs.

“Obviously you worked for Fox News for a while, and you went and did your own thing, a lot of people don’t realize this, but Fox News is getting more and more liberal and it’s disgusting,” Escude explained. “The father of the Murdoch family died and his son took over and his son is far-left, not to mention George Soros has his hand in the cookie jar and it needs to be stopped.”

Escude then asked Bolling if hosts like Sean Hannity, Tucker Carlson and other pro-Trump on-air personalities would leave Fox for competitors like Newsmax and One America News.

“My question to you is why aren’t people like Tucker Carlson, Jesse Watters, Brian Kilmeade, Sean Hannity — why aren’t they leaving Fox News and joining networks like Newsmax or OANN?” Escude continued.

Bolling explained that popular hosts like Hannity were not likely to leave Fox News because Fox still provides the biggest platform and executives do not try and censor the big names that draw the ratings.

But, Bolling did explain to a cheering crowd that Fox News lost a massive segment of their audience by turning on Donald Trump by prematurely calling Arizona for Joe Biden on election night.

“Here’s what happened guys, let’s be honest with you, I can talk about this, Donald Trump on November 3rd — Fox declared Biden the winner in Arizona. MAGA-world went ballistic, they said ‘I’m not watching Fox News,’ they switched over and they looked and they found Newsmax,” Bolling explained.

“Fox lost about 40% of their audience. 40 percent. That’s a big number,” Bolling added.

But Bolling did say his friends at Fox News Channel were very worried about the ratings decline because they had no idea how to stop the bleeding.

“I have friends still there that say they are very, very nervous about it, they’re sucking wind on it and they don’t know how to turn it around,” Bolling concluded.

Fox News caved to its critics on the left that spent four years slamming the network as “state TV” and tried to use the election to make a clean break with Donald Trump.

But that backfired as the audience revolted.