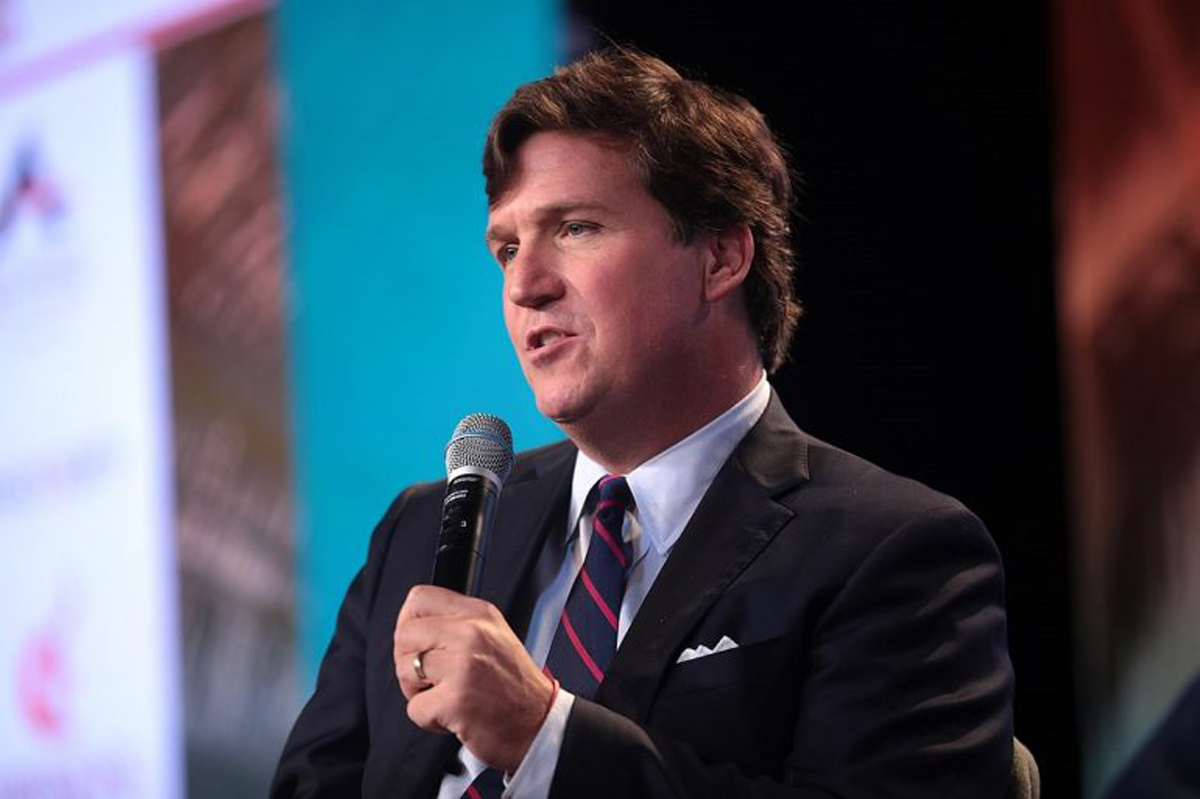 Carlson could be in hot water.

Now, police are about to question Tucker Carlson about a criminal sex scandal.

Tucker Carlson invited Florida Republican Congressman Matt Gaetz on his show so Gaetz could offer his side of the story after The New York Times published a story alleging Gaetz was under federal investigation for sex trafficking in a relationship involving a 17-year-old girl.

Gaetz denied the allegations as false and said he was the victim of the Biden Department of Justice trying to frame him.

As evidence, Gaetz mentioned that Carlson once attended a dinner with Gaetz and a friend the FBI was allegedly harassing.

Carlson responded by brushing Gaetz off and saying he had no idea what Gaetz was talking about.

Mediaite reports that “At two points in the interview, Gaetz involved Carlson personally in the controversy. First, he said that Carlson himself had been accused of a sex crime (an allegation Carlson denied), and later, Gaetz brought up a dinner he and Carlson had once that included a friend of his who was ‘threatened by the FBI.’ Carlson said in response, ‘I don’t remember the woman you’re speaking of or the context at all, honestly.’”

But thanks to Matt Gaetz roping in Carlson with a personal story, Carlson may now be called as a witness in this federal probe.

Attorney Dave Aronberg appeared on MSNBC’s “Morning Joe” and explained that Gaetzreminding Carlson of a time Carlson was out to dinner with Gaetz and his date who was of adult age could have federal investigators seeking out Carlson.

“Yeah, Mika, he may have made Tucker Carlson a witness because on his show, he said ‘Hey, you remember the woman I was with. She was overage.’” Aronberg stated.

To date there is no evidence Gaetz dated a 17-year-old.

Gaetz also told The New York Times that the Department of Justice told Gaetz’s lawyer that Gaetz was a subject and not a target in the investigation, meaning that criminal charges were not being prepared.

This case reminds many of the Russian collusion hoax where the Department of Justice planted misleading and selective leaks in friendly Democrat outlets to try and frame Donald Trump for being a Russian spy.

Once the interview was over, Carlson told his audience that this was the strangest interview he ever conducted.

“You just saw our Matt Gaetz interview. That was one of the weirdest interviews I’ve ever conducted. That story just appeared in the news a couple of hours ago, and on the certainty that there’s always more than you read in the newspaper, we immediately called Matt Gaetz and asked him to come on and tell us more. Which, as you saw, he did. I don’t think that clarified much, but it certainly showed this is a deeply interesting story and we’ll be following it,” Carlson declared.

And now Carlson may be dragged into a criminal investigation.