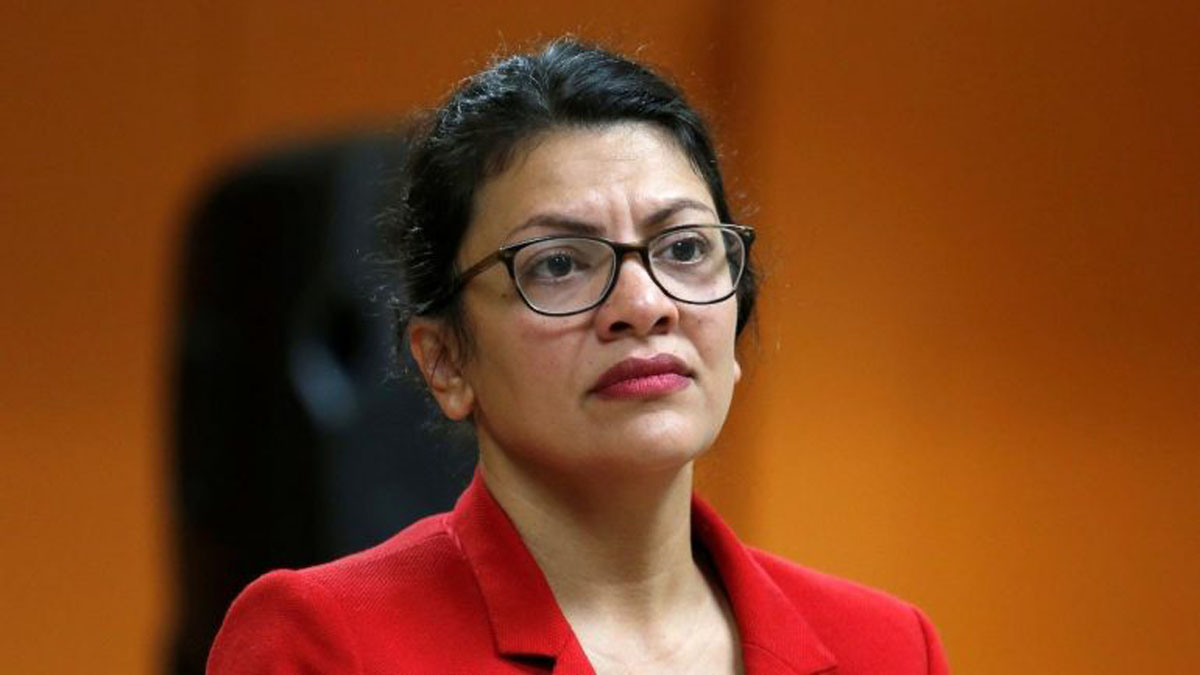 Michigan Congresswoman Rashida Tlaib is one of the biggest troublemakers in Congress.

But there are some lines you don’t cross.

And the police arrested Rashida Tlaib for this insane reason.

This isn’t the first time that Rashida Tlaib has found herself on the wrong side of the law.

The first-term congresswoman who said she was working to arrest White House officials who didn’t immediately comply with Democrats’ impeachment subpoenas has found herself on the wrong side of the law before.

Back in 2018, Rashida Tlaib was arrested along with 17 other people for disorderly conduct according to the Detroit Free Press.

She was at a pro-union rally, “Fight for $15,” and was sitting at a table set up in the street. At a similar protest just days before, eight people were injured after being accidently struck by a pickup truck.

But far from learning her lesson, Rashida Tlaib did the same thing yet again.

According to the Washington Examiner she was arrested again protesting higher wages for Delta workers.

According to The Washington Examiner:

Rep. Rashida Tlaib, a Michigan Democrat, was arrested at Detroit Metro Airport Friday while joining a protest by airline workers.

Photos by a spokeswoman for the hospitality workers’ union UNITE HERE showed Tlaib joining catering workers for Delta Air Lines, who were protesting for higher wages and better healthcare.

Tlaib was detained briefly and then released, according to the ABC affiliate for Chicago.

A spokesperson for Tlaib could not be reached for comment.

Rashida Tlaib posted several tweets about the protest on Twitter.

“We won’t stop until we get #fairwages & #healthcare. These courageous people got arrested tonight at DTW b/c they believe workers deserve human dignity. Shame on you @Delta for leaving workers behind and letting them live in poverty. @unitehere”

“Today, we are calling on Delta Air Lines to say that if it wants to really prove that it cares about the working families more than it does its bottom line, then it will commit to ending poverty in the airline catering industry so one job is enough for all airline workers.”

“Working people in the kitchens at DTW and airports across the U.S. have been hurting for too long, but today we are saying no more.”

Tlaib doesn’t seem to understand that running an airline is a competitive business and if Delta doesn’t look after its bottom line, it will have to lay off its employees who work there.

There’s an old saying that the quickest way to become a millionaire is to be a billionaire and start an airline.

If Delta pays more for its employees, it will have to charge more for flights and people will choose to travel on other airlines.

Donald Trump has found the real way to help create American jobs and raise wages for low income Americans by growing American industry. He did this by cutting taxes and cutting regulation, not by sitting in the middle of a road looking for attention.