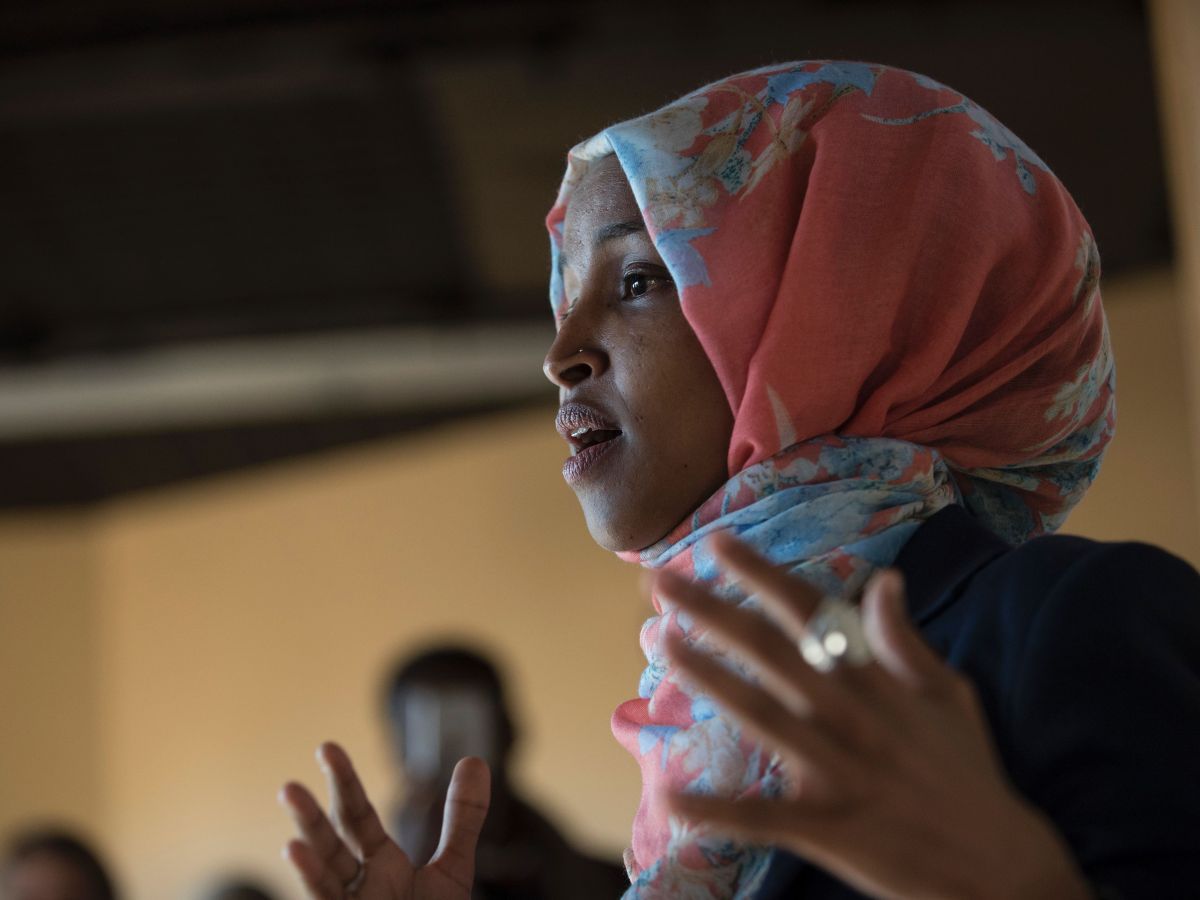 Minnesota Congresswoman Ilhan Omar is on the hot seat.

The controversial Omar has seen multiple allegations of criminal behavior hover over her marriages.

And this photo was the smoking gun in a sex scandal that has Ilhan Omar panicking.

Rumors about her second marriage have consistently plagued the Minnesota Congresswoman for years.

After all, public records show that Ilhan Omar was living with her first husband, who she married in a religious ceremony the entire time.

After she divorced her second husband Ilhan Omar married her first husband again.

Ilhan Omar has denied the rumors.

Ilhan Omar also denied rumors that she had an affair with her fundraising consultant, Tim Mynett, whose firm was paid $580,000 from campaign donations since 2018 and by 2019 Ilhan Omar was paying 40% of her campaign spending.

“More than half of every dollar earned by Mynett’s firm in the entirety of its existence came from Omar’s campaign,” Tiana Lowe noted.

“No, I am not,” Omar said back in August 2019 “As I said yesterday, I have no interest in really allowing the conversation about my personal life to continue and so I have no desire to discuss it.”

Shortly after rumors of the affair got into print Ilhan Omar and her husband announced that they were divorcing.

Now Ilhan Omar has provided absolute proof that there is a romantic relationship between her and Tim Mynett.

She tried to slip the news out as quietly as possible in the middle of a busy new week when she hoped that it wouldn’t be noticed.

Democratic Rep. Ilhan Omar got married. Again. To the boyfriend she swore up-and-down she wasn’t involved with.

The Minnesota lawmaker tied the knot this week with her fundraising chief, Tim Mynett.

“Got married!” Omar announced on Instagram Wednesday evening. “From partners in politics to life partners, so blessed. Alhamdulillah.”

So, why did she lie last year about not being in a romantic relationship with him? The thing that deserves the most scrutiny is the fact that Mynett’s firm has made a lot of money in the last couple of years doing consulting work for his new wife.

In essence, Ilhan Omar paid her now-husband half a million of donated money only to have it become part of her own assets.

Ilhan Omar is showing clearly that she’s an unethical liar.

Her denials mean nothing and it is unclear if all the work that Tim Mynett was being paid for was strictly professional.

The Democrats shouldn’t allow Ilhan Omar to be a prominent member of their party.

If the Democrats have any amount of moral fiber left they should put all their efforts into removing her when she comes up for election this fall instead of turning a blind eye.

Ilhan Omar shouldn’t have any political future after this.