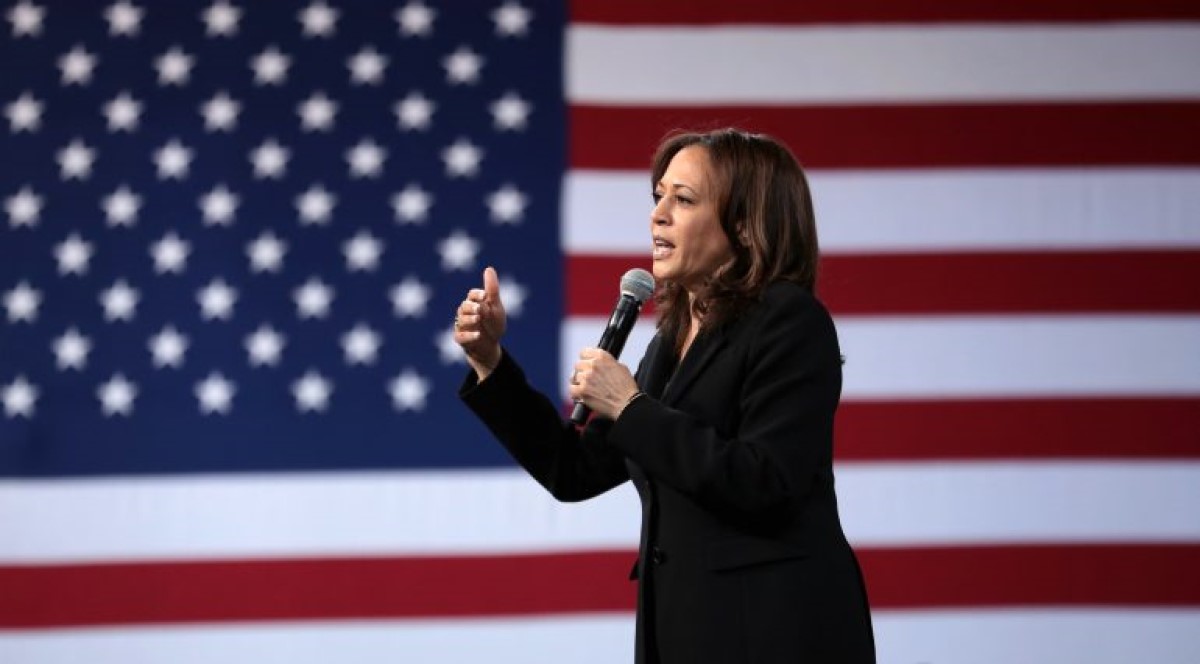 Democrats tried to look past the fact that Joe Biden made a huge mistake in picking Kamala Harris as his running mate.

The more the American people see of Harris, the less they like of her.

And there is one reality about Kamala Harris that every democrat is afraid to admit.

Democrats are livid that the Supreme Court overturned Roe v. Wade and ended the 49-year horror of abortion on demand in all 50 states.

With Joe Biden looking increasingly unlikely to run for re-election in 2024 Kamala Harris would be next in line.

But Harris is even more unpopular and incompetent than Biden.

And Harris sees Democrats like Hillary Clinton, Elizabeth Warren, and Alexandria Ocasio-Cortez staking out ground on the extreme left supporting unregulated abortion up until the moment of birth.

Harris tried to shore up her standing on the left ahead of a 2024 primary by offensively comparing ending abortion on demand to slavery.

Wesley Hunt is a Republican running for Congress in Texas who graduated from West Point and served combat tours in Iraq and Afghanistan.

Hunt slammed Harris for shamelessly invoking race due to the fact that abortion affects black babies disproportionately noting that in 2021 there were more black babies aborted in New York City than were born.

“It’s just flat-out intellectually lazy. But since she wants to bring in race and slavery, like they always do, let’s keep in mind that one-third of all abortions were actually at the hands of Black women, and yet we only represent about 30% of the population. In New York City, there were more aborted Black babies than were born last year. So if we want to talk about race, let’s talk about society that may be comfortable knowing that there is a particular group of people that’s not going to be allowed on this earth at the same rate as everyone else,” Hunt began.

Hunt then blasted Harris for invoking slavery stating that his great-great-grandfather was a slave and now America made so much progress on race that Hunt is now favored to win a conservative, majority-white congressional district.

“And I understand this is a tough topic, but that’s why it was overturned because these topics have got to be discussed at the local and state level. Since we want to talk about slavery, my great-great-grandfather was a slave. Let’s put that in mind. His great-great-grandson is going to be a United States congressman and a predominantly white district. And why? Because we’ve made progress. And every time we make strawman arguments about slavery, we cheapen the people that actually went through slavery. It has absolutely got to stop. Again, it’s intellectual laziness. It’s dog-whistling, and it must stop,” Hunt concluded.

Hunt did not mention the fact that Harris’ father, Donald, wrote in a 2018 essay that he is the descendent of a slave owner from Jamaica named Hamilton Brown.

Kamala Harris absurdly claiming that the pro-life position is the equivalent of slavery is one of the lies Democrats tell black voters.

But the truth of the matter is that of the “disparate impacts” liberals love to claim are caused by systemic racism, none are greater than the racist placement of abortion clinics in majority-black neighborhoods.

Democrats depend on winning 90-plus percent of the black vote to remain electorally competitive.

And what Democrats fear are black conservatives telling the truth about the left’s ideology and dislodging some portion of the black vote from the left’s coalition.