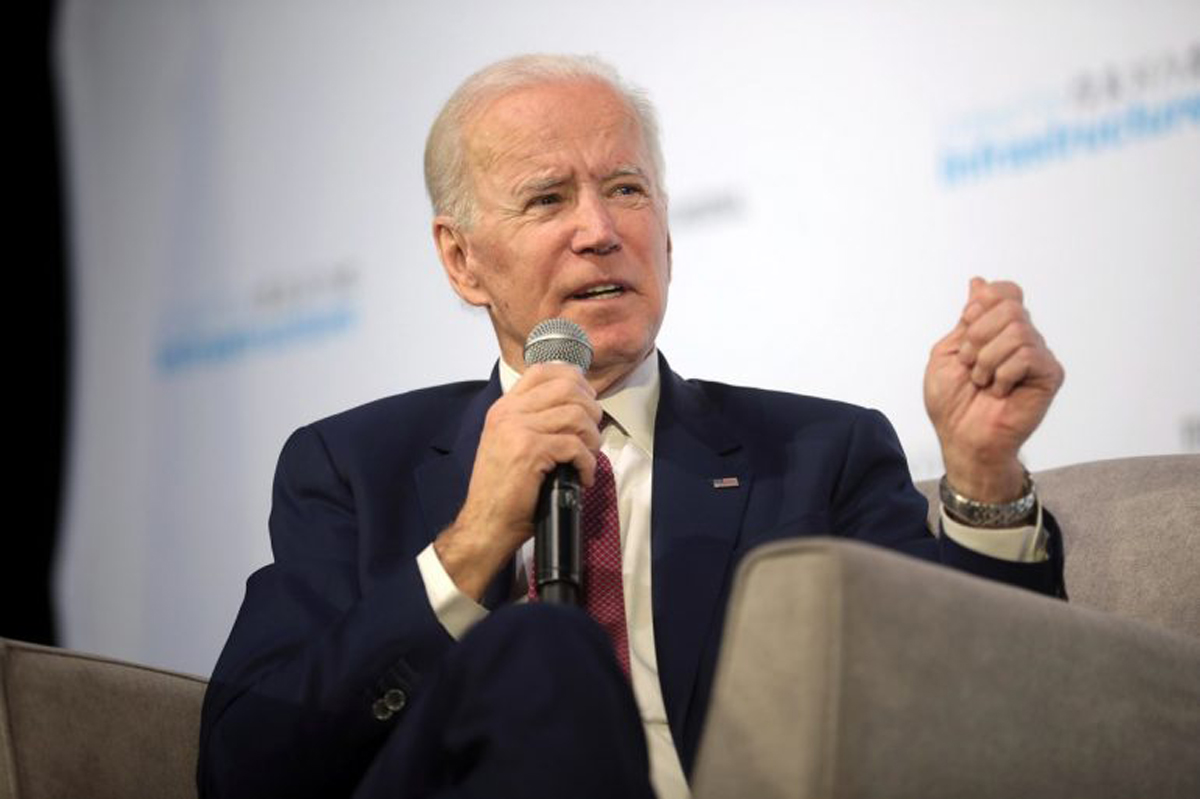 Many Americans are worried Joe Biden’s administration is flying off the rails.

They got some bad news.

And one Marine slammed Joe Biden by raising this red flag.

The left is pushing “defund the police” to force out officers that support Donald Trump and replace them with a woke militia loyal to the Democrat Party agenda.

Similarly, in the military Democrats promote critical race theory and deal a war on domestic extremism to drive out anyone that disagrees with the left’s agenda.

Alaska Senator Dan Sullivan is a Marine Colonel reservist and called out the Biden administration and the corporate media for pushing the lie that “extremists” infiltrated the U.S. military and must be purged.

“Of course we don’t want [extremism] in the ranks at all,” he said. “There are wild claims — wild claims, just pick up the Washington Post everyday, they seem to make them — through anecdotes that somehow our U.S. military is hotbed of extremists, racists, at very high levels,” Sullivan stated.

Sullivan continued on hammering Biden’s number three Pentagon official Colin Kahl for floating the fiction that the military was infected with systemic racism.

“The number three guy for the DOD came here for his confirmation hearing and said he was going to stamp out systemic racism in the ranks… Then I asked him did he ‘have any data to back that up, you’re kind of besmirching a lot of people.’ [The military is an] organization that throughout American history hasn’t been perfect, but has probably been on the forefront of bringing the races together,” Sullivan began.

Sullivan added that when he pressed Kahl for data to prove his claim that the military suffered from systemic racism, Kahl admitted he didn’t have any and was just making it all up.

“When I pressed him on it, ‘No, senator I don’t have any data.’ Well then why are you making that claim? … That’s just baloney. … So can I get your commitment to protect these troops from these kind of wild claims until you look at the data? … The key is data. Let’s get data, before we make these giant, sweeping claims like the under secretary of defense did. I don’t know how the hell he’s going to lead the Pentagon… Trust me, the average soldier is watching and they want someone to defend them, not besmirch them,” Sullivan concluded.

Joe Biden and his henchmen want to smear and demoralize anyone in America that does not practice the proper woke catechisms.

Biden’s goal is to drive them out of wanting to serve in the military so they can be switched out for someone personally loyal to the Democrat Party.

Americans got a preview of this strategy in action when the incoming Biden administration and the FBI purged several members of the National Guard protecting the Capitol ahead of the inauguration because they were supposedly “extremists.”

The left has made significant progress taking control of the upper ranks of the U.S. military.

Officers attacking Tucker Carlson and promoting “diversity and inclusion” serve as milestones marking the left’s success in this endeavor.

The next step is using the fake and nonexistent threat of “extremists in the ranks” to drive out anyone not ideologically compatible with the left’s agenda.