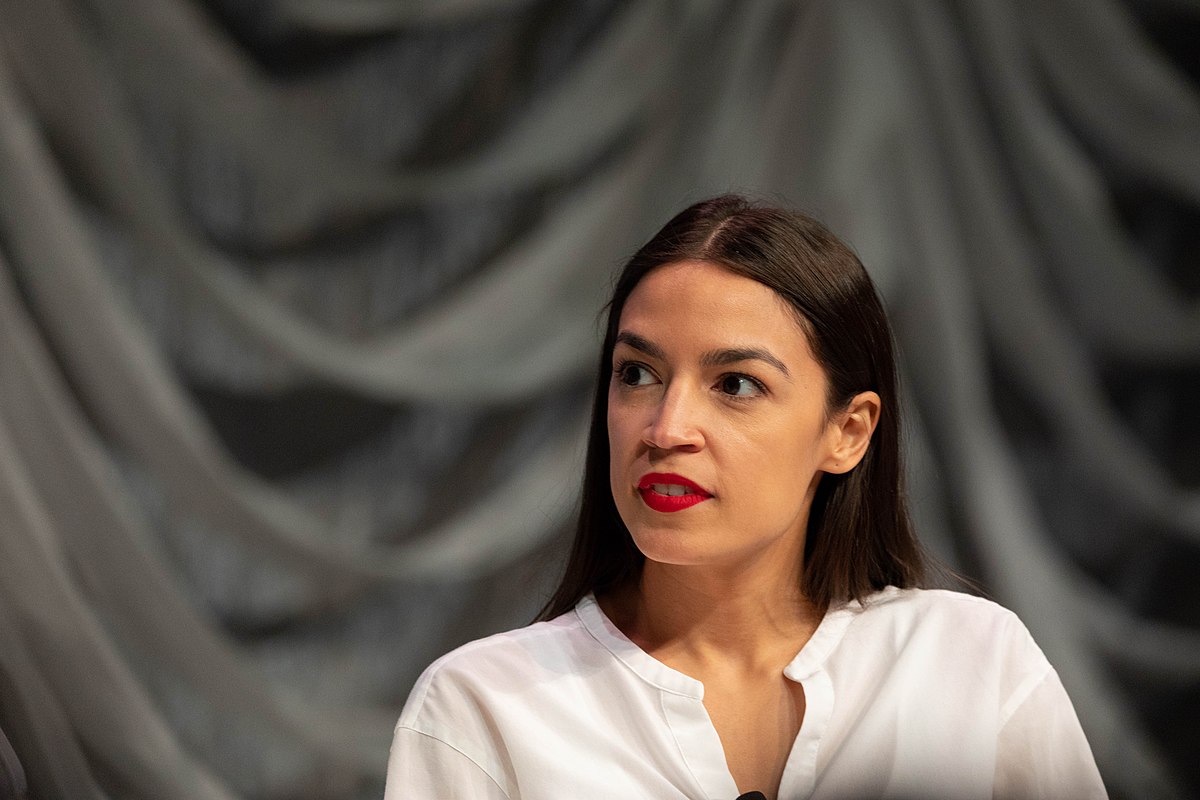 Alexandria Ocasio-Cortez is an expert at complaining.

Unfortunately Ocasio-Cortez likes to let the world know every time something triggers her.

And humiliating video of Alexandria Ocasio-Cortez will make you laugh out loud.

And Alexandria Ocasio-Cortez melted down in one video that will actually make you laugh.

The bill includes a host of left-wing agenda items including a mass amnesty for millions of illegal aliens.

Nancy Pelosi wanted a primetime vote of triumph for the centerpiece of Joe Biden’s socialist agenda that would dominate the next day’s news cycle.

House Minority Leader Kevin McCarthy ruined those plans by delivering the longest speech in the history of the House of Representatives.

McCarthy spoke for 8 hours and 32 minutes – breaking Pelosi’s 2018 record of 8 hours and 7 minutes in support of amnesty – where McCarthy railed against what McCarthy called the Democrats’ “anti-work” and “anti-family” socialist welfare state agenda.

You can watch the video at the bottom of this article.

In the video, Ocasio-Cortez railed about McCarthy opposing the socialist wish list and also hurled a racist remark about Republicans making fun of them for being white.

Agent Smith was the villain from “The Matrix” movies who could assume the identity of anyone in the Matrix and led a group of identical-looking agents that kept the humans in line to prevent anyone from realizing they were living in a simulation.

Ocasio-Cortez told her followers to “look at all those different colored ties and haircuts. I have never seen a more diverse Republican party than the one behind Kevin McCarthy right now.”

Alexandria Ocasio-Cortez – who just whined on the House floor about all the so-called “racism” and “misogyny” directed against her because she got triggered by a cartoon – had no problem firing off racist rants about Republicans and mocking Kevin McCarthy for being stupid.

Ocasio-Cortez snickered at McCarthy ridiculing McCarthy’s ability “to speak for over an hour with one of the lowest vocabularies I have ever seen, coming from a member of House Leadership.

“It is stunning to me how long a person can talk, knowing and exhibiting and communicating so little,” Ocasio-Cortez added.

Now the bill heads to the Senate Republicans who are hoping West Virginia Democrat Joe Manchin is paying attention to the polls at home and votes to kill this socialist scheme.

If I have to suffer through Kevin McCarthy’s speech so can you 🤣 pic.twitter.com/8c4g3iUb34