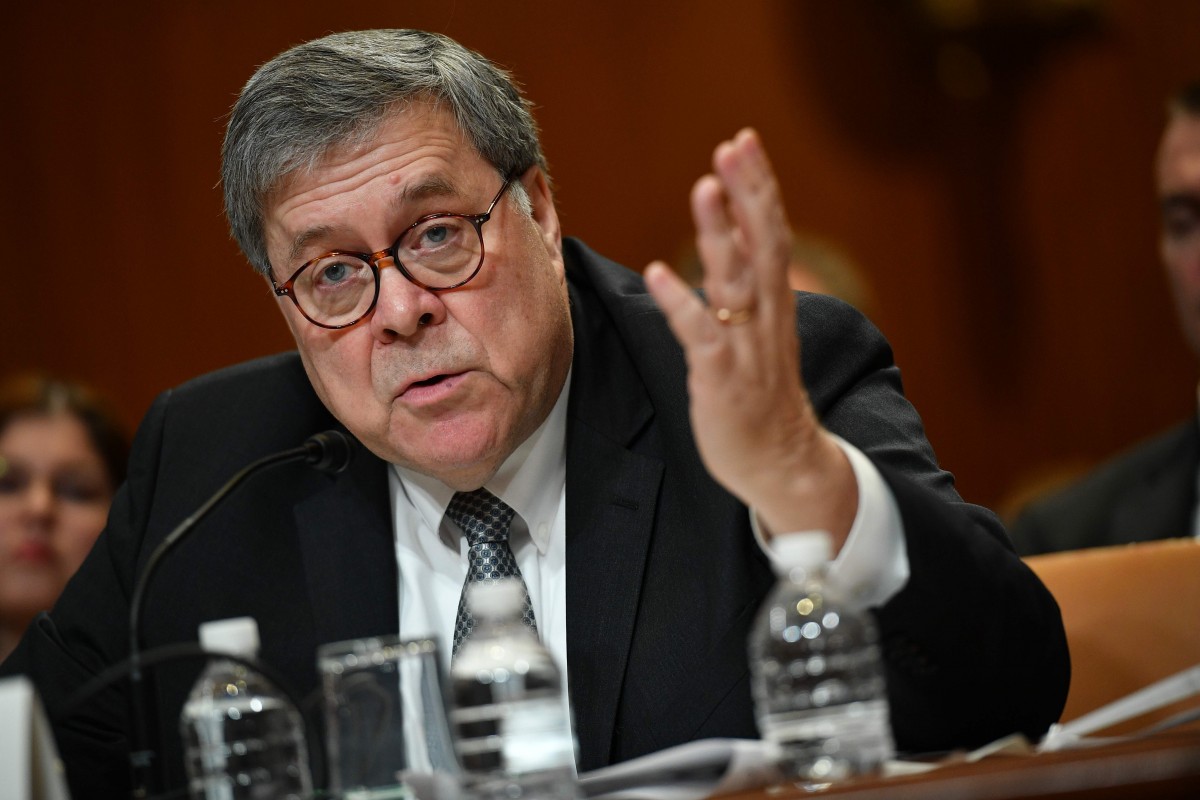 It’s not just Democrats that are out to get William Barr.

One Republican is now conspiring with Nancy Pelosi to destroy Truimp’s Attorney General.

And this Never Traitor did the one thing that left William Barr shaking his head with rage.

Democrats attempt to tar Donald Trump with scandal as he enters the 2020 election cycle has reached a new low.

House Oversight and Reform Committee Chairman Elijah Cummings subpoenaed documents relating to the Trump administration adding a question about citizenship to the 2020 census.

The questions previously appeared on the census for 100 years, but Democrats worry its inclusions will discourage illegal aliens from answering which will dilute their power to gain Congressional districts when the new map is put together in 2020.

President Trump asserted executive privilege over the documents so Democrats on the panel voted to hold Attorney General Barr and Commerce Secretary Wilbur Ross in contempt.

But there was something different about this vote.

Republican traitor Justin Amash – who made waves declaring his support for impeaching President Trump – announced he was defecting to the Democrats for the vote.

Amash previously lied about Attorney General Barr when he falsely claimed that Barr misled the public about the findings of the Mueller report.

Amash tweeted in May that, “Here are my principal conclusions: 1. Attorney General Barr has deliberately misrepresented Mueller’s report. 2. President Trump has engaged in impeachable conduct. 3. Partisanship has eroded our system of checks and balances. 4. Few members of Congress have read the report.”

The only thing Amash told the truth about in that tweet was that few members of Congress read the Mueller report.

But there was good reason.

It was a worthless document put together by partisan hacks to smear President Trump.

Democrats had no need to read the report because they knew anti-Trump fanatic Robert Mueller would deliver a report echoing their talking points.

Republicans had no reason to read the report because it was essentially a rehash of the anti-Trump garbage already spewed on CNN and MSNBC 24-hours a day, seven days a week.

Amash – who claims to have read the whole report – was all too happy to play the role of useful idiot for Nancy Pelosi and her anti-Trump allies.

The Michigan Republican’s support for removing the President allowed Democrats and their tag team partners in the fake news media to now claim impeachment was “bipartisan.”

It also allowed Attorney General Barr’s critics in the fake news and Democrat Party to point to Amash and claim “even Tea Party conservatives” believe Barr lied about the Mueller report.

But the Mueller report landed as a dud because Mueller failed to produce any evidence of criminal conspiracy between the Trump campaign and Russia and failed to charge Trump with obstruction of justice.

Democrats need to discredit Barr to move onto impeaching the President.

And Amash’s unprincipled treachery allowed the Democrats to resurrect the claim of cover up against the Attorney General.

Great American Daily will keep you up to date on any new developments in the smear campaign against Attorney General William Barr.