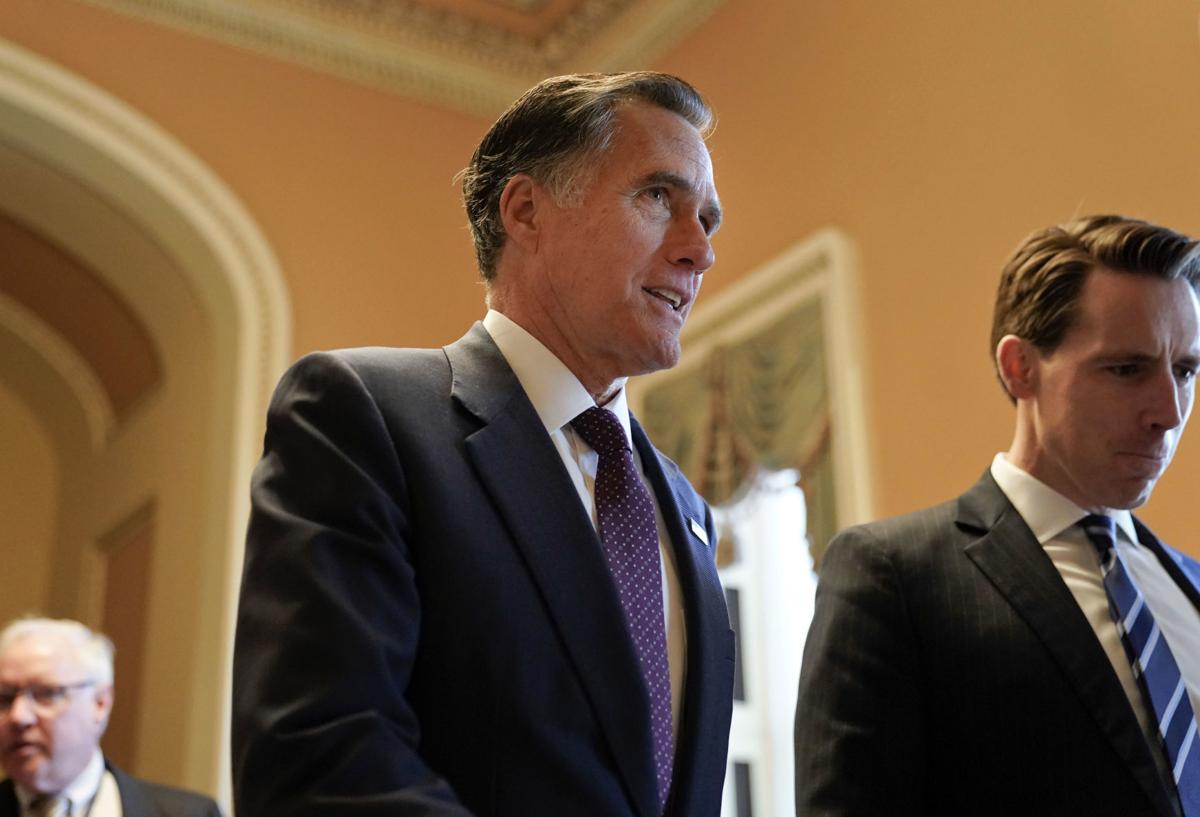 Donald Trump’s enemies within the Republican Party are circling like sharks in the water.

They have not given up on bringing down the President.

And a Never Trump traitor crossed an unthinkable line with this awful betrayal.

Despite being a Republican, Sen. Mitt Romney’s voting record historically looks more like a Democrat’s.

As Governor of Massachusetts, he passed the bill Obama used as the blueprint for Obamacare.

He also enacted an assault weapons ban, angering many Republicans.

As everyone knows, he lost badly.

While running against Barack Obama, he had no chance to defeat him, largely due to just how similar many of his views were with Obama.

It is difficult to contrast yourself from a candidate when the core part of their campaign, which was Obamacare for Obama, is based on a law you wrote.

But even after the humiliating defeat, he went on to run for Senate in 2018.

And due to him being a Mormon, he was easily able to win the race.

Another thing that helped him a lot was support from President Trump.

Even after relentless attacks from Romney, who considered himself a NeverTrumper, during Trump’s 2016 campaign, Trump chose to give him another chance.

But it didn’t take long for Romney to backstab Trump.

Just days after winning his race in Utah, then-Senator Elect Romney took to Twitter to thank the newly fired Attorney General Jeff Sessions, and to throw his support behind Robert Mueller, saying that he hopes his investigation “proceeds to its conclusion unimpeded.”

And now Romney is taking things even further.

In a recent speech, he said that he is “looking at” pushing a carbon tax bill costing “$50 per ton.”

If he succeeds, taxes will be hiked by $2 trillion in its first ten years.

Romney’s statement is one that would be expected from people like Bernie Sanders and Alexandria Ocasio-Cortez.

A $50 per ton carbon tax is downright extreme.

To put it in context, left-wing Washington State recently shot down a ballot proposal to enact a $15 per ton carbon tax.

They result in price hikes on all energy prices that will ultimately get kicked back to consumers.

It would also harm GDP growth, which is hitting historic levels under President Trump.

According to the Congressional Research Service, a carbon tax at $50 a ton will “yield GDP losses each year, ranging from 0.3% to 0.4%.”

Romney is proving exactly why many conservatives are wary of him.

During the 2012 election, many conservatives were speaking out against Romney due to the fact he would govern like a Democrat, despite being a Republican.

Since getting into the Senate, he is proving those people right.

And hopefully, Utah voters reconsider electing him when he goes up for re-election.

Would you vote for Mitt Romney?