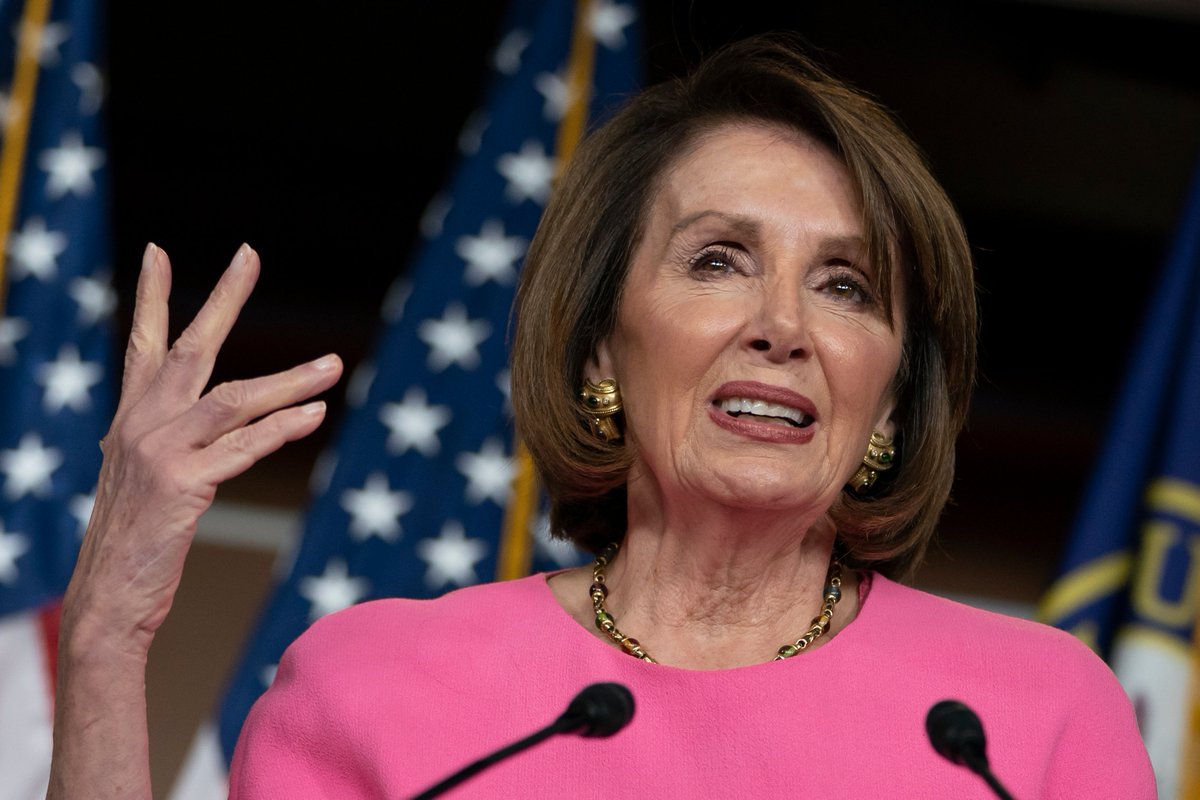 The Democrat Party has a major scandal on its hands.

And it could not come at a worse time.

Now Nancy Pelosi was stunned into silence by William Barr announcing these 236 arrests.

The Democrats’ stance when it comes to the protests makes no logical sense and has no data to back it up.

Last year, 14 unarmed black men were shot and killed by police, according to the Washington Post’s numbers.

20 people in America died from lightning striking them in 2019 alone.

Most people don’t live life worrying that they are going to die from a lightning strike, and yet Democrats are claiming that black men need to live their lives afraid that the police could unjustly kill them.

The American system doesn’t need to be torn down because of police violence but that is exactly what Democrats are trying to do.

Nancy Pelosi referred to protesters as peaceful and called federal law enforcement “Stormtroopers” and claimed that the protesters were merely doing graffiti.

“Cases related to violent opportunists and civil unrest,” DOJ spokeswoman Kerri Kupec tweeted, noting that 74 people in Portland have been arrested, 60 of whom were charged with federal crimes while 236 protesters have been arrested nationally and 238 people have been charged.

The fact that over two hundred people have been charged shows that the protesters were far from peaceful.

Attorney General William Barr says that the way Pelosi has been speaking is highly irresponsible.

Georgia Rep. Doug Collins asked Barr if he thought that Pelosi’s words were encouraging violence against the police.

“The stormtrooper comments by the Speaker of the House, and we know that that is a direct reference to the paramilitary wing of the Nazi Party,” Collins began. “As the son of a state trooper, I want to know your opinion. Don’t you think it encourages the violence that we’re seeing, it encourages this participation against the police?” Collins asked.

If the Democrats want to say that Trump shouldn’t have sent soldiers into Portland, that would be a normal part of politics, but comparing average soldiers doing their job of protecting Americans to Nazis is not okay.

The men who freed the Nazi concentration camps found photos of the guards standing with piles of emaciated people that they had murdered.

To call federal law enforcement officers ‘storm troopers’ is downplaying the horrors of the Holocaust to a meaningless taunt.

No president before Trump would have acted any differently than him.

Here in America, we don’t allow crimes and riots to rage on unchecked.