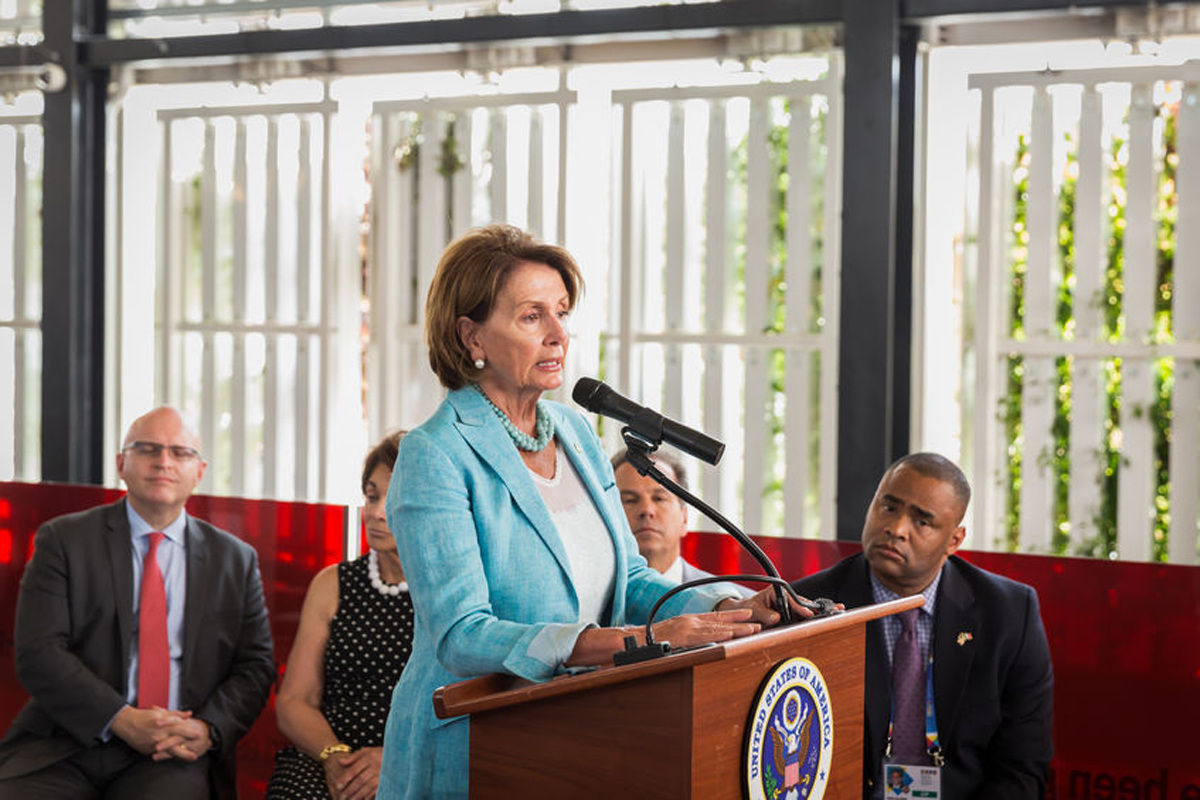 Nancy Pelosi survived a challenger to her leadership.

But that does not mean her grip on power is secure.

Nancy Pelosi got hit with an ultimatum that changed her life forever.

As reported by American Patriot Daily:

Nancy Pelosi has been one of President Trump’s top enemies since he took office two years ago.

And since reclaiming the Speaker’s mantle in Congress at the beginning of this year, Pelosi has worked day in and day out to block the President’s agenda at every turn.

But there’s one line that she has been reluctant to cross the whole time.

Pelosi still remains skeptical of impeaching the President because she knows that polls overwhelmingly show the public is opposed to it, and she remains fearful that if Democrats go down that road they will be throwing away the 2020 elections.

And yet, the rest of her party doesn’t seem to realize the disaster that is about to unfold.

CNN reports, “A majority of House Democrats are now on record publicly supporting an impeachment inquiry into President Donald Trump, according to a CNN count — a sign of momentum for pro-impeachment lawmakers that is likely to ramp up pressure on House Speaker Nancy Pelosi and House Democratic leaders.”

This is nothing short of a political disaster for Pelosi the likes of which she has never seen before.

She has lost control of her own party in Congress.

And now, a majority of them are calling for an action that will almost certainly guarantee the President’s re-election in 2020.

And Pelosi knows it too.

“The current number of impeachment backers may not necessarily, or immediately, change the calculation for House Democratic leadership on how to proceed as Democrats continue their investigations into the President and his administration. But it nevertheless shows that support among Democrats on Capitol Hill for an inquiry is continuing to grow,” adds CNN.

Pelosi is certain that if the Democrats move forward with impeachment, they will start a firestorm that only will end in their chances of victory in 2020 being burned to the ground.

She knows that the public is opposed to impeachment.

And she knows that the votes aren’t there in the US Senate to remove the President from office.

And yet she may be forced to move forward with impeachment proceedings anyway now that a majority of her own caucus supports the move.

All of this has put Pelosi in an unimaginably difficult position.

She either risks destroying the Democrats’ chances of actually defeating Trump in 2020 or she risks losing her position as leader of the Democrats in Congress.

And either path is a lose-lose situation for her.

“Pelosi has downplayed the possibility of impeachment since Democrats took over the majority in January, but has also vowed that the party will hold the President accountable through rigorous oversight of the administration,” concludes CNN.