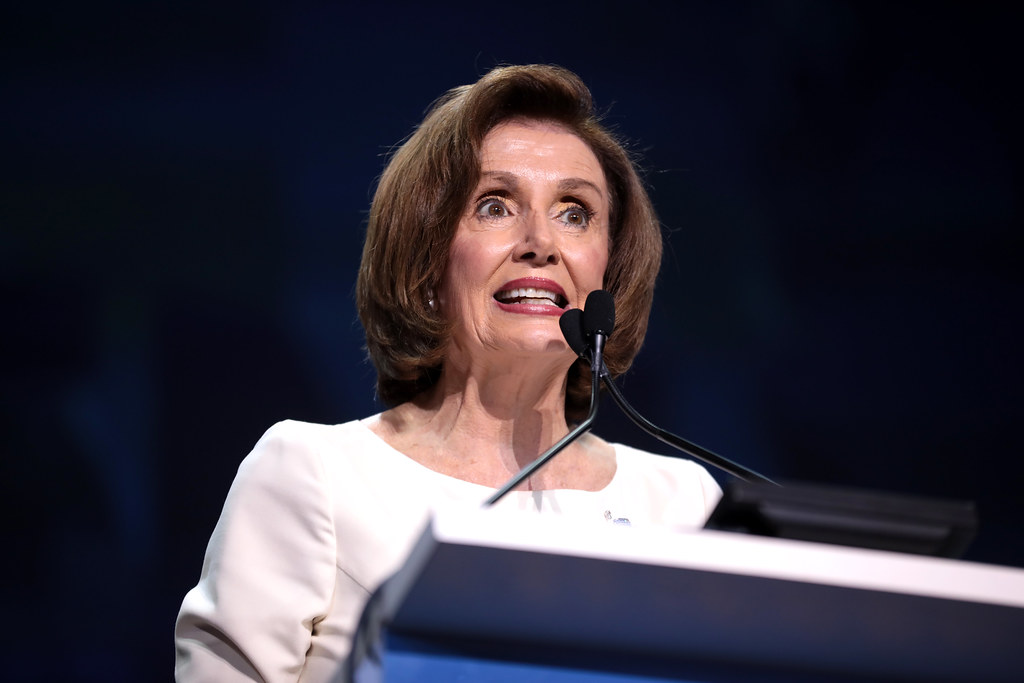 But President Trump has no idea what he is walking into.

That’s because Nancy Pelosi made one ultimatum about the next debate that is bad news for Donald Trump.

In an interview with CBS’s Gayle King, House Speaker Nancy Pelosi doubled down on her assertion that Joe Biden should not debate Donald Trump.

“You had earlier suggested that you didn’t think Biden should debate. Do you still feel that way?” King asked Pelosi.

Pelosi claimed Biden should skip the debate because Trump supposedly would just lie and because of his recent comments where the President stated he refused to concede defeat in the election and would instead wait and see if the contest was free and fair before judging the results.

“I do,” Pelosi responded. “Not that I don’t think he’ll be excellent. I just think that the president has no fidelity to fact or truth, and actually, in his comments the last few days, no fidelity to the Constitution of the United States. He and his henchmen are a danger with their comments, are a danger to our democracy. So, I didn’t want to give him — you know, why bother — you know, he doesn’t tell the truth, he isn’t committed to our Constitution.”

King pressed Pelosi on her use of the word “henchmen” to describe the President’s supporters and asked Pelosi how that was different than the President calling her “Crazy Nancy.”

Pelosi declared she did not care because every time Donald Trump attacks her, Pelosi raises more money to help Congressional Democrats maintain their majority in the House of Representatives.

“Well, I don’t care what he says about me. Every knock from him is a boost for me. If he wants to help me raise money, he can keep knocking me. But I’m speaking truth. Our Constitution is at the mercy of people who have no allegiance to the Constitution of the United States,” Pelosi added.

But there may be something else going on.

Judging who wins and loses a debate is often times a matter of expectations.

Pelosi may be claiming she wants the debates canceled so the Trump campaign and his Republican allies continue to promote the idea Biden is an enfeebled old man that doesn’t even know what day of the week it is.

In that case, if Biden shows up at the debate and manages to string a couple of coherent sentences together, Biden will have “exceeded expectations” and be judged the “winner” of the debate.