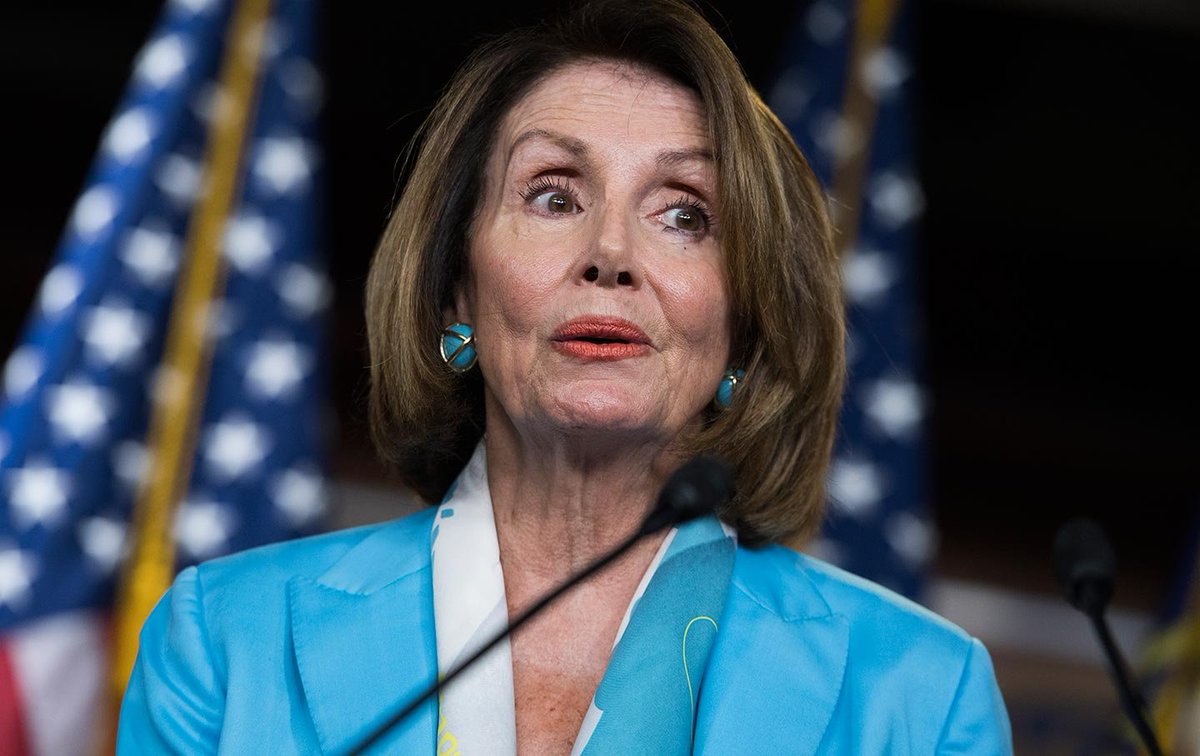 House Speaker Nancy Pelosi built up a reputation over decades in Washington as one of the shrewdest operators in all of politics.

That just got thrown out the window.

And it’s because Nancy Pelosi suffered the one humiliation that will bring her world crashing down.

Recently, both Senate Majority Leader Mitch McConnell and President Trump blasted the Democrats for distracting the administration and the country from preparing for the coronavirus outbreak by staging the impeachment hoax.

Pelosi and the Democrats chewed up valuable weeks, bogging down the Senate and the Trump administration with partisan and ultimately pointless articles of impeachment.

These charges threw Democrats back on their heels and Pelosi tried to deflect them in a softball chat with fake news “reporter” Andrea Mitchell on Mitchell’s MSNBC program.

Pelosi worked to turn the accusation that impeachment distracted the administration from coronavirus preparation as an example of Donald Trump and his team’s incompetence.

“That’s just sad. They can’t handle their jobs, I guess, because what are they saying? We ignored it? It was self-evident. Most people knew about it and certainly those of responsibility,” Pelosi began.

“So I say of that, either you can’t handle your job, but don’t blame impeachment on that. Just blame it on the fact that you didn’t want to face the reality. That denial and that delay cost lives,” Pelosi concluded.

But in reality, China lied to the World Health Organization about the true nature and extent of the pandemic in their country.

As late as January, the World Health Organization was reporting that according to Chinese authorities there was no evidence of the coronavirus transmitting from person to person.

This lie – as well as the false and incomplete data – led to Western governments being caught off guard about how contagious the coronavirus actually was.

Even with the administration fighting the coronavirus blindfolded because of the lies and false reporting from the Chinese, President Trump still banned travel from China and established a coronavirus task force in January.

But many Americans believe there is also no doubt that the Democrats’ impeachment hoax shoved every other story and issue to the background as the President and his allies fought off an attempt to remove him from office.

There is no doubt that once the coronavirus pandemic passes – and this epidemic will eventually come under control – Americans will evaluate both how President Trump and Congressional Democrats handled the outbreak.

What verdict they render will decide not only who is President in 2021, but also which party controls Congress.

These may seem like secondary decisions right now as the nation grapples with the uncertainty of a “once in a century pathogen,” but the day will come when the American people pass judgment on how their leaders performed in a crisis.