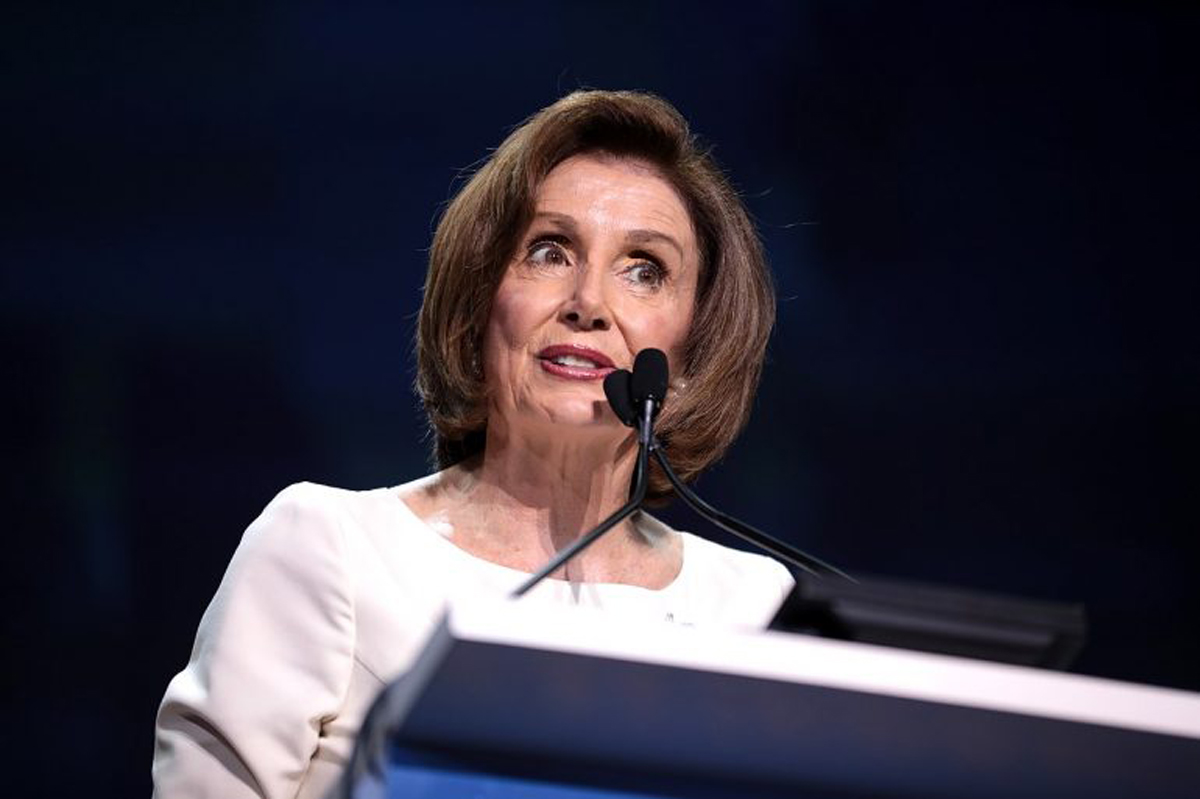 This is one of the all-time swamp stories.

And Nancy Pelosi is at the center.

Now Nancy Pelosi needs to come up for an answer about this shady stock purchase.

Nancy Pelosi has made a fortune since she was first elected to office.

And like many career politicians, her insane amount of wealth has raised several eyebrows over the years.

But now, Pelosi and her husband have been caught in one massive stock scandal that is leading Americans to wonder how career politicians like her are able to amass such large fortunes.

Nancy Pelosi, as speaker of the House, holds one of the most powerful positions in America.

She is technically third in line to the office of president, and as leader of one of the two chambers of Congress, it gives her tremendous influence over the federal government and everything it does.

That includes corporations and Wall Street, both of which are regulated by politicians like Pelosi.

And now, it’s clear that Pelosi is making millions off of the very companies she is in charge of regulating.

In a shocking report written by Glenn Greenwald, a left-wing reporter nonetheless, it appears that Nancy Pelosi’s husband may have had advanced knowledge that companies’ stock prices were about to surge.

Greenwald writes, “House Speaker Nancy Pelosi (D-CA) is the sixth-richest member of Congress, according to the most recent financial disclosure statements filed in 2019. As the California Democrat has risen through party ranks and obtained more and more political power, her personal wealth has risen right along with it.

“And ever since ascending to the top spot in the House, Pelosi and her husband, Paul, keep getting richer and richer. Much of their added wealth is due to extremely lucrative and ‘lucky’ decisions about when to buy and sell stocks and options in the very industries and companies over which Pelosi, as House Speaker, exercises enormous and direct influence.”

The news is a stunning revelation of how politicians in DC can get rich off of their elected offices.

And the red flags in the Pelosi Stock Scandal are all over the place.

“To underscore the towering conflict of interest at the heart of Speaker Pelosi’s self-enrichment, consider the company in which the Pelosis traded most often: Apple. Buying and selling in that one company accounted for 17.7% of the Pelosis’ overall trading volume,” adds Greenwald.

“And yet, during this same period, Pelosi held at least one private conversation with Apple CEO Tim Cook about the state of Apple and possible effects on the company from various pending bills to reform Silicon Valley.”

But it wasn’t just Apple that Pelosi benefited from.

Her husband recently bought millions of dollars’ worth of Amazon call options with strike prices shortly before news had broke that the company had secured a major government contract that sent the stock price skyrocketing.

The call options enabled Pelosi’s husband to multiply his gains even more than if he had simply bought the stock itself, as each call option is worth 100 shares of stock.