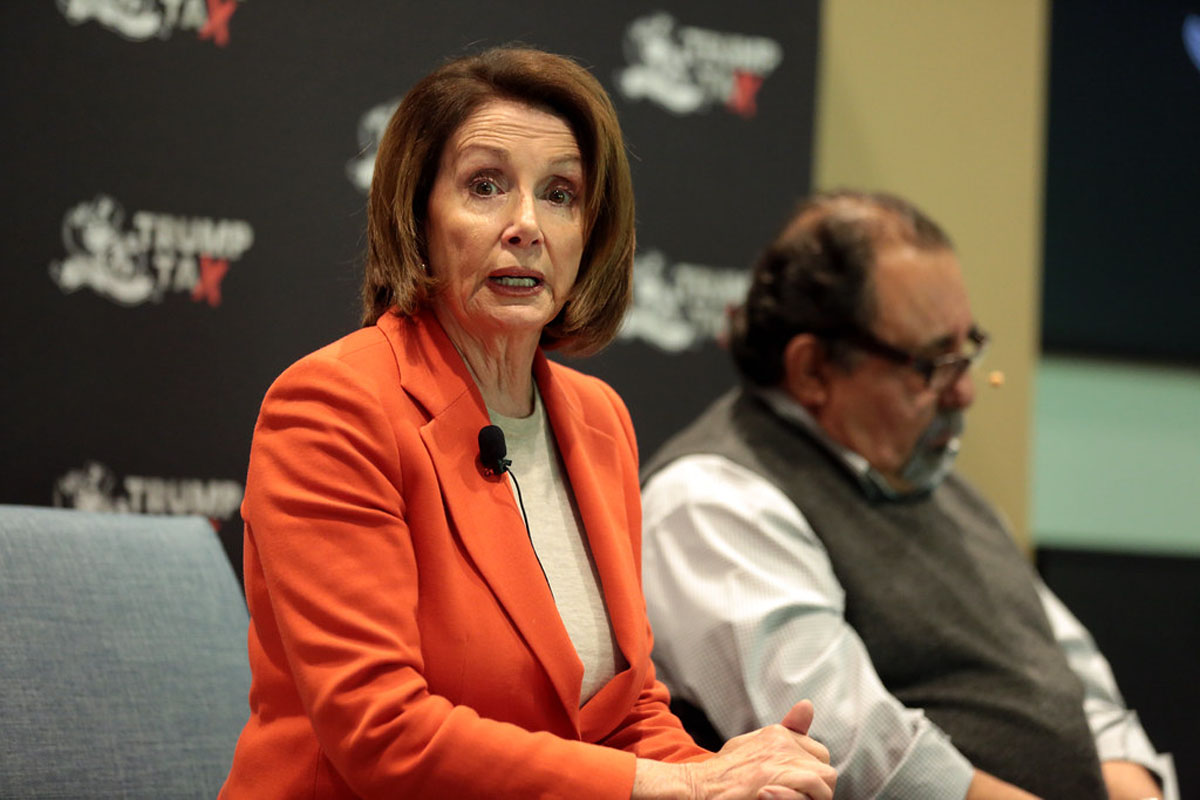 Nancy Pelosi reigned over Washington the last two years as Speaker of the House.

But after a humiliating defeat on Election Night Pelosi is in hot water.

And Nancy Pelosi found out some bad news about being removed as Speaker of the House.

The only questions in their minds were how high the blue wave powering the Democrats’ takeover would crest and how many seats they would pick up in Congress.

Internal Democrat polling suggested the party would gain as many as 15 seats in the House and expand their majority to the massive numbers last seen in the early years of the Obama administration after the Democrat wave elections in 2006 and 2008.

The voters had other ideas and the polls were wrong.

Donald Trump overperformed expectations of strategists in both parties and Republicans shocked all the experts by gaining what could be as many as 10-12 seats and slicing the Democrats’ House majority to the barest margin.

When parties lose elections they look for a scapegoat.

“Democrats are beginning to grapple with what happened Tuesday night. The spin is pretty weak gruel, but here it is, for your situational awareness: The polling was bad, and Dems lost a few more incumbents than they thought they would’ve a year ago. Of course, a year ago, 250,000 people hadn’t died from Covid-19. But that’s all Hill Democrats have at the moment,” POLITICO reported.

But POLITICO reporters – and Nancy Pelosi superfans – Jake Sherman and Anna Palmer did not believe any Democrat would step up and challenge Pelosi.

“Will there be any change in the Democratic leadership either in the House or Senate? You know the saying: You can’t beat someone with no one,” POLITICO also reported.

However, Palmer and Sherman were wrong.

And some so-called “moderate” Democrats are looking to field a candidate to oppose Pelosi for Speaker in the next Congress.

“Stung by their party’s disappointing showing at the polls Tuesday, two moderate House Democrats say they and other centrists are privately discussing a plan that was unthinkable just 24 hours earlier: throwing their support behind a challenger to Speaker Nancy Pelosi (D-Calif.). The two Democrats told The Hill on Wednesday that they were reaching out to their colleagues about backing one of Pelosi’s top lieutenants, Democratic Caucus Chairman Hakeem Jeffries (D-N.Y.), for Speaker. […]  One of the two lawmakers who spoke to The Hill said a number of Democrats representing suburban and exurban districts had been talking about the need for a change,” The Hill reported.

Dislodging Pelosi as Speaker of the House would be a heavy lift.

But after the Democrats suffered a polling meltdown and failed to deliver Donald Trump the decisive defeat many on the left hoped would allow Democrats to impose a new way of life on, Democrats will surely engage in some form of a circular firing squad.