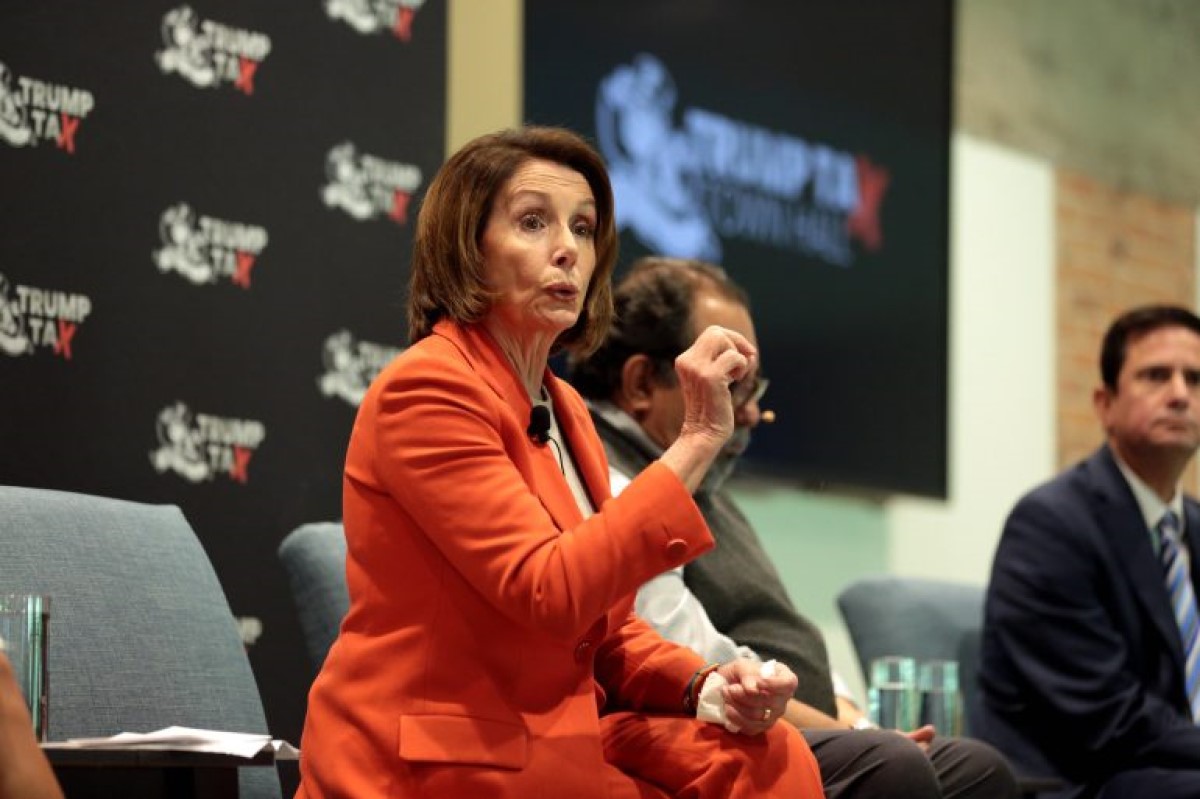 Nancy Pelosi and Joe Biden are at odds.

It shows just how weak Biden really is.

And now Nancy Pelosi rejected Joe Biden in the most public way possible.

On July 20 Joe Biden told reporters the military did not want Nancy Pelosi to go through with her planned trip to the nation of Taiwan.

“Well, I think that the military thinks it’s not a good idea right now,” Biden stated. “But I don’t know what the status of it is.”

Communist China does not recognize Taiwan’s independence and appears to be planning military action to conquer the island nation by force.

A propagandist affiliated with Communist Chinese state media named Hu Xijin even went so far as to propose the People’s Liberation Army shooting down Pelosi’s plane if the speaker tried to fly to Taiwan.

“If US fighter jets escort Pelosi’s plane into Taiwan, it is invasion. The PLA has the right to forcibly dispel Pelosi’s plane and the US fighter jets, including firing warning shots and making tactical movement of obstruction. If ineffective, then shoot them down,” Xijin posted on Twitter.

But Pelosi ignored Joe Biden bending the knee for the Communist Chinese and followed through with her trip to Taiwan.

In 2023, the year in which the legislation would increase tax revenue most, individuals making less than $10,000 per year would pay 3.1% more in taxes and those making between $20,000-30,000 per year would see a 1.1% tax increase, the JCT analysis showed. Tax revenue collected from those making $100,000 per year or less would increase by $5. House Speaker Nancy Pelosi is planning to visit Taiwan, with meetings scheduled with government officials on the self-ruled island that China claims as its own, according to a person familiar with the matter, raising the prospect of increased tensions between the U.S. and China.

People whom Mrs. Pelosi is planning to meet with in Taiwan have been informed of her imminent arrival, this person said, though some details remain in flux. Some of Mrs. Pelosi’s meetings have been scheduled for Tuesday evening, but most are set for Wednesday, the person said, adding that they include, but aren’t limited to, Taiwanese government officials.

“She’s definitely coming,” the person said. “The only variable is whether she spends the night in Taipei.”

Joe Biden emboldened Communist China’s aggression towards Taiwan by floating the idea that Pelosi should not make her trip.

This follows a pattern of Biden feeding the worst impulses of dictators around the world through his weakness.

And now Communist China senses Biden is feeble and in mental decline leading to a heightened chance of war over Taiwan.