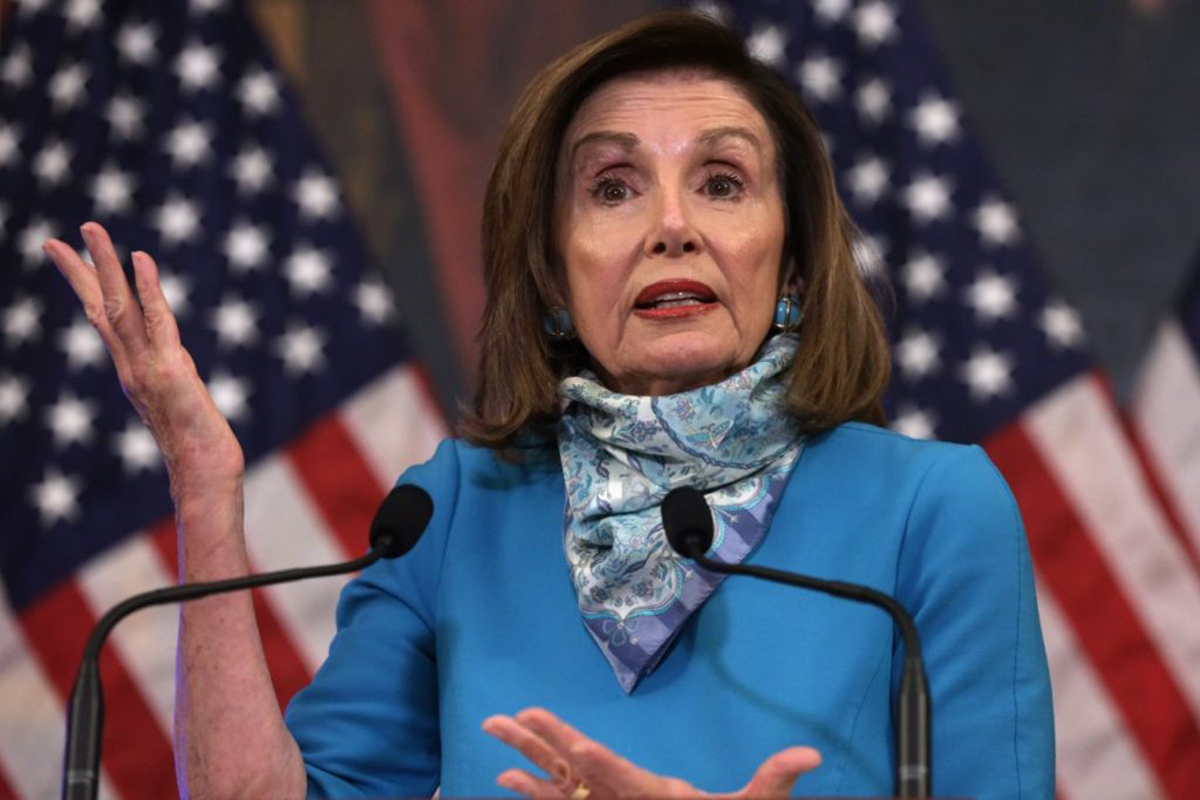 Democrats like to think that Nancy Pelosi is untouchable.

But they got some bad news.

And that’s because Nancy Pelosi made a giant mistake when she picked a fight with this military mother.

The race for New York’s 22nd Congressional took three months to decide and Tenney was ultimately declared the winner by a margin of 109 more votes.

Tenney requested to have her son, a graduate of the Naval Academy and an active duty Marine, join her for the ceremony.

“I just would have loved to have my son with me. I raised him as a single parent,” Tenney said on “Fox & Friends” Friday. “We’ve been with each other, nothing greater day than his graduation from the U.S. Naval Academy, it was such an honor and now he is serving our country.”

Pelosi claimed that Covid restrictions were the reason that she’s denying the request but Tenney said that people sworn in last month were allowed to have a family member present.

“We’ve asked repeatedly, can I just have my son in the gallery,” Tenney said, adding it was not like she requested him to be on the House floor. “There was no reason indicated.”

Tenney claimed there was “no discussion of COVID,” and added that her son “manages COVID protocols” in the marines.

“We just thought it was the least we could ask,” Tenney said, adding that her son, ultimately “waited outside the gallery door.”

“It was nice of him to take time out of his busy job serving our country to come and support me as I got sworn into the House,” Tenney said, adding that him not being able to be physically with her during the swearing in was “very disappointing and we got no real answers as to why this was denied.”

She added: “He was disappointed. He just wanted to be there for me. We are very close.”

Yet at the same time Pelosi is keeping thousands of National Guard troops deployed in DC until the end of March.

“Myself and several of my colleagues have asked Nancy Pelosi for a briefing as to why do we need these troops here, and we have received zero information, zero,” Rep. Lisa McClain said Monday on “Fox & Friends.”

“It’s amazing to me that she can do this without any disclosure, without any information and just continue to spend money with no briefing,” she went on.

Pelosi is perfectly fine bringing large groups of the military together without giving any rationale to the American people but she doesn’t feel that it’s safe to allow Tenney to allow a single member of her family to come to her swearing in.