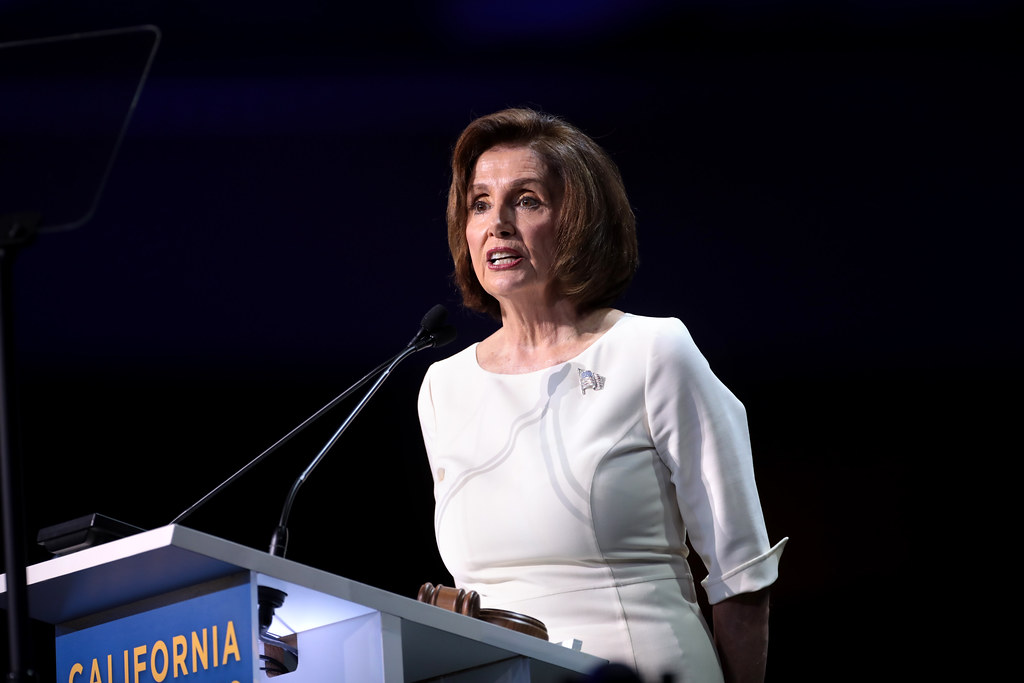 Nancy Pelosi is past her prime.

The Speaker of the House is now causing problems left and right for her party.

And Nancy Pelosi used one phrase that every Democrat candidate will pay for.

The Democrats are becoming increasingly radical by the day.

It used to be the Democrats and Republicans could come together on some issues like the fact that the military and police are good institutions that benefit America.

Even a few short months ago, Nancy Pelosi would have agreed that police are good, but the whole Democratic Party has abruptly caved to the radical left after the death of George Floyd.

Nancy Pelosi went so far as to compare federal officers in Portland to murderous Nazi soldiers, referring to them as “unidentified Stormtroopers.”

Pelosi tweeted on July 17: “Unidentified stormtroopers. Unmarked cars. Kidnapping protesters and causing severe injuries in response to graffiti. These are not the actions of a democratic republic. @DHSgov’s actions in Portland undermine its mission. Trump & his stormtroopers must be stopped.”

They are federal officers with name patches on their uniforms that are handing over protesters to local authorities.

“First Amendment speech should never be met with one-sided violence from federal agents acting as Trump’s secret police, especially when unidentified. This is disgraceful behavior we would expect from a banana republic — not the government of the United States,” she continued.

“When you see such libelous, slanderous comments from people who know better — Let’s not kid ourselves, the speaker of the House knows that she is using Nazi allusions to refer to correct, professional law enforcement officers,” Cuccinelli said on Fox News.

“If I was a CBP agent or ICE agent, or FBI agent — and if I was an FPS agent — I might sue for libel,” he suggested.

The Democrat leadership are suggesting that the protesters, some of whom are committing crimes, are doing nothing wrong, while law enforcement trying to keep the peace are evil.

Before Nancy Pelosi says another word against the police, she should get rid of the security that is keeping her safe night and day.

The scariest thing about the Democrats at the moment is that they don’t care if American cities burn, they don’t talk about the lives that have been lost in the protests or the rising murder rates.