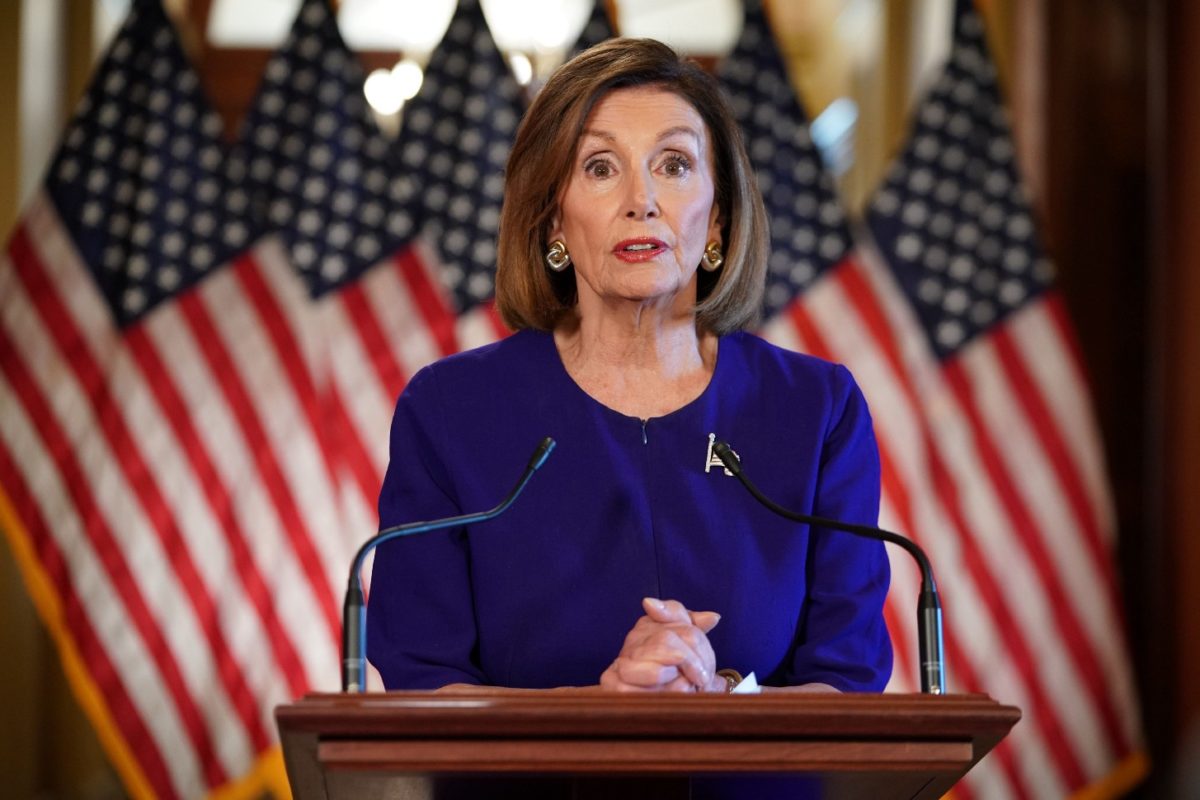 Democrats like Nancy Pelosi have long been hostile to the United States military.

Americans thought even San Francisco liberals like Pelosi had lines they wouldn’t cross.

But Nancy Pelosi just insulted every member of the military. This photo is proof.

The Iranian government escalated tensions with the United States by firing tens of ballistic missiles at United States Air Force Bases at Al-Assad and Irbil in Iraq.

It was noteworthy that Iran did not use crude weapons like rockets fired from their terrorist proxies in Iraq.

Iran’s military handled the attack by firing their most advanced missiles from their own homeland.

This represented a dangerous escalation by the rogue government in Tehran.

At 7:31PM Pelosi tweeted, “Closely monitoring the situation following bombings targeting U.S. troops in Iraq. We must ensure the safety of our service members, including ending needless provocations from the Administration and demanding that Iran cease its violence. America & world cannot afford war.”

Instead of monitoring the situations, Pelosi was hobnobbing at a restaurant opening with her well-connected pals.

Pelosi may not care about the fate of troops stationed in Iraq.

But the American people do.

And the Trump administration sought to keep them up to date on the Iranian attacks.

The Department of Defense tweeted out the following statement in response:

At approximately 1730 EST on Jan. 7, Iran launched at least a dozen ballistic missiles against U.S. military & coalition forces in Iraq. It is clear that these missiles were launched from Iran & targeted at least two Iraqi military bases hosting U.S. military & coalition personnel at Al-Assad & Irbil. We are working on initial battle damage assessments. In recent days & in response to Iranian threats & actions, the DoD has taken all appropriate measures to safeguard our personnel & partners. These bases have been on high alert due to indications that the Iranian regime planned to attack our forces & interests in the region. As we evaluate the situation & our response, we will take all necessary measures to protect & defend U.S. personnel, partners, & allies in the region. Due to the dynamic nature of the situation, we will continue to provide updates as they become available.

The question now is how the United States will respond.

If Iran did not kill any American soldiers, this could be a sign Iran launched a face-saving response that they knew would not invite a larger and more powerful United States retaliation.

Normally in these situations, elected officials of both parties come together to protect American troops in harm’s way.

Pelosi’s statements in this matter make it clear her loyalties and sympathies are not with the United States.

The Speaker would rather see the United States surrender to Iran than watch Donald Trump successfully navigate this crisis.

William Barr Held One Letter in Hand. What it said Had All Hell Breaking Loose