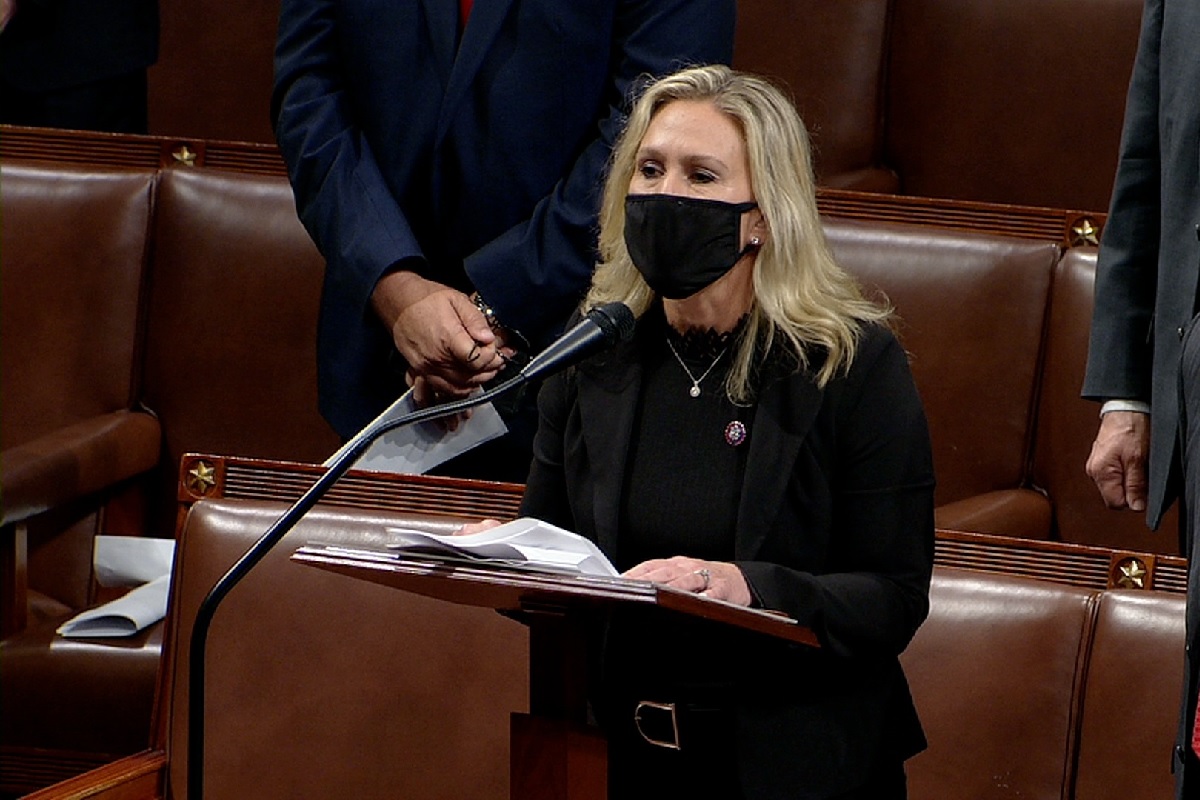 Democrats just got done with their second impeachment of Donald Trump.

But that doesn’t mean the talk has died down.

And now Nancy Pelosi is faced with a new article of impeachment that will change everything.

Greene argued that unlike the Democrats’ two wild goose chase impeachments against Donald Trump, there are actual real charges and evidence against Joe Biden to support impeaching Biden for abusing his power when he served as Barack Obama’s Vice President.

“President Joe Biden is unfit to hold the office of the Presidency. His pattern of abuse of power as President Obama’s Vice President is lengthy and disturbing,” Greene declared in a statement announcing the articles of impeachment against Biden. “President Biden has demonstrated that he will do whatever it takes to bail out his son, Hunter, and line his family’s pockets with cash from corrupt foreign energy companies.”

Greene cited Biden confessing in an event at the Council of Foreign Relations that he demanded a quid pro quo where the Ukrainian President would fire prosecutor Viktor Shokin who had been investigating the energy company paying his son $50,000 per month in exchange for one billion dollars in American aid.

“President Biden is even on tape admitting to a quid pro quo with the Ukrainian government threatening to withhold $1,000,000,000 in foreign aid if they did not do his bidding. President Biden residing in the White House is a threat to national security and he must be immediately impeached,” Greene added.

“President Biden gravely endangered the security of the United States and its institutions of government. Through blatant nepotism, he enabled his son to influence foreign policy and financially benefit as a result of his role as Vice President. He supported his son engaging in collusion with Chinese Communist party-linked officials. He allowed his son to trade appointments with his father and other high-ranking administration officials in exchange for financial compensation. He permitted his son to take money from Russian oligarchs, including Elena Baturina, the wife of the former mayor of Moscow,” Greene’s statement continued.

Hunter Biden’s former business partner Tony Bobulinski told Tucker Carlson that Joe Biden’s involvement in a potential deal with the Communist Chinese government-linked CEFC energy company was so worrisome as Biden was “compromised” and Americans could not trust any decision Biden made in dealing with China.

Critics contended Biden engaged in corruption and abuse of power throughout the presidential campaign.

But Biden’s allies in Big Tech and the fake news media censored and suppressed these stories to hide this information from the American people.

Marjorie Taylor Greene filing articles of impeachment against Joe Biden will eventually force a debate on these credible allegations.