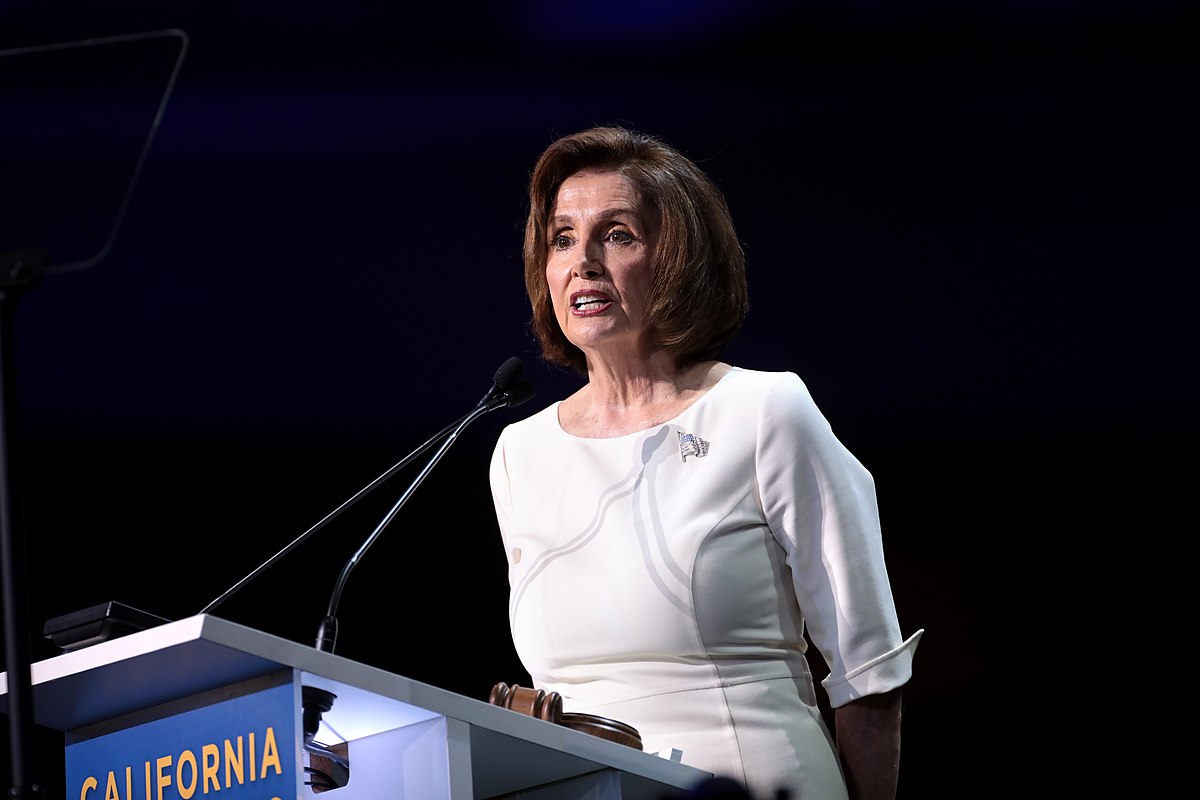 Nancy Pelosi reigns over Washington as Speaker of the House.

But Pelosi just got some bad news.

Nancy Pelosi has one major problem with the police that could cost her job.

There’s no way Nancy Pelosi wants to live by the agenda that the radicals are pushing.

Congress is the legislative branch. In others words, they are responsible for making laws.

Without law enforcement, there isn’t any reason for Congress to exist because the laws that they made could never be enforced.

Defunding the police will cause more problems than it could ever solve.

The police are getting three times as many calls from Seattle’s “autonomous zone,” which was set up by Antifa protesters, as they would normally.

There have been rapes and robberies that the Seattle police have not been able to respond to.

Without police to enforce the rules, “might makes right” becomes the law of the land.

That is a world where biological women are at a distinct disadvantage.

Nancy Pelosi has a large security detail as Speaker of the House to keep her safe.

Sen. Orrin G. Hatch, who was President pro tempore of the Senate, mentioned having 23 armed guards to watch him around the clock.

His security was mentioned as being second only to the Speaker of the House’s.

One former cop pointed out that Nancy Pelosi and Congresswoman Alexandria Ocasio-Cortez should defund their own security first before defunding the police and “lead by example.”

Tom Homan, who worked as a cop for over three decades, spoke out against the calls to defund police at the “We Back Blue” event in D.C.

“Schumer and Pelosi are not speaking up,” he said before pointing out that “we’re all against” racism.

“No one’s going to justify that, but they’ll stand out on a moment’s notice and defend people that are in here in the country illegally in violation of law, but they won’t stand out there and defend the men and women who leave the safety and security of their home every day … to defend their communities,” he added. “They haven’t said a word.”

Ocasio-Cortez has fully embraced the defunding the police movement and Homan had a suggestion for her.

“She says we should defund the police, and we should all make sacrifices. Okay. So lead by example,” he commented.

“Let’s take the law enforcement officers that provide them 24/7 law enforcement security. If they want to take protection away from the American people in their communities, lead by example,” Homan added.

Ocasio-Cortez, who lives in a luxury apartment building, said that defunding the police “looks like a suburb.”

In Washington D.C. where Ocasio-Cortez lives, thereare “seven times as many cops on patrol per square mile as the city’s more violent areas,” USA Today reported.

While Ocasio-Cortez and Nancy Pelosi may not support the police, they are still the ones protecting them.