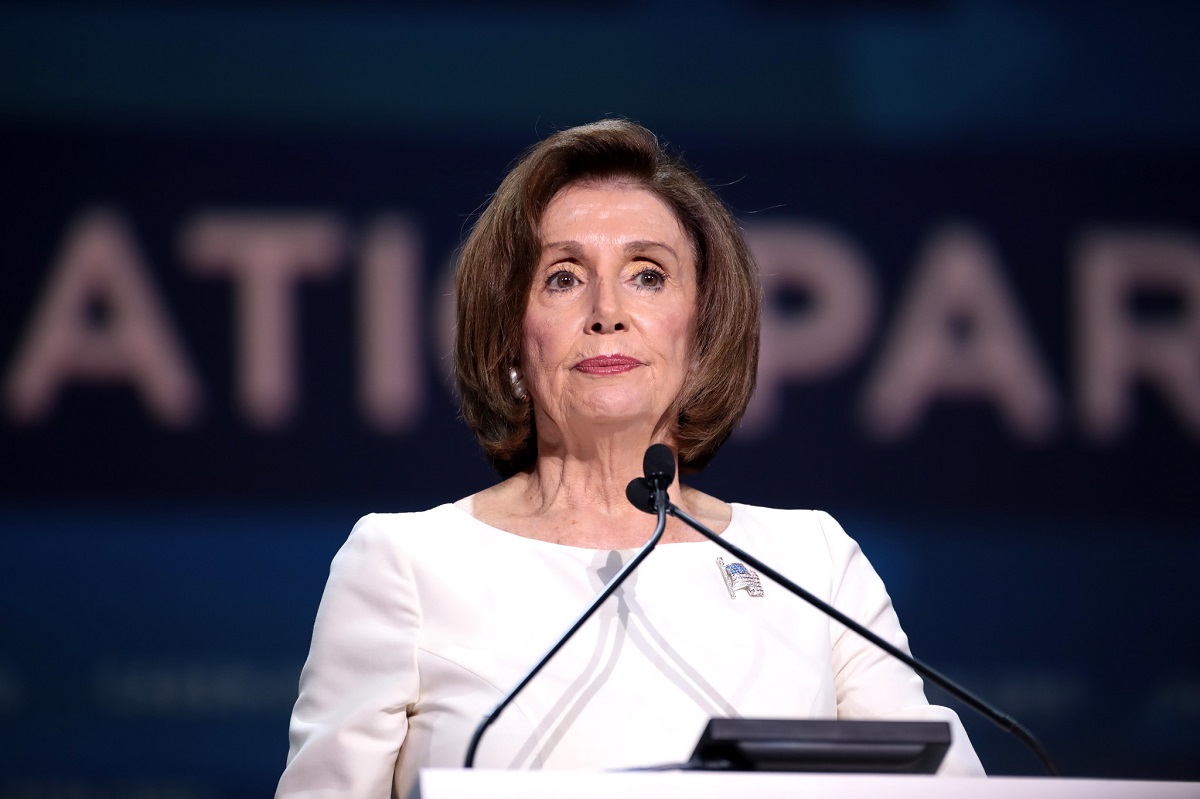 Nancy Pelosi is about to have to contain a growing scandal.

And that’s because Nancy Pelosi is about to have one major problem the next time she goes to Church.

Nancy Pelosi claims to be a Catholic.

At one point she is even made the absurd statement that she prayed for Donald Trump on a daily basis.

But many Catholics believe Pelosi is a pretend believer.

That stems from the fact that Pelosi rejects 2,000 years of church teachings by supporting abortion on demand.

San Francisco Archbishop Salvatore J. Cordileone—the Archbishop in Pelosi’s district—authored a document entitled “Before I Formed You in the Womb, I Knew You,” which calls out elected officials who claim they are Catholics but support the holocaust of abortion.

Cordileone argued that if Pelosi continued to support abortion, then priests should deny Pelosi the sacrament of Communion.

“If you find that you are unwilling or unable to abandon your advocacy for abortion, you should not come forward to receive Holy Communion,” Cordileone said. “To publicly affirm the Catholic faith while at the same time publicly rejecting one of its most fundamental teachings is simply dishonest.”

Cordileone argued that if the highest-profile elected officials who are professing to be Catholic support abortion, it will only serve to undermine confidence in church teachings.

Pelosi was not the only high-profile alleged Catholic called out by a high-ranking Bishop for being a fraud.

The U.S. Conference of Catholic Bishops’ Committee on Pro-Life Activities Chairman Kansas Archbishop Joseph Naumann called out Joe Biden for falsely claiming to be a devout Catholic while supporting abortion.

“Because President Biden is Catholic, it presents a unique problem for us,” Naumann told the Associated Press. “It can create confusion. … How can he say he’s a devout Catholic and he’s doing these things that are contrary to the church’s teaching?”

Catholic voters are the swing voters that tend to decide elections.

And with key Senate races in states like Pennsylvania and Wisconsin where there is a strong Catholic vote, U.S. bishops condemning high-profile elected Democrats like Pelosi and Biden for being frauds could tip Catholic voters to punish Democrats next November.